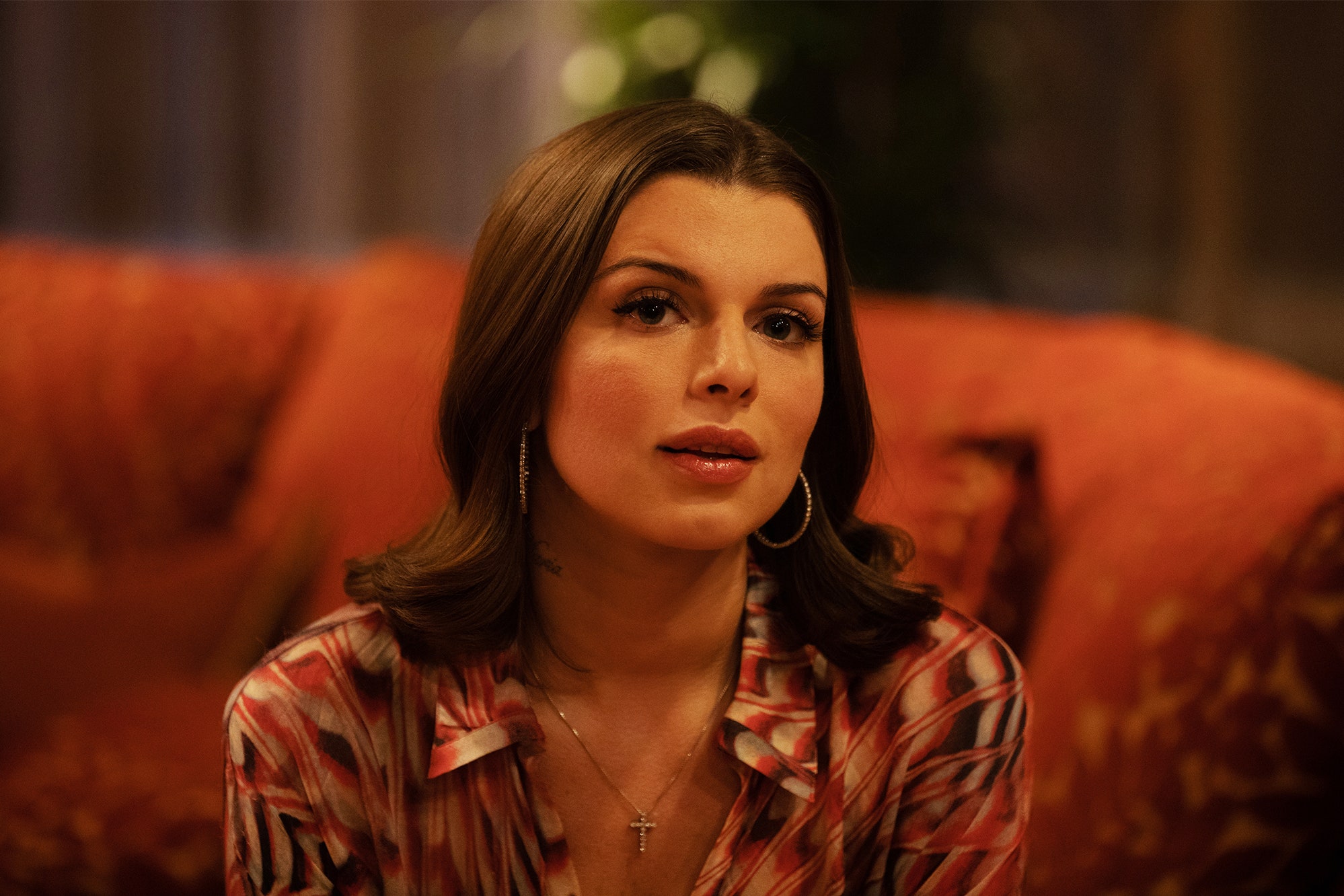 The latest streaming service has arrived with HBO Max, which pulls together what was offered on the HBO platform with quite an expanded library. While the WarnerMedia platform is certainly the most scattered of its competitors in terms of the range of content, if you dig deeper, there’s plenty of worthwhile offerings. Led by the Studio Ghibli catalog, they also have a Turner Classic Movies channel, featuring Criterion Collection classics, a Charlie Chaplin collection, landmark westerns, all of the A Star is Borns, Citizen Kane, Casablanca, The Abyss, and more. Happy watching.

To look at Frank (John Hawkes) and Sean Fogle (Logan Lerman) is to see two very different men. The former is a loving husband with a perpetual smile and the latter is his surly, incarcerated son. If not for the woman connecting them, they’d have gone their separate ways long ago without any room for reconciliation. Nothing will therefore be left once the Fogle matriarch (Andrea Irvine’s Anna) succumbs to cancer. Frank will become a widower trying (and faltering) to survive on his own while Sean will be released from prison to head west and not look back. To spend some time with them, however, is to realize they’re actually quite similar. One retreats emotionally while the other lashes out, but anger and shame rules both. – Jared M. (full review)

On the Record (Kirby Dick and Amy Ziering)

Kirby Dick and Amy Ziering’s conventional but powerful new documentary On the Record is as much about the personal struggle of Drew Dixon and others in telling their stories of horrifying sexual misconduct at the hands of hip-hop legend Russell Simmons as it is about how the voices of black women have been marginalized throughout history, leading to a reticence to speak out, especially in these last few years. It’s an emotional gut-punch of a film that will have one appalled that Simmons continues to thrive in the industry and enraged at the systemic limitations endured by black women, resulting in a lack of career advancement and a fear of societal rejection if they go against their own culture. – Jordan R. (full review)

Ready or Not (Matt Bettinelli-Olpin and Tyler Gillett)

The set up is ingenuously simple, with Grace (Samara Weaving) about to marry into the affluent Le Domas family. The family money comes from a diverse spectrum of amusements, beginning with playing cards and now encompassing both board games and multiple sports teams. Her fiancé Alex (Mark O’Brien) tells her the day of the wedding that in order to be accepted by the family, she has to play a game with them at midnight, a game determined by a strange little puzzle box that will spit out a playing card with a game printed on it. – Brian R. (full review)

Everybody’s dealing with some form of isolation—see: David Lynch and Martin Scorsese spinning gold—and although Squeegee was made pre-COVID, Morgan Krantz’s new short thus hits in some profound ways. Not that it’s a serious meditation on the inner self: it’s a jokey short about (explicit) sexual expression between an office worker and window-washer, appreciable for its humor and admirable in the exploiting of small space and limited range for contact. A recent Vimeo Staff Pick and featured title on Short of the Week, it’s now streaming for free. – Nick N.

Where to Watch: Vimeo

There’s no better time to experience the endlessly playful, often epically long films of Jacques Rivette. The Criterion Channel is spotlighting a trio now, including his first feature Paris Belongs to Us as well as a pair of his greatest achievements: the three-plus hour Céline and Julie Go Boating (1974) and the nearly four-plus hour La belle noiseuse (1991). Having recently watched both for the first time, they offer no shortage of intrigue and insight about friendship and the creative process. Each is wholly engaging from beginning to end–even as you watch paint dry.

The transcendent central performance by Adam Sandler, the masterful cacophony of synths and percussion on Daniel Lopatin’s score, the incredible ways it builds and amplifies tension; much has been made of the latest film from Josh and Benny Safdie. A focal point of cultural discourse for months before its general release, it’s easy to forget there’s a beating heart at the center of Uncut Gems underneath the widespread fixation on Sandler’s instantly viral jeweled Furby and the layered aesthetics of the Safdies’ vision of New York. It’s this core that ties everything together and helps the film ascend to true greatness. Bolstered by an unrelenting tension and endless formal pleasures, the film never loses sight of a bigger thesis. – Logan K. (full review)

The Vast of Night (Andrew Patterson)

Whereas many a sci-fi film begins with a touch of the extraterrestrial to whet the appetite, The Vast of Night is far more interested in setting its foundation in the power of storytelling for an audience and the obsession on the part of the storyteller. Set in a small New Mexico town in the 1950s with no shortage of the kind of analog recording equipment fans of The Conversation and Blow Out will appreciate, this impressively polished microbudget production follows a young, impressionable switchboard operator Fay (Sierra McCormick) and a know-it-all radio DJ Everett (Jake Horowitz) over a single night as something mysterious comes through their airwaves. As bravura camerawork guides their intriguing journey, James Montague and Craig W. Sanger’s script also knows when to take a breath, focusing on the peculiar tales of potential alien encounters in the community. While a few too-prescient touches pull one out of the experience and its inevitable conclusion leaves a bit to be desired, The Vast of Night is a mightily admirable and entertaining tale that heralds the birth of a career to watch. – Jordan R. (full review)

I Will Make You Mine (review)
Straight Up (review)