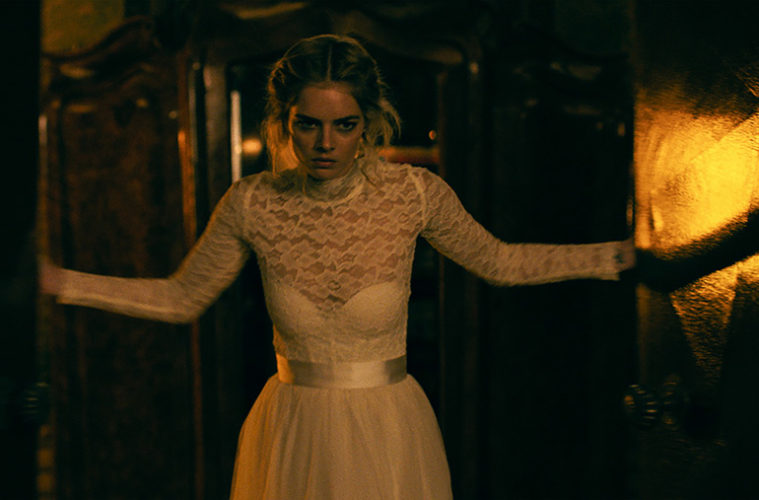 ‘Ready or Not’ Review: A Gooey, Gruesome, and Hilarious Summer Surprise

For as long as there has been a Hollywood, there have probably been jokes that there are no original ideas in Hollywood; but modern cinema seems to court that concept more than ever. Sure, novels and cartoons and comic books seem like logical intellectual properties to plunder for movie ideas, but games? This decade we’ve seen a blockbuster based on the board game Battleship; a horror film based on the spiritualist talking board, the Ouija; and of course there was the comedy about friends who always play a game of tag. So, sure, why not make a movie based on the game hide and seek, with a genre spin for good measure?

With that simple setup, one could reasonably expect either a gloomily pretentious or absurdly self-serious film. Thankfully writers Guy Busick and Ryan Murphy seem to have begun their writing process by mocking the central concept, landing a few good punchlines, and then realizing that by leaning into the absurdity they could create a gooey, gruesome, hilarious story. Thus, with their script and the game participation of the cast and crew, Ready or Not ends up, against all odds, becoming one of the best, most enjoyable surprises of the summer movie season.

The set up is ingenuously simple, with Grace (Samara Weaving) about to marry into the affluent Le Domas family. The family money comes from a diverse spectrum of amusements, beginning with playing cards and now encompassing both board games and multiple sports teams. Her fiancé Alex (Mark O’Brien) tells her the day of the wedding that in order to be accepted by the family, she has to play a game with them at midnight, a game determined by a strange little puzzle box that will spit out a playing card with a game printed on it.

This is a strange request, made only more ominous by the fact that the Le Domas family is, to be frank, a bunch of oddball scoundrels who you wouldn’t want to ride the subway with, let alone play a game with at midnight—even if it was just Go Fish. Mom and dad (Andie MacDowell and Henry Czerny) are a pair of intense, disconnected WASPs who have too much money to have any room for tact or social grace. Aunt Helene (Nicky Guadagni) is a white-haired gargoyle genetically designed to stare intimidatingly. Meanwhile the other children, David and Emilie (Adam Brody and Melanie Scrofano), and their families are no better—a collection of drunks, cokeheads, and general victims of affluenza.

It would almost be a surprise if this rogues gallery didn’t intend to turn the game of hide and seek into a Most Dangerous Game-style hunt to sacrifice Grace to satan to ensure the continuation of their wealth. Which, by the way, is exactly what they do. The setup is absurd, overly complex, and populated by such bizarrely precise, singular caricatures that the whole thing becomes, purposefully, hilarious from the moment we first grok what is going down. That Grace remains willfully blind to the madness about to envelop her is a measure of her love of Alex and her desire to have the perfect life she dreamed of in her foster homes.

The genius here is in the escalation of the madness and absurdity, the cartoonishness of the wealthy sociopaths juxtaposed against Weaving’s pie-eyed optimism and hope, which then melts into her incredible resolve. In every movie like this you wish there were a character reacting in the way that a normal person would, and there’s hardly a more appealing and aspirational audience identification character than Grace. Weaving imbues her with the perfect mix of incredulousness, weariness, and profane exasperation, and every time she lands a punch or lets loose a string of curse words, you can feel the catharsis.

Directors Matt Bettinelli-Olpin and Tyler Gillett ladle on the perfect amounts of aesthetically earnest creepiness and dread while also maintaining a strong and knowing wink to the audience. The tone management in this film is remarkable, and the blur of the absurd and the real is such that both the horror, the drama, and the comedy is kept on a dizzying high wire. This is a vertiginous and enthralling ride, with enough twists and turns to keep those who require more than just atmosphere and humor and gore in their movies firmly on the edge of their seat and constantly guessing what will happen next.

Ready or Not can be read as a trenchant (figurative) evisceration of how wealth and power corrupt through generations, and the way in which the siren song of wealth and comfort can lead one to (figuratively or literally) sell one’s soul. It can also function equally as well as an irreverent and gory bit of mean-spirited fun. The fact that these two reads can elevate one another when taken together without suffering when broken apart is a minor miracle. Then again, “minor miracle” can describe almost any small, original film that rises above the franchise rabble, and so applying the term to Ready or Not isn’t just logical, it is downright mandatory.

Ready or Not opens on August 21.