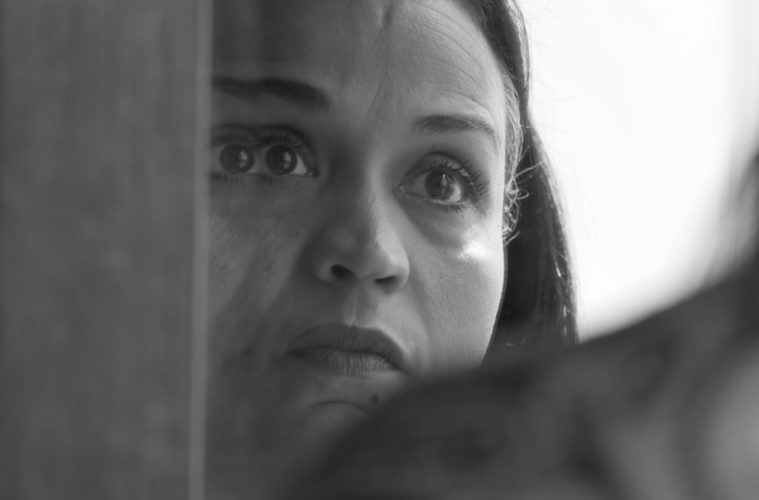 If one closes their eyes and imagines what a con movie in the hands of Miranda July might look like, I still don’t think you’d get anywhere close to what Kajillionaire actually ends up being. Then again, it’s precisely those creative impulses for the unexpected that has made the writer-director’s work so special. With her third feature, she crafts a singular story about the bonds of family and what happens when those bonds are tested–or never existed in the first place. More abstract than her previous films–and therefore, I imagine, off-putting to many–the steady, surreal, and sweet flashes of brilliance in this one-of-a-kind story are enough to sustain interest during some of the more tedious passages. – Jordan R. (full review)

American novelist Jack London was an active proponent of socialism, his writing offering self-reflexive deconstructions of their values within distinct, incongruous, futuristic worlds, temporally far-flung but with technology and attitudes contemporaneous to the turn of the century. These qualities are prevalent throughout Martin Eden, Pietro Marcello’s fantastic second fiction feature that stands as a spellbinding synthesis of both London’s speculative ideas and Marcello’s documentarian instincts, capturing the clairvoyance and spirit of London’s writing via Marcello’s sensibilities as a predominantly non-fiction filmmaker. – Kyle P. (full review)

Bonus: A Pietro Marcello retrospective is also underway at Film at Lincoln Center’s Virtual Cinema, featuring The Mouth of the Wolf, Lost and Beautiful, and more.

Making a movie about the college experience feels both universal and redundant. Haven’t we all seen this film before? Haven’t we watched this world played out in every which way? Shithouse, written and directed by the 22-year-old Cooper Raiff, tells a familiar story with a specificity that cannot be ignored. Raiff stars as Alex, a college freshman struggling to adjust. He’s got a drunk asshole roommate (Logan Miller) and a bad case of homesickness. One night after a party at a place called “Shithouse” (the type of dank university house most college-goers have stumbled into), Alex makes fast friends with Maggie (Dylan Gelula), his R.A. What follows is a sometimes awkward, sometimes cute, mostly honest night of getting to know one another. – Dan M. (full review)

In September 1997, sparked by desperation and noble intentions, Rob Richardson committed armed robbery. He was handed a 65-year prison sentence with no real hope of getting out. His wife, Fox, who was expecting twins at the time and was already a mother to their four boys, was an accomplice, but took a plea deal and was released three and a half years later. The last two decades of a family ripped apart sets the stage for Garrett Bradley’s Time, a formally stunning masterwork of empathy, exhaustion, love, and rage. The title of Time isn’t just a reference to the sentence Rob was given. It’s every moment he’s deprived of as the world continues outside his cell. It’s what Fox and their family sacrifice in their daily struggle to get him out. It’s every instant that the system in power uses to make them wait for an answer. It’s a piece of something that they may be able to win back if Rob was to be released. And it’s a sense of timelessness in which the director captures it all with her black-and-white, symphonic approach, which melds the political and personal in overwhelmingly heartbreaking ways. – Jordan R. (full review)

As of writing this, nothing has really changed in the 285 days since the first COVID-19 infection was recorded. Totally Under Control knows it. Have things happened? Of course, but that’s not the same thing. Alex Gibney, Ophelia Harutyunyan & Suzanne Hillinger’s documentary knows that too. We’ve become angrier, sadder, and more isolated. The rich have gotten richer by further exploiting capitalism, but the poor are still poor. Almost eight million across the country have gotten sick and more than 210,000 have died, but if something that low qualifies as change for this country, then there really is no end in sight. – Matt C. (full review)

The Trial of the Chicago 7 (Aaron Sorkin)

Going by its tone, The Trial of the Chicago 7 truly thinks it’s a great movie. Never mind that it’s about a group of people on trial for fighting authoritarianism, and never mind the fact that its performances deflate the politics. Taking the mold of a courtroom drama, Sorkin introduces us to a rogues’ gallery under prosecution for the uprising at the 1968 Democratic National Convention. Tom Hayden (Eddie Redmayne) and Rennie Davis (Alex Sharp) are clean-cut. Abbie Hoffman (Sacha Baron Cohen) and Jerry Rubin (Jeremy Strong) are hippies. That’s about as far as Sorkin gets in terms of pathos. – Matt C. (full review)

There was a time when it seemed music might have the power to change the world—or at the very least, move the needle. The knee-jerk reaction to such a statement is to think of the protest songs of the 1960s. While that music certainly impacted the zeitgeist, the real sonic boom was caused by a group of artists, activists, and musicians in mid-1970s England. Their efforts led to the birth of Rock Against Racism (RAR), a cultural movement founded to fight back against the brutal, ugly, violent, and pervasive racism of the neo-Nazi organizations like the National Front. – Chris S. (full review)

One of the greatest franchises this century, Don Hertzfeldt has now unveiled the third episode of World of Tomorrow in a surprise release. We’ll have a full review of his latest animation shortly, but in the meantime, his new 34-minute odyssey is now available to watch on Vimeo.