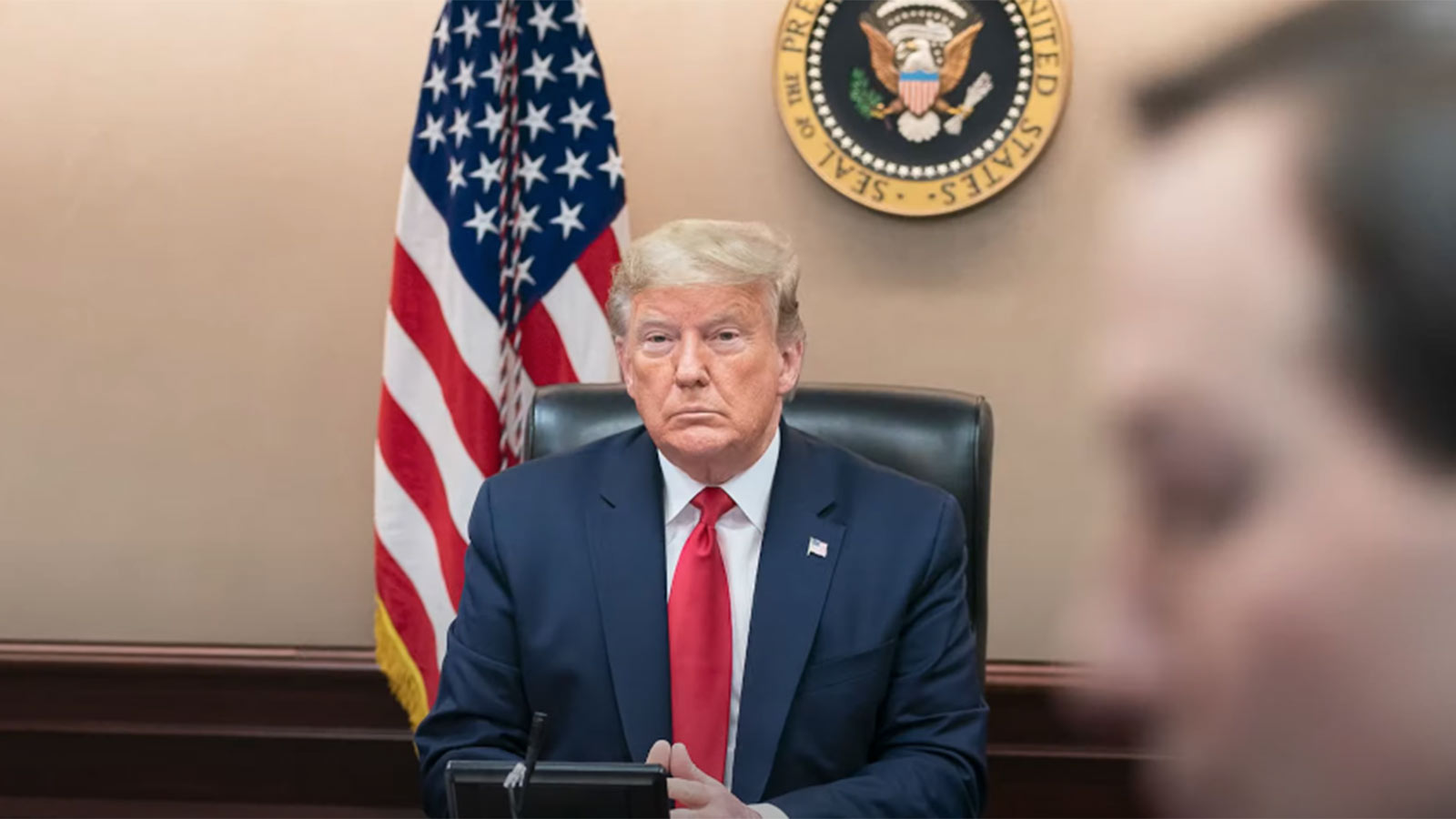 The main question for a documentary is whether it’ll sway anyone. A lot don’t, and that’s unfortunately understandable. You can’t teach an old dog new tricks. I use that phrase not just because it fits here, but also because it’s a cliché, because it seems every day of desensitization turns suffering into one. If our ability to adapt is amazing, it’s the most incredible in how quickly the extraordinary becomes normal. With that very ability, the coronavirus pandemic became a political meme before most even saw it as a real issue. The bar is startlingly low, and the high that comes from crossing it can only last a few hours at best.

As of writing this, nothing has really changed in the 285 days since the first COVID-19 infection was recorded. Totally Under Control knows it. Have things happened? Of course, but that’s not the same thing. Alex Gibney, Ophelia Harutyunyan & Suzanne Hillinger’s documentary knows that too. We’ve become angrier, sadder, and more isolated. The rich have gotten richer by further exploiting capitalism, but the poor are still poor. Almost eight million across the country have gotten sick and more than 210,000 have died, but if something that low qualifies as change for this country, then there really is no end in sight.

And let’s not lie to ourselves: There is no end in sight, at least not right now. In fact, Totally Under Control doesn’t even have an ending. It doesn’t try to form one for the sake of a narrative. To make a documentary about how the worst administration in history responds to an ongoing pandemic may sound counterintuitive, but that works to its advantage. Covering just January to April 2020, the film evades the inevitable of already seeming outdated. And the fact that it can even do that is infuriating.

It’s also a testament to the documentary as a whole. It’s almost too fast to keep up with at times, just as it should be. Its themes, talking heads, and points of criticism fractalize until it’s hard to remember just how it all began. To do something else would just be a lie, and we all know we’ve gotten a lot of those. Instead, editors Lindy Jankura and Alex Keipper work with the directors to coil up the narrative, deftly balancing sight and sound until its foreshadowing and callbacks become one and the same.

If anything, Totally Under Control teases the viewer as if to reclaim the spite it’s endured. The talking heads of scientists, medics, and whistleblowers keep the reality palpable. Archive footage of the government’s non-responses pops back up as if to tease those trying to help. Each appearance of Donald Trump, his administration, or those that have profited off the pandemic are just giving the experts another thing to worry about, another falsehood to rectify. Add in the timeline of a calendar that appears at the bottom of the screen like the HUD of a video game, and it can feel like just that—a game.

That’s just on the administration’s side, though. While they show their true colors, Totally Under Control uses each of their misdoings to widen its scope. It’s about the United States’ non-response to the coronavirus pandemic, sure, but it’s more about this United States. It’s also about how, in comparison to so much of the rest of the world, this United States breeds a special kind of immorality. It’s about the many forms of privilege and the intersecting failures they result in. Most of all, it’s about how this United States, this oh so great country of God, can’t understand the difference between liberty and entitlement.

When our symbol to the rest of the world is the most fragile male ego imaginable, why should we be surprised when a death count turns into a dick-measuring contest? In the eyes of this United States, that’s what it’s become, and it’s utterly depressing. Totally Under Control gets that, but the important part is that it knows it doesn’t have to say it. Sure, it’s entitled to verbalize that brand of crassness, but that doesn’t mean it’s obligated. While most documentaries end with a series of title cards, this one ends with just one: “One day after the completion of this film, President Donald Trump revealed that he had tested positive for COVID-19.”

A lot has happened in the past 285 days, a majority of it tumultuous. Watching the closing minutes of Totally Under Control, I was overcome with a sudden sense of anger. The anger wasn’t new, and it sure hadn’t gone away at all; it was a mix of shame knowing that I had forgotten just how angry I’ve been for what feels like a lifetime. I’ve spent the past several months in particular much closer to sadness instead. But between this United States and its seemingly endless ways to play cruel jokes on us, I might as well tap deeper into that anger. At least for now. Because as we all know, there’s no end in sight.

Totally Under Control will be released October 13th on demand and October 20th on Hulu.