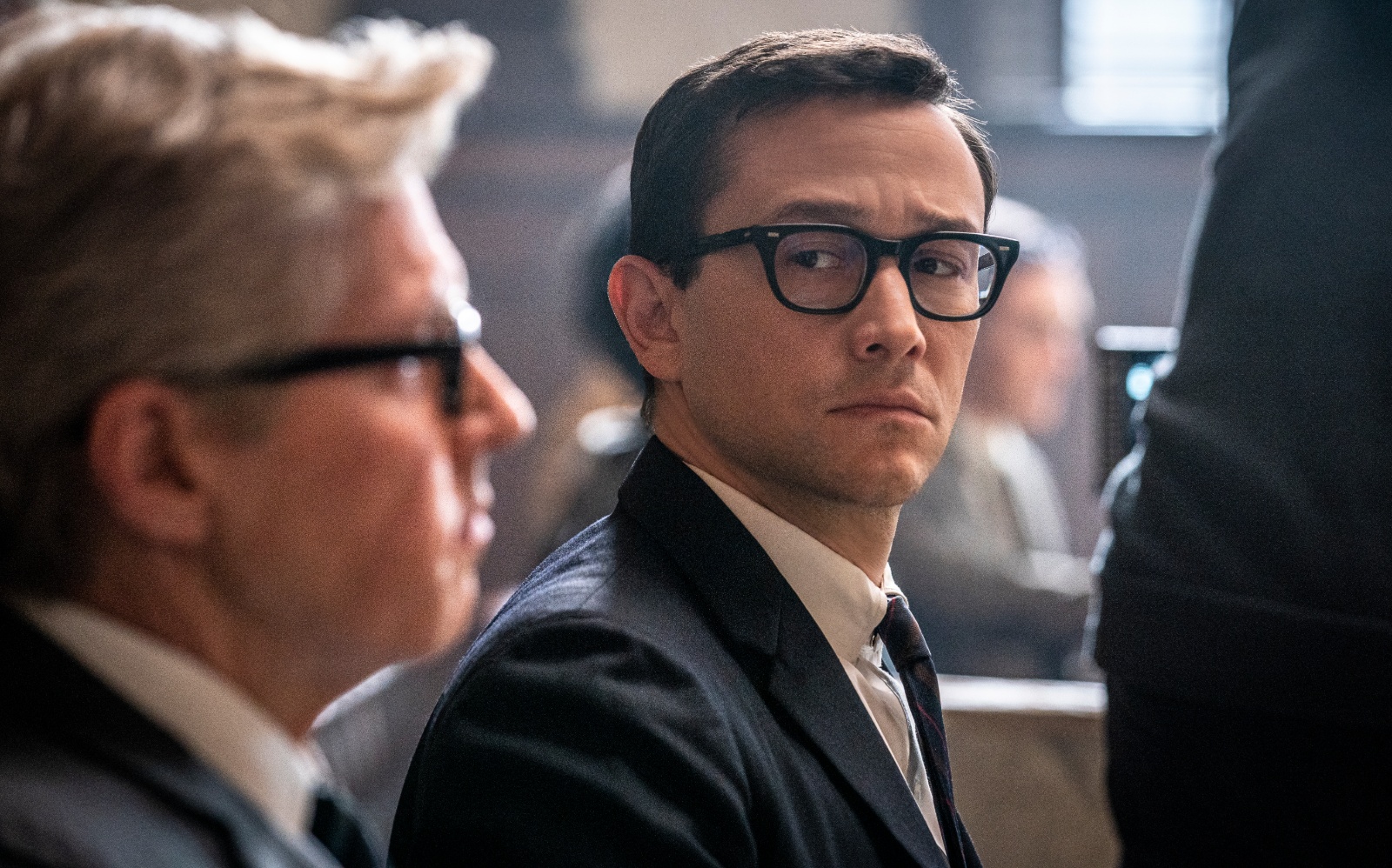 That’s assuming they can get permission slips from parents to show it to students. It has some violence and a moment of sexual menace, so that might be a hurdle for some high school sophomore instructors. So how about this: They turn on the overhead projector, start the movie, and play a majority of it without video. The kids listen to it like it’s a radio play, the teacher catches up on their grading, and by Wednesday morning class is back in session as normal. Or they could, you know, read about it.

No, The Trial of the Chicago 7 isn’t terribly cinematic. It’s hardly cinematic at all, and here the idea of Aaron Sorkin at his most Sorkin-y somehow translates to him at his worst. It doesn’t confront. It doesn’t stimulate. It postures for two hours. Add in cinematography that relies on rote color palettes, has little attention to composition, and shows almost no care for texture and this period piece might as well take place now. Are its issues timeless? Unfortunately, yes. But this specific story and its implications deserve a radical approach, and Sorkin’s is as centrist and lacking in self-awareness as it is full of hot air.

That’s quite odd for a movie about a real-life political movement. And let’s be honest here: Going by its tone, The Trial of the Chicago 7 truly thinks it’s a great movie. Never mind that it’s about a group of people on trial for fighting authoritarianism, and never mind the fact that its performances deflate the politics. Taking the mold of a courtroom drama, Sorkin introduces us to a rogues’ gallery under prosecution for the uprising at the 1968 Democratic National Convention. Tom Hayden (Eddie Redmayne) and Rennie Davis (Alex Sharp) are clean-cut. Abbie Hoffman (Sacha Baron Cohen) and Jerry Rubin (Jeremy Strong) are hippies. That’s about as far as Sorkin gets in terms of pathos.

The rest of the title group consists of David Dellinger (John Carroll Lynch), Lee Weiner (Noah Robbins), and John Froines (Danny Flaherty). They get even less to go by, registering as Underused Character Actor, Slightly Nerdy Guy, and Longhaired Dude, respectively. Never mind the ideological contradictions the script could have plumbed. It simply grazes the surface as if it’s too afraid to ruffle any feathers. Forget about the artifice of attorney general John Mitchell (John Doman) and lawyer Richard Schultz (Joseph Gordon-Levitt), their allegiance to the Nixon administration, or how the movie neglects Bobby Seale (Yahya Abdul Mateen II) and Fred Hampton (Kelvin Harrison Jr.). Instead, the movie plays into that very sort of contrivance.

As to be expected, the dialogue here is zippy and full of itself. But The Trial of the Chicago 7 goes past that, putting the same voices in everyone’s mouths for a vast majority of the runtime. There’s little nuance here, little difference between opposing viewpoints in diction and delivery. It’s all so quick that each character becomes a siphon for the writer/director and the choices he spearheads.

Like each character, Alan Baumgarten’s whip-fast editing speaks the same way throughout, and it has little to complement it. It isn’t enthralling or even that engaging. It’s exhausting. It wants to have the momentum of a ping-pong match but ends up like one person playing paddle ball. Aside from that, Susan Lyall’s costume design is two-thirds Brooks Brothers and one-third Party City. Combined with Phedon Papamichael’s DP work, the final product feels oddly cheap.

Perhaps it’d be possible to forgive if the material were good. However, it’s so inert that its attempts at comic relief only refract the movie’s core issue: It doesn’t know how to depict its subjects’ radicalism because its construction and execution are inherently safe. Sorkin doesn’t face these evils for more than a moment at a time. He doesn’t even try to convert the uninitiated, but his movie thinks it does. His script and direction gaze rather than observe, and by the time the score swells and the requisite title cards inform the viewer of its leads’ fates, The Trial of the Chicago 7 has brought virtually nothing to light.

The Trial of the Chicago 7 is now in limited theatrical release and arrives on Netflix on October 16.