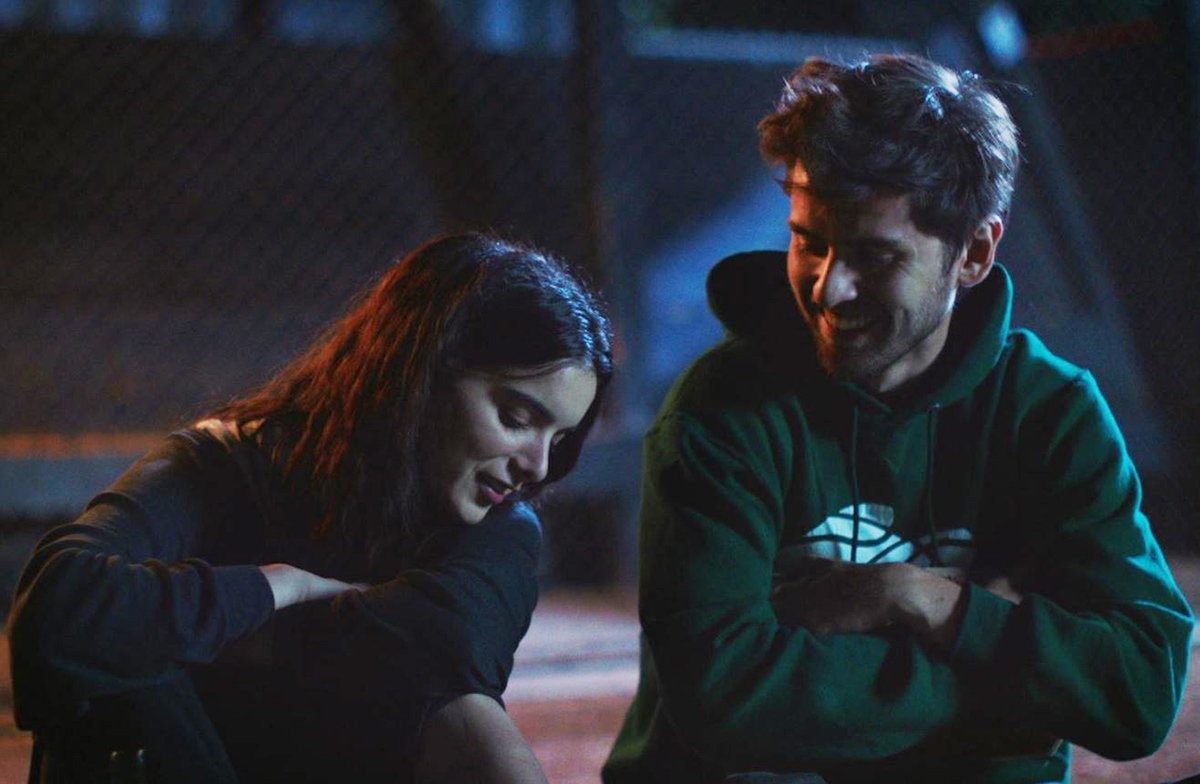 Making a movie about the college experience feels both universal and redundant. Haven’t we all seen this film before? Haven’t we watched this world played out in every which way? Shithouse, written and directed by the 22-year-old Cooper Raiff, tells a familiar story with a specificity that cannot be ignored.

Raiff stars as Alex, a college freshman struggling to adjust. He’s got a drunk asshole roommate (Logan Miller) and a bad case of homesickness. One night after a party at a place called “Shithouse” (the type of dank university house most college-goers have stumbled into), Alex makes fast friends with Maggie (Dylan Gelula), his R.A. What follows is a sometimes awkward, sometimes cute, mostly honest night of getting to know one another.

Speaking frankly, a lot of this dialogue hits pretty deep. Authenticity is a tough racket in this type of picture. A young filmmaker clearly using every available resource, one imagines Raiff made this movie on a very small budget. All of this to say that there is not much to hide behind. Not a whole lot of production design. Not a whole lot of band-aids in post. Watching Alex and Maggie stumble through their meet-cute plays as natural as can be. He’s a little weird, maybe a little too emotional. She’s a little distant, convinced she can handle whatever comes next. The morning after brings confusion and, ultimately, conflict. These are fully-formed characters that each viewer will relate in one way or another.

While some scenes are a bit choppy, the crucial bits are filmed in master shots that offer an impressive frame. Raiff exhibits a strong eye for how far he can push the camera (credit also to cinematographer Rachel Klein) and a good sense for how far he can push his actors. Gelula is the standout here, navigating a complicated young person trying to be “cool” and be herself at the same time. Miller also puts in solid work as the roommate Sam, emerging as a sidekick with a bit more pathos underneath the surface.

There are small bits that add brevity to the narrative. Alex’s ongoing silent conversation with the childhood stuff animal he brought to school. A constant need to reference semi-recent movies like Gravity and 13 Going On 30. An ongoing exchange of Instagram likes start innocent enough, before becoming crucial to the narrative. It’s a brutal detail that speaks to what young people have to reckon with today. A million ways to communicate, a million ways to make a mistake.

Though there’s a handful of third act decisions that oversimplify things, what comes before is worth the journey. The most important thing is this: those who went to college will find recognition with the kids in this movie. There may have been no SXSW this year, but let’s not let small films like this get lost in the shuffle

Shithouse was set to premiere at SXSW.