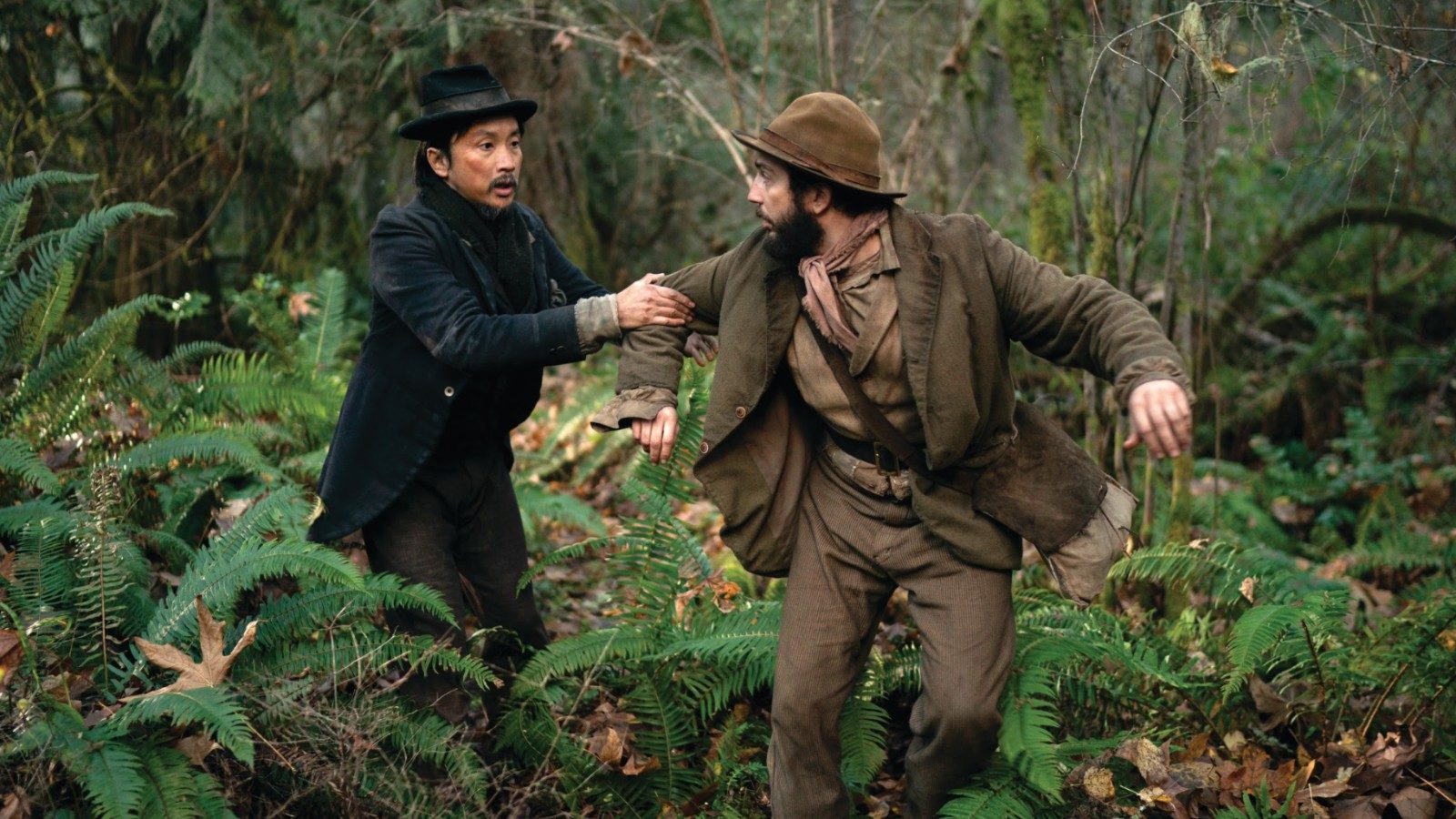 The Beach House (Jeffrey A. Brown)

There’s a lot to like about Jeffrey A. Brown’s feature directorial debut The Beach House, from its gorgeous production design to its ruminations on mankind’s fragility when compared with Mother Nature’s hardier offerings (despite our penchant for believing we hold dominion over Her). It’s therefore easy to appreciate the reason Emily (Liana Liberato), Randall (Noah Le Gros), Mitch (Jake Weber), and Jane (Maryanne Nagel) have arrived at a site that may end up being their tomb because we’re quick to ignore the baked-in irony too. This was supposed to be an escape from life’s struggles—a place for quiet relaxation to say what needs to be said and appreciate what might be gone tomorrow. So when the opposite proves true, we understand the fear that inevitably takes over. – Jared M. (full review)

With their latest film Bloody Nose, Empty Pockets, brothers Bill Ross IV and Turner Ross turn their lens on that warmly inviting, idyllically dingy, and endlessly lively microcosm of society: the dive bar. Premiering in the U.S. Documentary Competition section at Sundance, the filmmakers behind Western and Tchoupitoulas once again break the boundaries of such a programmatic box, using a casted ensemble, a scouted location, a vérité style, and the loosest of scripted ideas to explore community, pain, and regrets in America circa 2016—and particularly the unfiltered honesty in which these themes can be conveyed when a ceaseless stream of alcohol is involved. This collection of lost souls and inquiry into their perspective on life results in a tale of profound authenticity and devastating heartbreak. – Jordan R. (full review)

Bonus: Two earlier films by the Ross brothers, Tchoupitoulas and Contemporary Color, are also now on The Criterion Channel.

In First Cow, Kelly Reichardt carves out space for friendship and generosity amidst an otherwise selfish landscape. Set in the 1820s Pacific Northwest, a familiar realm for the Oregon-loyal Reichardt, the film’s twin protagonists are atypically sensitive souls, both towards each other and their environments, and yet they remain hyper-conscious of the cruelty that enervates within their community. Reichardt probes at the limitations of self-preservation as a life philosophy, even though it’s basically required to survive such a hardscrabble existence. What’s the purpose of survival if life doesn’t incentivize assisting your fellow man? – Vikram M. (full review)

As a life-long appreciator of Atom Egoyan–trust me on this one–Guest of Honour is one of his stranger pictures veering occasionally into the territory of dark comedy. While his later works (especially Remember and Captive) have yet to reach a return to the emotional resonance of his back-to-back masterpieces Exotica and The Sweet Hererafter, his latest film is a scrappy Southern Ontario indie that actually harkens back to his earliest work that kicked off the so-called Toronto New Wave, including Next of Kin, The Adjuster, and Speaking Parts. The film itself is a mystery buried deeper than it ought to be in a confessional as Veronica (Laysla De Oliveira) sits down with Father Greg (Luke Wilson) to discuss the passing of her father Jim (David Thewlis). She notes his motivations were often very strange–as if we’d come to expect anything else in an Atom Egoyan picture. – John F. (full review)

A letter from Jose Solís to Walter Mercado: Although you’re gone from the physical realm where once we co-existed, I’m writing to thank you for leaving us behind so much of your knowledge, beauty, and grace in Mucho Mucho Amor: The Legend of Walter Mercado, and for allowing directors Cristina Costantini and Kareem Tabsch to distill your message of love and acceptance into a documentary that’s so entertaining, intimate, and enlightening. Continue reading here.

When Bill Murray repeatedly wakes up on the same morning in Groundhog Day, the radio blares Sonny and Cher’s “I Got You Babe.” It’s a winking reminder of what’s missing in his life, an auditory motivation to change his circumstances and escape his cyclical prison. When Andy Samberg wakes up on the same morning in Palm Springs, it’s his cheating, airhead girlfriend Misty (Meredith Hagner) that forces his eyes open. She’s a cold reminder of the relationship he wants to leave—except in his time loop, he’s given up on escaping at all. – Jake K. (full review)

At the very core of Relic is an image of family as a myopia of terror. Perhaps more importantly, buried underneath, is compassion in the face of decay. Family is not just in the happy moments, but in the degeneration of bodies and minds, held tightly and, as best we can, lovingly all the same. There’s an intimacy to these elements in Natalie Erika James’ feature debut, which carries a burning sense of historicity and love that shines through underneath its ultimately rushed delivery. – Mike M. (full review)

We Are Little Zombies (Makoto Nagahisa)

The sheer amount of style that writer/director Makoto Nagahisa shows off in We Are Little Zombies is impressive. Aesthetically, there is a lot going on here. Four children–Hikari, Ikuko, Ishi, and Takemura–meet and befriend each other in the days after they’ve all been orphaned. In their grief and confusion, they form a rock band. They call themselves “Little Zombies” in reference to their collective inability to show much sadness given the circumstance. – Dan M. (full review)