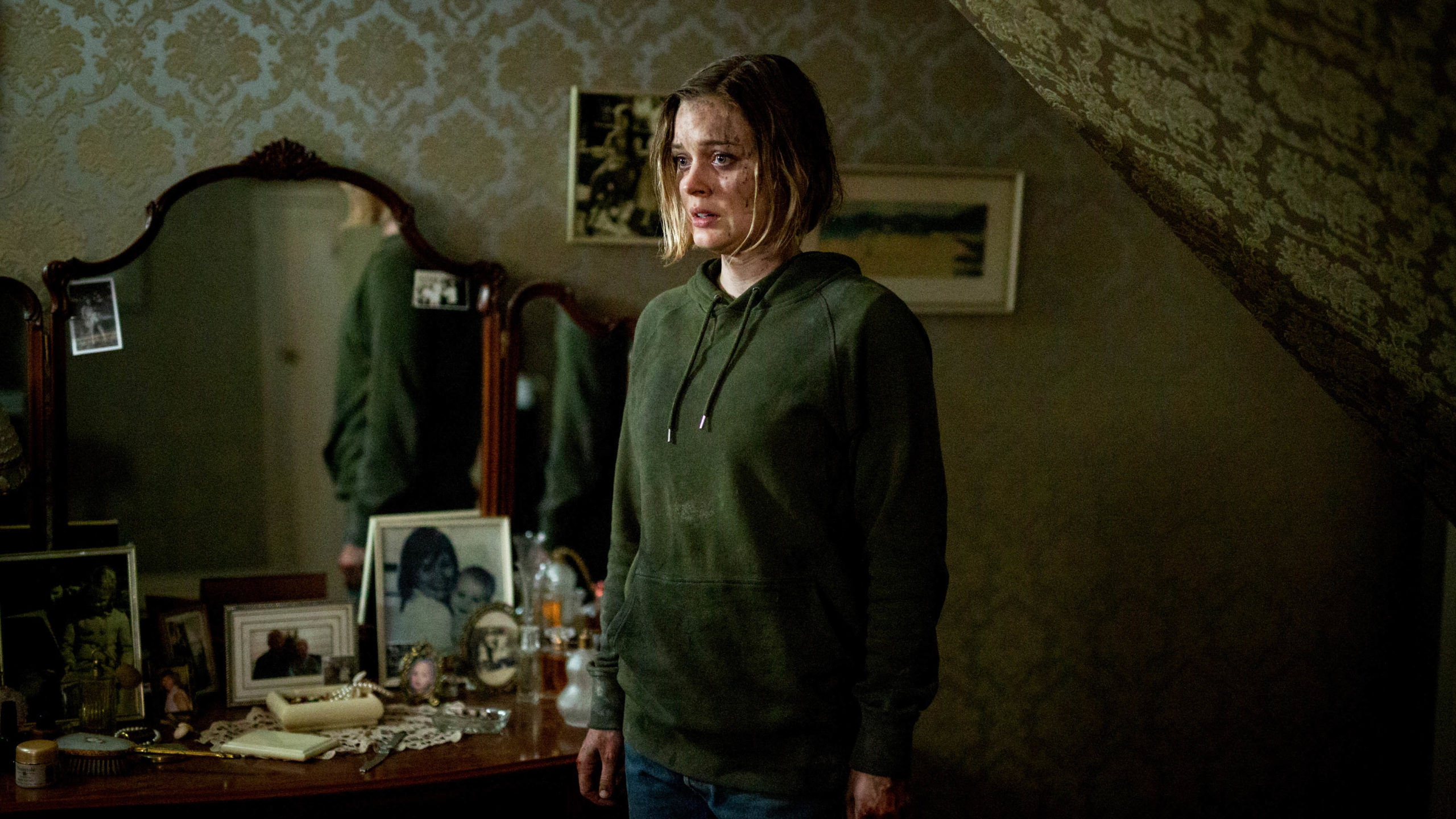 At the very core of Relic is an image of family as a myopia of terror. Perhaps more importantly, buried underneath, is compassion in the face of decay. Family is not just in the happy moments, but in the degeneration of bodies and minds, held tightly and, as best we can, lovingly all the same. There’s an intimacy to these elements in Natalie Erika James’ feature debut, which carries a burning sense of historicity and love that shines through underneath its ultimately rushed delivery.

Each home has its own images, its own lexicon, its own trauma––and these things are all passed down, forgotten, or twisted and distorted. They become fragments, phantasms, or old truths that, in turn, create new pain or reconciliation. Relic follows three generations of women––a daughter, mother, and grandmother––who are all well aware of these ebbs and flows, and who are joined together after the eldest, Edna (Robyn Nevin) disappears into the woods. Kay (Emily Mortimer) and her own daughter, Sam (Bella Heathcote), rush to Edna’s home, searching for their loved one. Edna carries dementia and fading family memories like a weapon or a neutralizer, depending on the moment, and upon her return, she creates an atmosphere where family tranquility quickly turns into tension.

This accurately depicts the walking-on-eggshells sensation of being in a household with someone who you care about and who you’re supposed to care for––someone who is fragile but also emotionally violent. This very human dichotomy is the centerpiece of the drama throughout Relic and before this, the compelling opening sets up Edna’s creaking old home and teases the familial horror therein. Giving us just enough to go on, James slows things down, establishing the trio of women and their dynamic, which is full of love with all the edges still intact. Amidst these domestic moments, the scares are subtle but consistent. James’ camera has the energy and rhythm of a slow-burn traumatizer, but that doesn’t stop her from raising our hair. A plastic cover moving with the breath of an unseen being is as unsettling as the lights being turned on outside without a discernible operator. One of Relic’s most successful (and subtle) scares also doubles as a visualization for James’ ideas: an image, lingering, teasing you to wait for the reveal of something wicked. And then, something already present in the frame––something there from the very beginning––shifts. The terror was already present, right before your eyes. Something commonplace is perverted.

This is mirrored by the home itself, which has all the trappings of mum’s house (the rocking chair, the wailing kettle) but is now coated in rot, death, and decay. The wallpaper is stained, the floorboards practically wail, that rocking chair is not where it used to be. Something is off. In fact, we learn that a smaller building with a dark history has been torn down, but that its windows were added to Edna’s home. It’s sort of perfect: the building is removed, as if to erase the pain and disintegration that happened there, but the walls were preserved, and as a result, so too was the rot. The history is melded into the home, into the family lineage, carried on by Edna, lingering and breathing.

Sure enough, as Edna decays, the past seems to come alive albeit with not an entirely satisfying pay-off. And within this duality comes the most banal, frustratingly human moments–and the most sinister. When dealing with aging loved ones, there’s always a debate about what’s best. “You need to be on my side for this,” Kay tells her daughter. These challenges that families, and especially mothers/daughters face as age takes hold are present in honest and bare ways. So too is a more oblique metaphor about ancestral pain and degenerative disease as malevolent beings, where the walls of your family home literally close in around you, threaten to crush you, and promise you that the crippling weight you see others carry will one day be your own.

James does a commendable job melding her visual approach with her strongest ideas, like a memorable looping sequence that depicts family and home as unavoidable/inescapable truths. More importantly, she orchestrates a moving resolution (with a touch of fear in there, too) that is sure to pull on the heartstrings. Where Relic struggles, however, is in the escalation to this finale, as if the end goal was all that mattered, by any means necessary. Just as things feel like they’re ramping up, and that the past will close its tendrils around us, the film’s slow-burn momentum sputters out too early. This will be detrimental to some, and forgivable (or even justifiable) to others. However, it’s undeniable that Relic contains three stellar performances and an indelible image of multi-generational love and care in the face of slow annihilation, with mothers and daughters trying desperately to help each other approach the inevitable.

Relic opens in drive-in theaters on July 3 and is available digitally starting July 10.