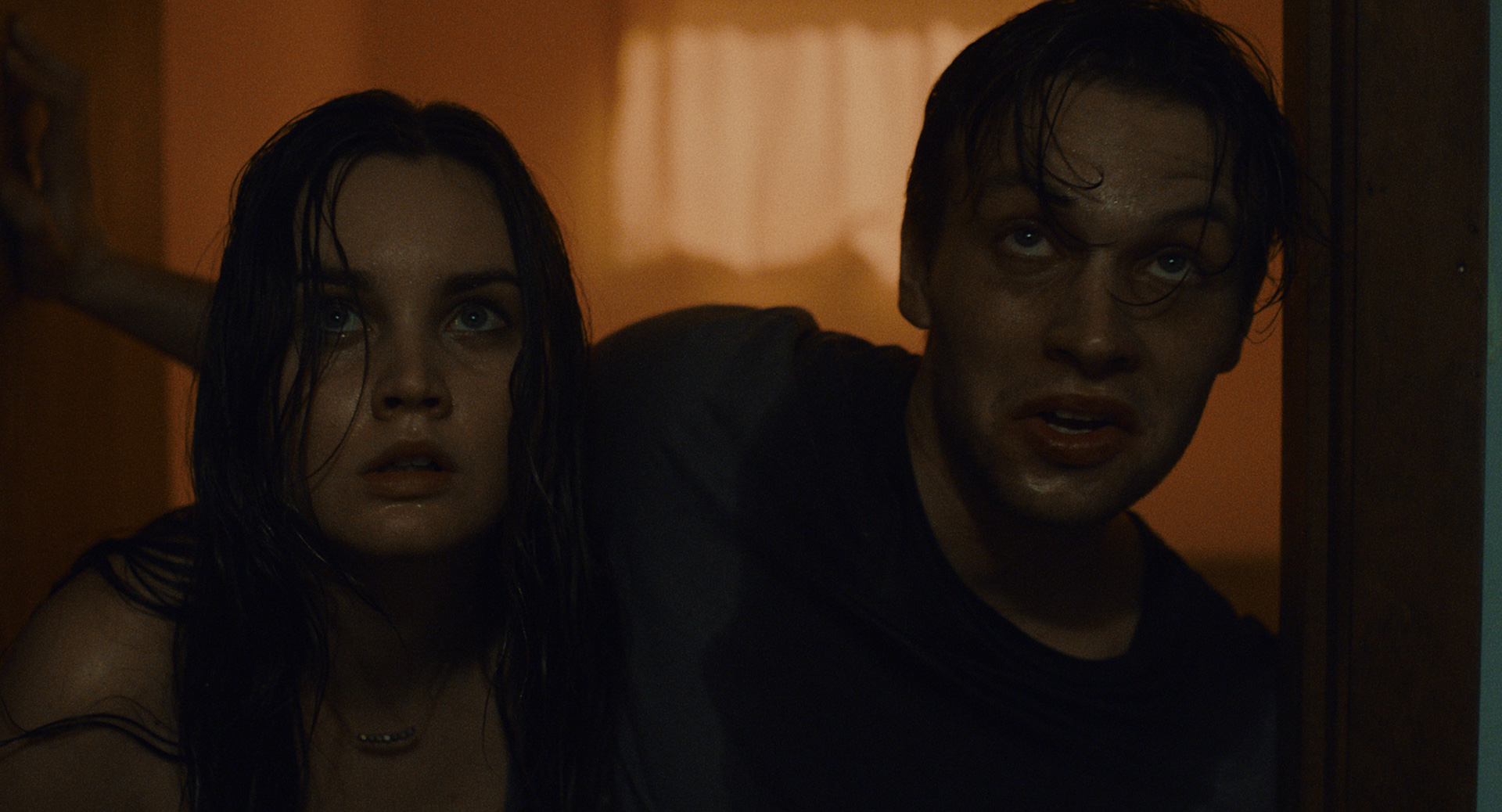 There’s a lot to like about Jeffrey A. Brown’s feature directorial debut The Beach House, from its gorgeous production design to its ruminations on mankind’s fragility when compared with Mother Nature’s hardier offerings (despite our penchant for believing we hold dominion over Her). It’s therefore easy to appreciate the reason Emily (Liana Liberato), Randall (Noah Le Gros), Mitch (Jake Weber), and Jane (Maryanne Nagel) have arrived at a site that may end up being their tomb because we’re quick to ignore the baked-in irony too. This was supposed to be an escape from life’s struggles—a place for quiet relaxation to say what needs to be said and appreciate what might be gone tomorrow. So when the opposite proves true, we understand the fear that inevitably takes over.

The reason is simple: that fear is never far from our minds. What occurs to these two couples may increase its potency and urgency, but it existed long before the dense fog rolls in. It existed in Randall enough to quit school and disappear without so much as a text to his girlfriend and it motivates Emily to keep working towards her doctorate knowing that his proposition to leave everything behind and live carefree has more to do with what he doesn’t want than what he does. It also exists within Mitch and Jane as they confront the latter’s terminal illness and how its changed everything to the point of hoping one more visit to this vacation spot might rekindle that spark of happiness they’ve recently been without.

That they all converge is an accident, though. Randall didn’t think anyone would be at his father’s beachside property yet (it’s so early in the season that it seems every property is currently empty) so he takes Emily there without calling ahead (although avoiding another lecture about his ambition surely factored in). He’d have been correct any other year, but Jane’s illness forced her and Mitch to ask for the respite now rather than later. And finding the kids there is honestly a pleasant surprise for these houseguests since a little youth and energy (and edibles) is just what they need to take their mind off their impending mortality. That they’re stoned when night falls to see the lights of the fog makes it all the more beautiful.

It’s merely the calm before the storm, however, as the temperature rises, breathing becomes difficult, and an unknown viscous material starts coming out of the faucets. Suddenly the absence of other people takes on a more nightmarish context than seasonal cycles and behavior becomes warped beyond recognition. What was supposed to be a time to reflect on what they have becomes a treatise on that which they have to lose. First goes health. Then sanity. And finally hope. But while it may ultimately play out with the genre conventions of a creature feature, those things are at risk of disappearing regardless. Feeling them slip away is the reason this quartet came to the beach in the first place. Brown is just providing the ordeal visceral form.

I therefore can’t help but wonder if maybe he moves away from reality too soon. I do think the second half of The Beach House proves an effective survival horror, but it is tough to really stick with the characters due to a lack of resolution before the chaos hits. While Weber and Nagel do well to imbue their aging pair with a resonant sadness, the script is more interested in pushing that to the side so their purpose can remain beholden to the plot. Liberato and Le Gros conversely never get to have the conversation alluded to at the start that would allow them to follow suit. So we don’t ever see whether their relationship has reached a point for necessary evolution or bittersweet completion.

This is a shame because it means the love binding Emily and Randall together during their harrowing descent into Lovecraftian terror isn’t actually present. We know it did exist—the first thing this recently estranged couple does upon arriving at the house is have sex—but what’s there beyond lust? For example: so much is left unsaid when he asks her to live with him and forget about grad school because “it doesn’t matter.” If not for Emily stumbling upon Jane’s medications in what should have been an empty bathroom, the dramatic potential of their diametrically opposed ideas for the future would have come out. It becomes tough not to see Randall as anything but a selfish jerk making unilateral decisions (before and after the edibles) without.

The absence of that dialogue doesn’t derail what happens as much as reveal its superficiality. Rather than mine the notion of sacrifice by holding Randall up to Mitch in a way that shows he can confront uncertainty and not simply avoid it, Brown lets those characterizations wash away so the suspense can take its place. Thankfully the result does deliver on its promise of tense action, otherworldly (albeit terrestrial) sights, and a melancholic atmosphere of futile despair because we can forget who Emily and Randall are and experience the world created through them as vessels instead. While it remains a success, what that apocalyptic world says about our own is heady enough to have facilitated dealing with their personal drama too. Doing so may have made it even better.

The Beach House will be streaming exclusively on Shudder beginning July 9.