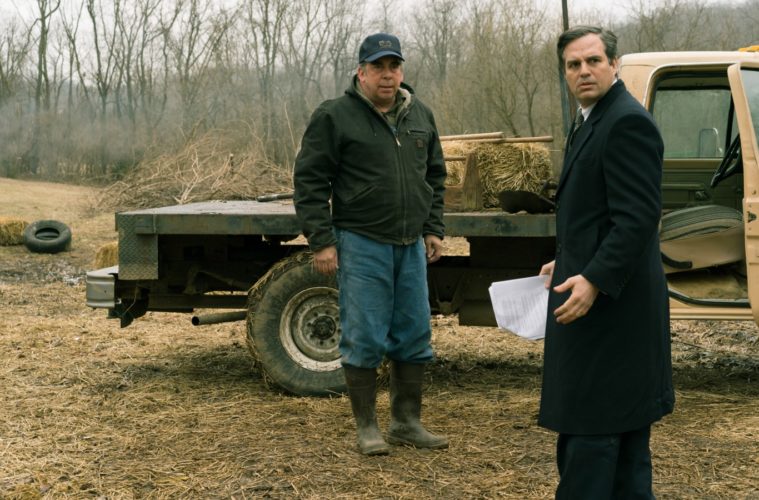 By the Grace of God (François Ozon)

French director François Ozon has delivered one of the best films of his eclectic career with By the Grace of God, a drama whose seriousness and sincerity marks a tonal shift for a filmmaker typically famous for sexual and sensual provocation. Instead, this chronicle of a real-life grassroots campaign to out Catholic priests who committed and covered up of historic sexual abuse is unsensational and methodical, immaculately written through a script that radically tells three different stories that slide seamlessly together. – Ed F. (full review)

Legal dramas lionize those who rise above the allure of cynicism and greed. Sometimes it’s the victims of grand social injustice or the lawyers who help ensure their chance at public retribution. Either way, in almost every case the ethics of heroism wins the day because justice finally becomes tangible. Todd Haynes understands that the justice system hardly ever works in such cut and dry terms. Highfalutin jargon and endless procedural bureaucracy render the judicial process intimidating and isolating for the very citizens it’s supposed to help. With Dark Waters, the rare biopic that refuses to embrace climactic closure, he elides sentimental and rousing conventions one would associate with courtroom epics. – Glenn H. (full review)

In Frankie, the scattered personae of an unconventional family gather in the seaside Portuguese town of Sintra for what might be the last time. The matriarch, as it turns out, is dying and so wishes to pass on some wisdom and maybe do a little match-making while she feels she still can. It is a heartfelt and modest work but an oddly languid one, a movie that asks the viewer to dig beneath the awkward, stilted topsoil of uneasy family reunion and find the tangled roots beneath. Question is, will you be bothered? – Rory O. (full review)

From the opening shot, as the 3-wagon troupe embarks on an agonizingly slow trip crossing the river, director Kelly Reichardt lets us know this is a new take on the western, a sparingly bleak look at an 1845 trip through the Oregon desert. The brilliance, aside from the gorgeous cinematography reminiscent of Days of Heaven, lies in the struggle, exemplified in an exceptional single shot, which shows how long it takes Williams’ character to just load and fire her rifle. Essential viewing before First Cow arrives shortly. – Jordan R.

The Rest of Us (Aisling Chin-Yee)

Despite death being a definitive end, there’s still a chance for new beginnings in the aftermath. Sometimes it’s by necessity and sometimes by choice. In the case of Craig, however, it’s inevitably both thanks to his leaving behind two families: his first and his second. While he left Cami (Heather Graham) and Aster (Sophie Nélisse) long ago by choice and Rachel (Jodi Balfour) and Talulah (Abigail Pniowsky) just now via fate, they each come to find that he neglected them all. It shouldn’t be surprising considering he’s a confirmed adulterer with earned hostility from one side of the aisle, but the discovery that his being secretly broke means everything he owned with Rachel is now forfeit still shocks. How do you wrap your head around that? – Jared M. (full review)

Standing Up, Falling Down (Matt Ratner)

Sometimes your dream isn’t much of a dream at all. Maybe reality sets in after you’re already well along the path taken in error. Perhaps the epiphany arrives before you’ve sacrificed the correct choice in order to choose wrong. Ask Scott Rollins (Ben Schwartz) and he’ll probably tell you it can even be both at once if you happen to have two dreams vying for your attention. For him it was a career in stand-up comedy and the woman (Eloise Mumford’s Becky) he saw himself building a life beside. The former invigorated him while the latter instilled a debilitating fear. So what did he do? Packed up a suitcase, flew to Los Angeles, and left everything else behind in New York. And now, four years later, he’s back. – Jared M. (full review)