Sundance Review: The Last Thing He Wanted is a Dull, Lethargic Debacle 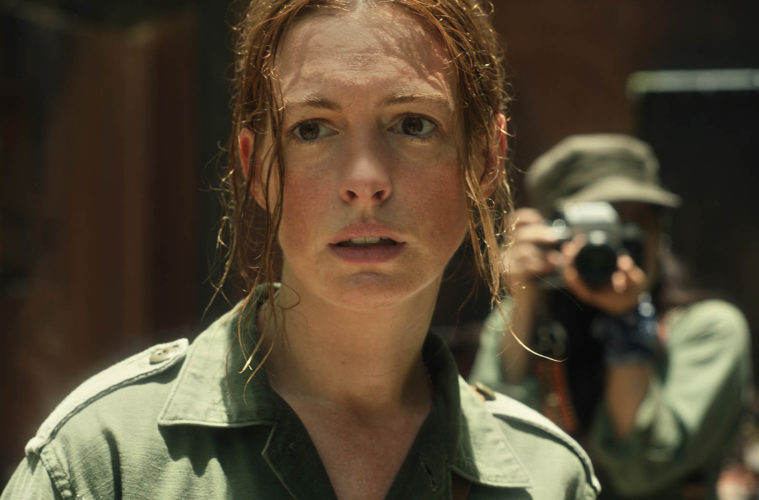 There are myriad reasons why a film can fall far short of its ambitions. A lack of funds to truly achieve a vision, an unpolished script forced into production too early, the powers at be wanting more sellable stars that may be miscast, stubborn dedication to the source material that results in those involved getting lost in cinematic translation. The tell-all exposé on why exactly The Last Thing He Wanted is a failure on almost every level is likely many years away, but it’s been some time since such a promising concoction of talented ingredients has resulted in something so impossibly dull, gratingly lethargic, and utterly incoherent.

Directed by Dee Rees following her incredible debut Pariah and sturdy, resonant second feature Mudbound, she’s adapted Joan Didion’s novel with co-writer Marco Villalobos and cast the impressive leading trio of Anne Hathaway, Ben Affleck, and Willem Dafoe. Elena McMahon (Hathaway) is a journalist embedded in Central America and surveying Contra activity. After a quick escape on a plane–in the film’s only admirable shot as the camera cuts through the airport facilities in a single take and to the runway–her paper calls off all coverage from the area after being pressured by the U.S. government. Enter her mysterious father (Dafoe, decent in his few scenes) who has sketchy dealings in the very area she was covering and a U.S. state official (Affleck) keen to suppress any news of it getting out, and so begins a web of intrigue and high-stakes thrills–or at least, that’s what should have happened.

Instead, The Last Thing He Wanted has the feeling of a film that was written in a vacuum with no consideration for how any of the dialogue or setpieces would actually play out on the screen. As we breathlessly jump from scene to scene, each full of yammering exposition that leads to only further muddle the narrative, the actors feel like they are left out to dry with no sense of momentum or an arc. This especially pertains to the glazed-over Affleck, whose sleepwalking through his very few scenes, is some of the best zombie work in cinema to date. Hathaway, who has unfortunately been maligned with unsatisfying roles as of late, seems to have some fun in relaying the pitter-patter of Didion dialogue, but she never feels completely comfortable in the role. Moments of pain feel false and sequences calling on her to kick into action come across as mishandled and poorly executed.

The feeble performances aren’t helped by a film that has been over-edited beyond repair, as if any moment of pause would mean losing the audience’s interest. Rather, this decision over-complicates things in the other direction as the sheer over-activity is gnawingly grating. As one’s mind searches to pick up on the many threads being laid out, it will eventually give up as the realization clicks in that this is a filmmaker scrambling to catch up with their own story at every turn, yet continually failing to find any semblance. For instance, take the rapidly-edited flashbacks featuring previous moments in the story we’ve already. (One part of a flashback is minutes after we already saw the event initially.) The whole affair reeks of a filmmaker getting a blank check with no additional guidance or producers who took control when they saw the footage they had to work. Perhaps it’s a combination of both.

Often going for a John le Carre-esque vibe, one recalls how Tinker Tailor Soldier Spy took on similar plots of backstabbing and espionage yet kept an enigmatic cool to the proceedings, as we were always leaning in to wonder what might unfold next and the elegant craft guided us through. Here, Dee Rees and cinematographer Bobby Bukowski seem totally lost, never knowing where precisely to put the camera as it endlessly rushes around the set and never finds a memorable frame to settle on. They may have been going for a more on-the-ground, documentary-style approach, but the incoherent mess we’re left means any sense of urgency quickly evaporates as none of it seems overly considered. By then amping up the faux urgency even further, it only frustrates the proceedings.

Although nowhere near the same level of disappointment, there are similar missteps in Olivier Assayas’ Wasp Network, another forthcoming Netflix release that’s a step-down for its immensely talented director. Also a Central America-set period piece intended to thrill and provide dramatic urgency to real-life espionage and shifting allegiances, both star-studded films feel a bit lost in execution as if their ambitions were perhaps undercut by on-location restraints. It’s a shame, too, since Rees plays with some potentially compelling ideas. After divulging that she had breast cancer, in one post-coital scene later in the film, we see Elena’s bare chest and her left breast is removed, revealing a major scar from the surgery. While intending to shock, it could’ve also led to increased empathy for a character who is dealing with very personal struggles while also attempting to shed a light on the plight of millions in this area of the world–and the government that’s attempting to cover it up. However, despite the endless chatter she takes on, we never get a genuine sense of Elena as a fully-fledged human, rather she ends up as a mere pawn in this incomprehensible scheme.

In a far more exploitative scene, we see a malicious gun runner test out a new mine, calling his dog so he walks over it, exploding in numerous pieces in a wide shot to capture all of its grisliness. It’s a disgracefully miscalculated scene and epitomizes the problems with the film at large. Rees believes we’ll be affected seeing the horrors of this conflict played out in all of their gruesomeness. Yet, as rendered here, we’re never invested in the conflict itself nor its characters. It’s just one cheap, incomprehensible trick in a movie full of them.

The Last Thing He Wanted premiered at Sundance Film Festival and arrives on Netflix on February 21.