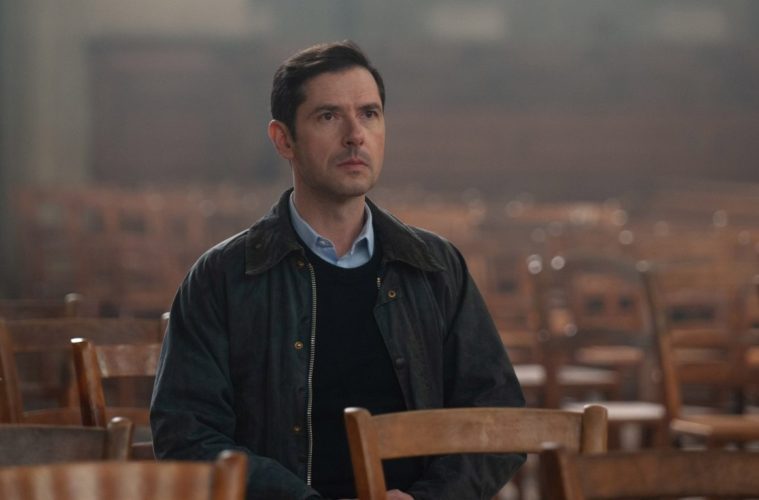 Berlin Review: ‘By the Grace of God’ Methodically Chronicles Sex Abuse in the Catholic Church

French director François Ozon has delivered one of the best films of his eclectic career with By the Grace of God, a drama whose seriousness and sincerity marks a tonal shift for a filmmaker typically famous for sexual and sensual provocation. Instead, this chronicle of a real-life grassroots campaign to out Catholic priests who committed and covered up of historic sexual abuse is unsensational and methodical, immaculately written through a script that radically tells three different stories that slide seamlessly together.

The first character we meet is a well-to-do banker Alexandre (Melvil Poupaud), a seemingly upstanding member of his Catholic community who brings his five kids up in the Church. But an encounter with an old scouting buddy brings a part of his past back: he’s asked, “Did Father Preynat fondle you too?” To Alexandre’s astonishment, he learns that Bernard Preynat is still a priest and working with children, and believes it almost a spiritual duty to act on it. Perhaps ironically he invokes Pope Francis’s own call to action when he became the Church’s leader. Alexandre heads to the local archbishop of Lyon, Phillipe Barbarin (François Marthouret), who feigns concern but is ultimately indifferent to Alexandre’s complaints.

At this point, the film switches gears and we meet Denis Ménochet’s François, whose similar trauma to Alexandre has led to a converse reaction. As an atheist, Ozon wants to bring a wrecking ball to the Church, and believes that a public relations campaign is the way to find justice. The film opens up almost imperceptibly into an ensemble piece, now focusing on a gaggle of varied characters who start a grassroots collective to bring to light abuse in the Catholic Church (they look something like a middle-aged ACT UP troupe from Robin Campillo’s 120 BPM). A third character Emmanuel (Swann Arlaud) becomes the focus for much of the last act, a figure who never managed to move on from his trauma and whose past continues to haunt him through his unstable present-day life. But he is one of the few in which archaic statute of limitations laws don’t prevent him from taking legal action.

These damaging childhood experiences provoke both camaraderie–there are moments of comic relief between these characters that sends a shock–and extraordinary profundity. Some of the best sequences involve peripheral characters, such as Alexandre’s wife Marie (Aurélia Petit) bringing up her own experience of abuse, having kept quiet while her husband embarks on his campaign against the Church. Another expertly-written scene in Ozon’s sobering screenplay focuses on a victim’s parents realizing in real time how wrong they were to dismiss their child’s complaints of abuse decades ago.

There’s a procedural tone in By the Grace of God that will herald links to Spotlight–Ozon originally envisaged the movie as a documentary–but this is more urgent and direct for French audiences since this concerns an ongoing case. While the film hinges on the actions of one rogue priest, Ozon really is concerned about the nature of cover-ups and moral absence in the Church as a whole. Archbishop Barbarin is, at time of writing, on trial for allegedly covering up sexual abuse, with a sentence due, according to the film’s closing credits, on March 7. Links to current events even caused a heated court case that unsuccessfully tried to prevent the film’s release. But this is not an anti-religious film, and while notions of even-handedness can inspire dull dramas, by focusing on individual characters, this is an extraordinary work of humanist art for its carefully calibrated view of people from various backgrounds and creeds who come together to overcome shared traumas.

By the Grace of God premiered at the Berlin Film Festival and opens on October 18.