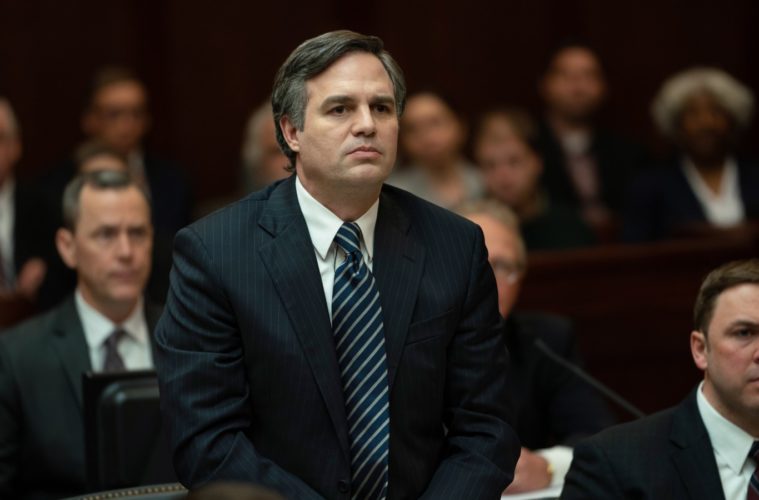 Legal dramas lionize those who rise above the allure of cynicism and greed. Sometimes it’s the victims of grand social injustice or the lawyers who help ensure their chance at public retribution. Either way, in almost every case the ethics of heroism wins the day because justice finally becomes tangible.

Todd Haynes understands that the justice system hardly ever works in such cut and dry terms. Highfalutin jargon and endless procedural bureaucracy render the judicial process intimidating and isolating for the very citizens it’s supposed to help. With Dark Waters, the rare biopic that refuses to embrace climactic closure, he elides sentimental and rousing conventions one would associate with courtroom epics. Instead, Haynes presents a decade-spanning marathon of civic awakening and endurance, one founded on endless hard work and sacrifice. Instead of depicting some disingenuous sprint toward good-natured epiphany, Dark Waters is all about the long game, surveying the collective consequences experienced by participants of a class action juggernaut. Moments of personal doubt and exhaustion are more prevalent than any showy courtroom grandstanding.

During a series of slow lateral tracking shots, Dark Waters introduces what will become a methodical cinematic aesthetic that matches the work ethic of corporate defense attorney Robert Bilott (Mark Ruffalo). As the film’s unassuming moral center, he makes for a striking counterpoint to the hyperkinetic angry green superhero Ruffalo has spent the last few years playing in a certain cinematic universe. Still, there’s plenty of rage hiding underneath that lawyerly façade.

Having just made partner at a high-powered Cincinnati law firm that primarily represents big chemical companies, Bilott is downright shocked when his blue-collar roots from rural West Virginia come knocking. But that’s exactly what happens when Parkersburg farmer Wilbur Tennant (Bill Camp) barges in to Bilott’s glass castle seeking representation against DuPont Chemical. Nearly all of his cows have perished since the company bought nearby land to build a landfill. Based on actual events, and Nathaniel Rich’s New York Times article from 2016 in particular, Dark Waters remains tethered to a certain narrative linearity that feels familiar. But Haynes subverts things by slowing down the momentum of Bilott’s character arc. There’s nothing showy about the inception of his relationship with Tennant’s case, or his gradual realization that DuPont has committed egregious crimes for decades.

Haynes fixates on Bilott’s personal struggle to endure the endless delays and professional pushback that comes with formally challenging a company like DuPont. His close proximity to a firm that usually defends the corrupt businesses and environmental practices in question amplify this tension even further. Less convincing are the domestic scenes between Bilott and his wife Sarah (Anne Hathaway). Their familial strife that stems over his lengthy involvement in the Tennant case and those others that follow is not entirely fleshed out beyond the surface level.

Conversely, Ruffalo’s quiet, preoccupied performance is entirely dedicated to protecting the working class communities of which he came. As a result, his emotional connections with family (and legal drama tropes in general) are disregarded for something more Spartan and disarming. The audience only gets to know Bilott’s impressive drive through this lens while he continues to push up against the impenetrable legislative wall that protects capitalist evil. As the goalposts of governmental regulation keep changing and pressure mounts, Bilott’s superpower becomes his unflinching professional patience. While Dark Waters often suffers mightily for being so inert, it always manages to circumvent lulls by embracing Bilott’s persistence, which works as an anecdote to corporate America, whose stranglehold over the country comes through in Edward Lachman’s deathly grey visuals defined by lifeless rural vistas.

Strangely, Dark Waters ends up making for a fascinating companion piece to Haynes’ 1995 masterpiece Safe, which is also about the emotional, ideological, and physiological poisoning of America. But unlike Julianne Moore’s doomed suburban housewife, Bilott has the luxury of burying himself in legalese, which shields him from the madness that inevitably comes with environmental self-destruction.