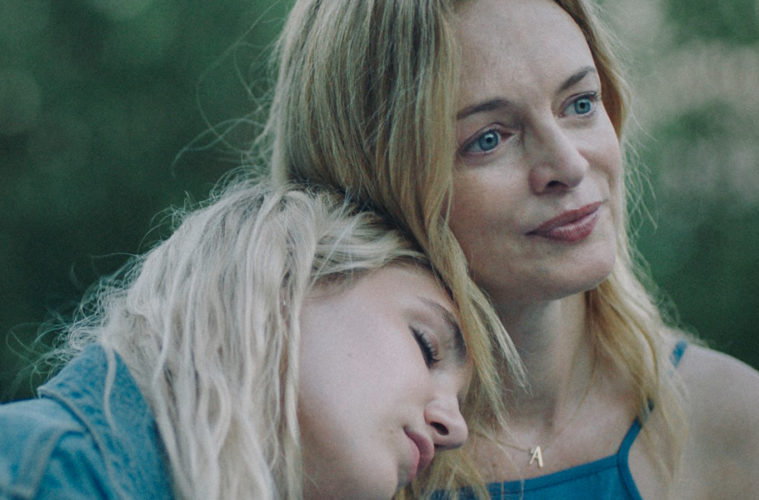 TIFF Review: ‘The Rest of Us’ Authentically Captures Tangled Emotions Amidst Bad Blood

Despite death being a definitive end, there’s still a chance for new beginnings in the aftermath. Sometimes it’s by necessity and sometimes by choice. In the case of Craig, however, it’s inevitably both thanks to his leaving behind two families: his first and his second. While he left Cami (Heather Graham) and Aster (Sophie Nélisse) long ago by choice and Rachel (Jodi Balfour) and Talulah (Abigail Pniowsky) just now via fate, they each come to find that he neglected them all. It shouldn’t be surprising considering he’s a confirmed adulterer with earned hostility from one side of the aisle, but the discovery that his being secretly broke means everything he owned with Rachel is now forfeit still shocks. How do you wrap your head around that?

Writer Alanna Francis and director Aisling Chin-Lee create their answer through the guilt, shame, and anger each character harbors for one another. They may project these emotions onto each other, but we know most should be pointed squarely on the man who connected them in such a horrible way. That Aster and Talulah are sisters almost doesn’t factor in since this inherent resentment has kept them apart. The former sees the latter as her replacement and she’s too young to have ever had the opportunity to meet big sis at all. If Cami knows anything, though, it’s the feeling of having your life ruined by that selfish man. And since her success has afforded her the means to do so, she willfully holds out a hand to help.

That Rachel initially rejects it isn’t unforeseen considering the icy relationship they’ve shared the past few years. It doesn’t help that she’s never been able to run from the fact that she did play a role in breaking up Cami’s marriage. That guilt sticks and it leads to justifiable presumptions as far as where her husband’s ex-wife’s motivations arise. While not a very nice thought process to automatically dive into when offered benevolence, she’s not exactly wrong. Cami’s invitation for Rachel and Talulah to move in with her and Aster isn’t wholly altruistic. We can easily infer the origins of this shame thanks to Graham’s performance and numerous breadcrumbs left by Francis’ script, but we still can’t know the extent until everyone is ready to finally come clean.

This is easier said than done considering all four women are dealing with a swirl of mixed emotions about Craig—the inevitable blame for their troubles and the irrevocable love that remains. It’s at its most complex with the daughters despite them being at vastly different stages in their lives. Aster has been languishing in self-loathing where her father was concerned and Talulah is finding it difficult to cope with his abrupt absence being followed by a total upheaval of her way of life. And while each does it in their personal way … both still talk to him. Aster sends angry texts to his phone (which Rachel sees) while Talulah sometimes speaks about him in the present tense as though she hasn’t accepted the truth’s devastating finality.

They long for their father just as their mothers do (to varying degrees themselves too). And because it’s a struggle to see each other so frequently after the quartet joins together at Cami’s home, contact is often avoided. Rachel doesn’t want to be reminded that the woman whose life she “stole” is saving her own and Aster doesn’t want to give Talulah what her half-sister’s birth forced her to lose. Cami is trying to dismantle these barriers, though. She wants to ensure Talulah has stability and will cover for Rachel when she goes MIA without telling anyone. There’s so much more at stake here than mutual scorn. Their circumstances are nothing close to normal, but a place of understanding devoid of rage can help approach something resembling it.

I don’t mean “normal” as in the four becoming a loving nuclear unit. I’m talking about the drama wrought from their fallibilities helping them to realize they’re all human. What one did to incense the others might be exactly what they’re doing now. Rather than call out the hypocrisy, however, Francis and Chin-Yee highlight the recognition born from looking in the mirror the others are holding up. There’s going to be a desire to rebel, admit wrongs, and understand the freedom that’s formed through forgiveness. Rachel and Aster will find common ground because the former isn’t that much older and the product of a similar trajectory. Cami and Talulah will align because they’re more stable emotionally and less prone to bottoming out. They can’t afford to hate now.

Don’t think they won’t still let that anger fester when the opportunity presents itself, though. The bad blood is real and these crisscrossed allegiances have as much potential to exacerbate already frayed external unions as mend their own fleeting animosity. Nélisse and Pniowsky are a big part of the drama unfolding authentically with ample disdain and irritation respectively, but The Rest of Us truly is Graham and Balfour’s show. How they break down their defenses insofar as who they are in relation to Craig so they can reclaim their identities as independent women who own their mistakes is inspiring. Instead of looking for excuses, they seek an appreciation for what they’ve endured. Their pain isn’t the product of the other’s joy, but a universally shared point of connection.

The Rest of Us premiered at the Toronto International Film Festival.