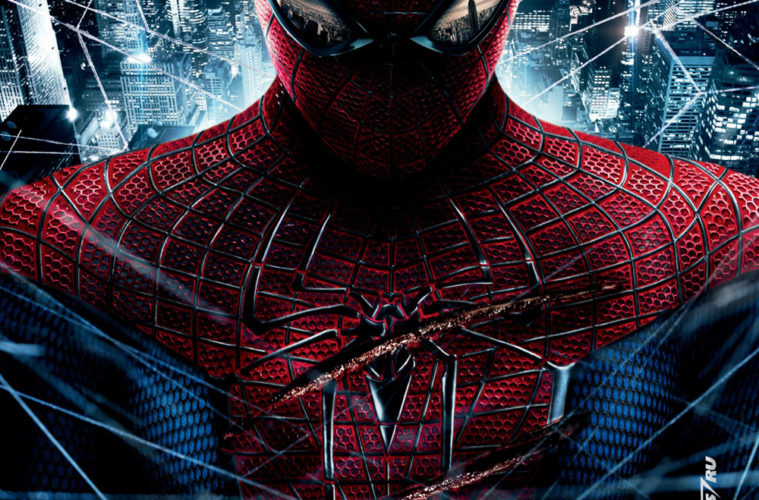 Following a new international trailer from the weekend, Sony Pictures have released the latest theatrical poster for their upcoming summer blockbuster The Amazing Spider-Man. This one-sheet continues the dark, gritty trend laid out in the original teaser poster, now with Andrew Garfield face-to-face with the audience. The reflection in the eyes is carried over from Sam Raimi‘s posters, but instead of being vibrant, our lead looks to be in some pain with cuts across his chest as he is above the New York City nightline. Check it out below via Stark Industries, along with another new poster thanks to Yahoo Movies. The Amazing Spider-Man is the story of Peter Parker, an outcast high schooler who was abandoned by his parents as a boy, leaving him to be raised by his Uncle Ben and Aunt May. Like most teenagers, Peter is trying to figure out who he is and how he got to be the person he is today. Peter is also finding his way with his first high school crush, Gwen Stacy, and together, they struggle with love, commitment, and secrets. As Peter discovers a mysterious briefcase that belonged to his father, he begins a quest to understand his parents’ disappearance – leading him directly to Oscorp and the lab of Dr Curt Connors, his father’s former partner. As Spider-Man is set on a collision course with Connors’s alter ego The Lizard, Peter will make life-altering choices to use his powers and shape his destiny to become a hero.