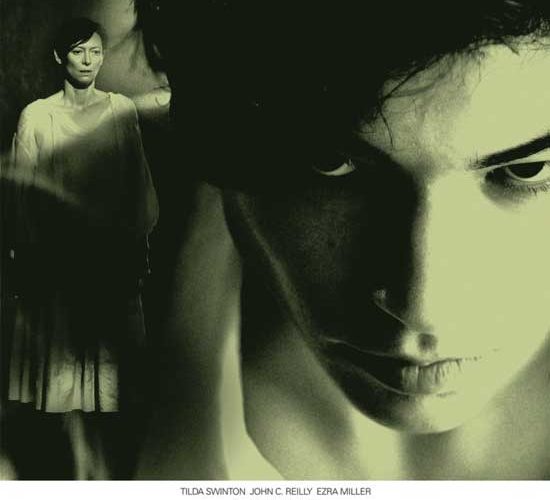 New Posters For ‘We Need To Talk About Kevin,’ ‘Father of Invention’ and ‘Drive’ After a wholly intriguing trailer for Lynne Ramsay‘s drama We Need To Talk About Kevin, a new poster has arrived. It originates from Cannes and has a spare throwback design, seemingly coming out of a ’70’s horror film. Based on Lionel Shriver’s novel, the film stars Tilda Swinton, Ezra Miller, and John C. Reilly and features a score from Radiohead‘s Jonny Greenwood. Check out the poster below via The Playlist for the film hitting theaters on December 2nd. Another day, another Drive poster. We got a French one yesterday, and now we have an Italian one for the Nicolas Winding Refn thriller. Starring Ryan Gosling, Carey Mulligan, Christina Hendricks, Bryan Cranston, Ron Perlman, and Oscar Isaac, this latest poster looks a little too pasted together. You’ll never see it stateside though, so check out the design below via IMPAwards and see one of the best films of the year on September 16th. Last up we have a film I had no previous knowledge about. Father of Invention is an upcoming dramedy starring Kevin Spacey, Heather Graham, Camilla Belle, Virginia Madsen, Johnny Knoxville and Craig Robinson. While playing at a few festivals it hasn’t garnered the best reviews and coming from Larry the Cable Guy: Health Inspector director Trent Cooper, I don’t have the highest of hopes. One can see the first poster below and head over to Movies.com for the trailer. Father of Invention hits theaters on October 14th.