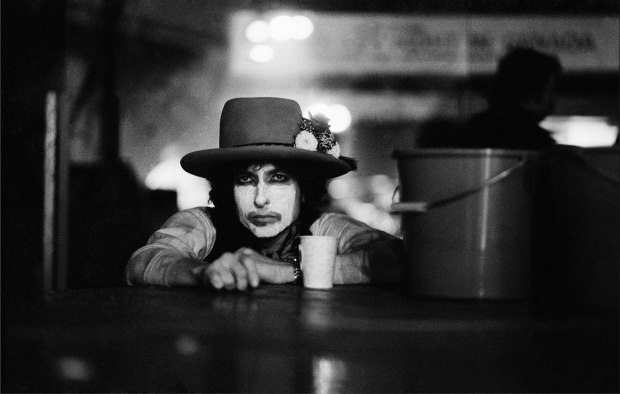 Martin Scorsese continues his long, strong tradition of music-focused docs by focusing once more on Bob Dylan, but don’t expect something kin with his more strait-laced (and excellent all the same) No Direction Home. Variety have learned that Netflix will, this year, unveil Rolling Thunder Revue: A Bob Dylan Story by Martin Scorsese, described as “part documentary, part concert film, part fever dream” that “captures the troubled spirit of America in 1975″ and earns the designation of “story” rather than “portrait” or some such. (Let’s just open a dialogue about how documentary films are also narrative films, it’ll be fun.) Appearing in one of his only interviews this decade, Dylan is joined by “many of the alumni of that period” — a list that could, reasonably, include Joan Baez, Sam Shepard, Joni Mithcell, T-Bone Burnett, Ringo Starr, and Patti Smith. While no one is confirmed — to say nothing of the fact that Shepard died in 2017 — the film has apparently been in development for some number of years, perhaps as many as ten.

And though there’s no word yet on when it’ll be seen, sources have indicated the release will time to a new edition of Dylan’s Bootleg Series, which typically releases come autumn. Which is key: those seeking a preview of what the film sounds like would be well-advised to stream, below, the 102-minute collection of tracks, arguably a peak in Dylan’s live catalog. A true Dylan fan already knows that and instead wonders what, if anything, this might mean for Renaldo and Clara, his infamous, four-hour concert-narrative hybrid film that quickly vanished from circulation after a disastrous 1978 theatrical run. Directed, co-written (with Shepard), and co-edited by Dylan, starring him, then-wife Sara Dylan, Shepard, Harry Dean Stanton, Allen Ginsberg, and numerous others, it’s been seen mostly in excerpts — most notably a live performance of “Tangled Up in Blue” — and otherwise left to collectors with no release in sight. If any living filmmaker knows something of restorations, it’s Martin Scorsese, so: fingers very tightly crossed.