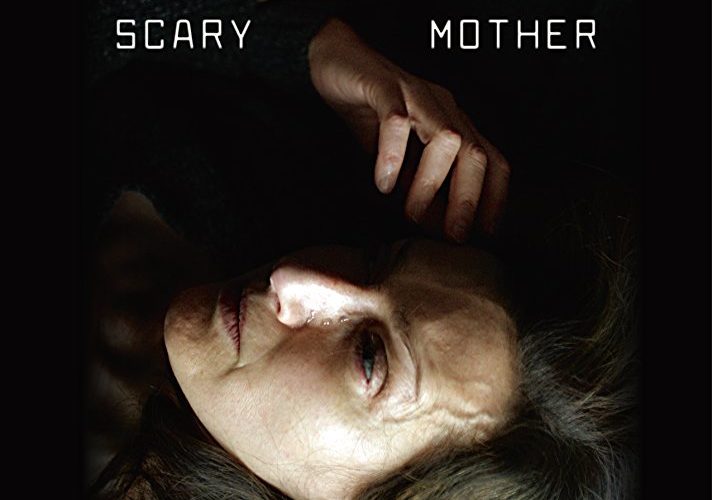 There must be something really frightening in a 50-year-old woman deciding to give up her role as diligent housewife and mother, especially when it is the only one she can aspire to in a strictly patriarchal society. Manana (Nata Murvanidze), the heroine of Ana Urushadze’s strikingly daring and assured debut feature, is scary that way. Best First Feature at Locarno, winner of the Sarajevo Film Festival, and later selected as Georgia’s entry for Best Foreign Feature at the Oscars, Urushadze’s Scary Mother joins another 2017 Georgian female-centered festival darling, Nana Ekvtimishvili and Simon Gross’s poignant My Happy Family, to deliver an entrancing portrait of a woman who embarks on a mid-age quest to escape from a stultifying male-dominated world.

For Manana, the quest starts with a book. An aspiring writer who sacrificed her literary ambitions for a quiet homely life with a condescending husband and three kids, everyone crammed in the same brutalist post-Soviet tower apartment in the outskirts of Tiblisi, she is on the cusp of finishing her debut novel, but keeps postponing the day she will read it to her family. Understandably so: when she finally gathers husband and kids around the dinner table, the book is nothing the four ever imagined. A collection of nightmarish visions part sexually graphic and part ultra violent, it reads like a delirious stream-of-consciousness penned by a mother ready to harm her family in any way imaginable. Or so it is understood by Manana’s husband Anri (Dimitri Tatishvili). Notwithstanding her claims to the contrary (“I imagined an unhappy woman in my place,” she tells him), he takes the book as an autobiography and a personal affront. His paternalistic attitude toward Manana’s writing, which he had hitherto belittled as the reason behind her unkempt looks (“you need to take care of yourself, aren’t you a woman?”) changes abruptly. The manuscript is burnt, Manana is told to move on, and the writing stops.

This is when Scary Mother turns scary. The book’s burning awakens Manana to the claustrophobic existence she had long tacitly accepted, and as her grip on reality begins to loosen, so does the attachment to her family. In a powerfully symbolic passage, she tells Anri she dreamt she was a vampire hawk-like monster who only fed on pregnant women and released a ticking sound while on the hunt – a noise perceptively echoed by Nika Pasuri’s eerie score. As husband and kids begin to worry, she packs her things to relocate in a stationary shop owned by her friend Nukri (Ramaz Ioseliani), an oddball who, mesmerized by her literary talents and in possession of a copy of what he calls her “masterpiece,” begins circulating it among the city’s publishers, while letting Manana sleep in a storage room Mindia Esadze’s cinematography paints in rich reds, a creepily Lynchian womb-like cradle that stands in contrast with the drab looks of suburban Tiblisi. Anri does his best to convince Manana to return, but she refuses. She must find an ending for her novel, and also faces the mounting pressure from her father Jarji (Avtandil Makharadze), a translator she has sent parts of the manuscript – without revealing the author’s identity – for it to be translated into English. Baffled by the “obscene and ingenious” text of “such a filthy author,” he wants her to arrange a rendezvous.

As Manana confronts the male figures around her, Urushadze’s debut hits meta-fiction terrain. Manana’s struggle to finish her novel eventually inspires the novel’s ending, with a delightfully written showdown between father and daughter that raises questions as to how autobiographical Urushadze’s work may be (Ana’s father is Zaza Urushadze, the acclaimed director of the 2015 Oscar nominee Tangerines). And while all men around her – with the notable exception of Nukri – try to persuade her to either significantly edit her literary efforts or drop them altogether, she stoically persists, reducing them to puppets within her surreal literary universe with the same uncompromising strength the patriarchy she inhabits tries to silence her.

For audiences accustomed to stories about artists dealing with self-interested creative urges being cast as exclusively male affairs, Scary Mother will feel like a rebellious breath of fresh air. Watching Manana pursue her aspirations and break free from the shackles of a calcified existence, a look at once defiant and ecstatic as she triumphantly declares “I have found an ending,” is as captivating as it is subversive.