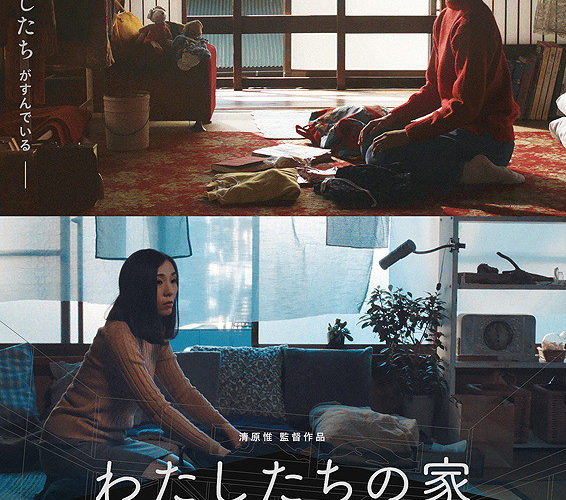 ND/NF Review: ‘Our House’ is a Methodically Austere Drama with Shades of Jacques Rivette

Yui Kiyohara’s sophomore feature and Tokyo University of the Arts thesis film Our House begins with an almost transgressive scene that contrasts the ambiance of the rest of the film. Bodies, dressed all in white, dance in a nearly pitch-black room to an upbeat pop track. Seri, a young girl who lives with her mother, suddenly turns on the light, and the scene pauses: “Did you hear that… the sound of the door opening… I thought someone came back.” The film progresses from here on out entirely devoid of the sense of liberation that possessed that spiritual celebration, adopting a very methodical austerity that fits snugly into the demeanor of contemporary Japanese filmmaking.

The rest of the film is calmer, more meditative, evoked by warm hues of orange and blue. The shots are almost entirely stabilized, with long, stationary indoor shots that tap into Kiyohara’s sumptuous interior mise-en-scene. Two pairs of characters call this space home, interacting and living within it unaware of the others; occupying a majority of the screentime, the old house becomes a fifth character–a mediator between these two separate groups. Seri, barely a teenager, lives with her mother and misses her father. They unknowingly occupy the space with the amnesiac Sana, who is offered a room by the deceivingly kind Toko.

Protege to Kiyoshi Kurosawa, who has no trouble traversing the boundaries of different genres, Kiyohara’s serene filmmaking style comes at graceful odds with the horror concept. Esoteric in nature, the film’s conceit is never discussed, and the film is quietly thrilling, finding satisfaction in small, tangential crossovers between the two groups of ghosts haunting the space.

Our House is a film of parallels. Kiyohara’s formal precision emphasizes the duality at play with many identically framed shots. Just as the characters exude an air of mystery, hardly giving way to their interiority, the house is full of surprises: doors sliding open and close break the claustrophobic compositions, and staircases and windows all seem to suggest a more substantial, non-conforming space. Interactions between these characters and their environment make way for minute differences and help characterize the occupants. In this sense, comparisons to the films of Jacques Rivette are apt; Kiyohara’s construction and constant reconstruction of the setting are as effective as the legendary French director’s trapdoors and mirrors, hinting at deep-rooted disbalance in the equilibrium. Later, the tension is confirmed as actions begin to impact both households.

The film also concerns itself with dynamics between women, exploring relationships between mother and daughter and the dynamics of female friendship through Sana and Toko. In confining the two groups into proximity, Our House studies transparency and the reticence of privacy; it lyrically conjures up that betrayed feeling that comes with discovering something new–once hidden–about someone close. Men disturb these unions: a stranger at a cafe at which Sana seeks employment flirts with her and later shows up at the home, setting off one of the most mesmerizing sequences of the film, and Seri’s mother’s new boyfriend becomes a point of contention between the two.

Though Kiyohara does balance the film’s bifurcated narrative and tone adequately, one cannot help but feel somewhat stranded in a middle ground where neither thrill nor emotion are elicited as strongly as they could have been. Because of this, the narrative comes off a bit monotonous. Still, with strong pacing and enough satisfying plot developments scattered throughout, it never overstays its welcome. Our House lives up to the praxis of “New Directors/New Films” and Kiyohara stands out as a unique voice to look out for.