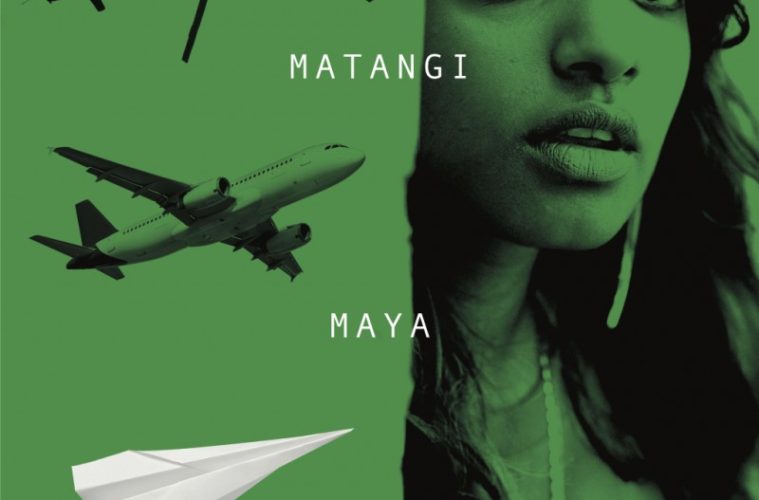 Long before “Galang” and “Paper Planes,” and prior to her Oscar nomination and universal fame, there was a time M.I.A. was Mathangi Arulpragasam, the daughter of Tamil refugees who fled conflict-stricken Sri Lanka to settle in 1980s England. More an account of her origins than a stylized tour documentary, Matangi/Maya/M.I.A. draws from over 700 hours of footage M.I.A. personally recorded at different stages of her career to offer an intimate pre- and-post-stardom bio-doc that feels just as magnetic as the artist it brings and dissects on screen.

Chronological and linear as it may be in its structure–Matangi, Maya, and M.I.A.; alluding to the different stages in the singer’s life before and under the spotlight–Stephen Loveridge’s debut feature and insider look conjures up an artist whose creative path and inspiration have drawn from several overlapping personas. M.I.A. the artist, in other words, begins with Mathangi the Tamil refugee.

Accordingly, Loveridge first introduces us to the teenage London girl who was “shouted at for being Tamil in Sri Lanka, spat at in England for being Paki,” and danced her way through a city that still reeked of Enoch Powell’s Rivers of Blood speech–Frantz Fanon’s Black Skin, White Masks in her hands and Wu-Tang Clan’s posters on her room walls. We then turn to Mathangi the daughter of Arular Pragasam, a founder of the Tamil resistance movement and a father who became a never-ending source of inspiration, gave her “a bloody background,” and turned into the title of her breakthrough album. And we meet Mathangi the budding filmmaker, the girl who entered the entertainment industry through her friendship with Elastica’s Justine Frischmann, a partnership that culminated in Mathangi directing the band’s “Mad Dog God Dam” music video, and ended after the twenty-something left London for a two-month trip back to Sri Lanka to shoot a film about her family and reconnect to the life she had long denied.

This is when Mathangi becomes Maya–as her grandmother welcomes her back to her Jaffna family home–and Loveridge’s documentary turns into a wonderful self-portrait of a young artist itching to tell her family’s story while struggling with the fear of evoking past traumas. Whether or not you are a fan of the artist, this is truly a rollicking watch. There are moments when, locked in her childhood bedroom, Maya opens up about her struggle to get the family to talk about their tragedies as Tamils; others when she professes her unshakeable faith and admiration for the guerrilla soldiers her father helped training; and others still when she is confronted by family members who remind her what she witnessed during the years she spent in Sri Lanka, before her family finally settled in the UK, was still nothing compared to the violence others had to suffer. They are eye-opening confessionals that provide an intimate before-fame look at an artist who is both deeply aware of her privilege and thoroughly committed to need to use her voice to do justice to her family’s pain–a pain that is inextricably bound to the country’s own.

“Use your voice to speak up against injustice” becomes a leitmotiv that runs through Maya’s transition into M.I.A. For a movie about a music icon, it is interesting to note how little time and space Loveridge gives to M.I.A.’s stage performances. The choice is daring–M.I.A. seems to have questioned it during interviews that followed the documentary’s premiere at the Sundance Film Festival–but it ultimately pays off. After a brief excursus into her rise to fame, from her first album Arular to her hit single “Paper Planes,” the focus turns to M.I.A.’s political activism. Tragically, her rise to planetary fame in the mid 2000s coincided with an escalation of anti-Tamil purges in Sri Lanka, and Loveridge gives ample space to the singer’s efforts to use her notoriety to shed light on the genocide perpetrated by the Sri Lankan armed forces against the Tamils–a call for justice the Western media quickly dismissed as the outcry of a “politically naïve” and privileged hypocrite.

Nothing farther from the truth, at least according to the way Matangi/Maya/M.I.A. ends up shaping. While maintaining a certain objectivity in his approach–exposing M.I.A.’s cantankerous personality as much as her political work–Loveridge is also fully committed to shed light on the revoltingly patronizing treatment the singer’s pro-Tamil activism was subject by the likes of Bill Maher and New York Times’s Lynn Hirschberg, incapable (or maybe just unwilling) to look at the militant beyond superstar. This is where Loveridge’s fulminating bio-doc ultimately lands: far from a hagiography or a sterile playlist doc, Matangi/Maya/M.I.A. is an uncompromising look at an artist who always refused to play by the script others laid out for her. Miles away from the truffle-flavored French fries enthusiast the Times had conveniently silenced her as, Loveridge offers a hypnotic portrait of a restless and inconvenient artist who understood the power of her voice, and felt compelled to use it for a greater cause.

Matangi/Maya/M.I.A. opened New Directors/New Films 2018 and will be released on September 28.