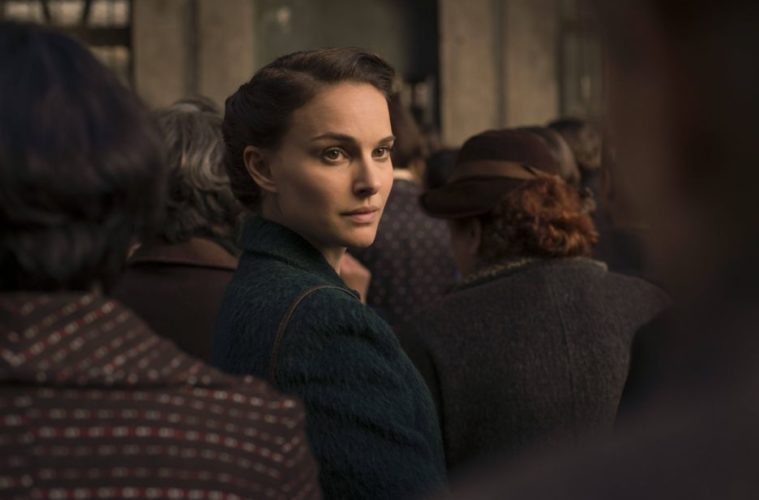 With it being a few years since her last major role, 2015 marks the return of Natalie Portman in more ways than one. She was recently seen at Berlin in Terrence Malick‘s Knight of Cups and will have Jane Got a Gun later this year, but in between, she’ll debut her first directorial effort, A Tale of Love of Darkness, at Cannes. Today brings the first look at the drama surrounding Israeli-Palestinian conflict, which can be seen above, and the synopsis below.

Based on Amos Oz’s international best-seller, A TALE OF LOVE AND DARKNESS is the story of Oz’s youth at the end of the British Mandate for Palestine and the early years of the State of Israel. The film details young Amos’ relationship with his mother and his birth as a writer, looking at what happens when the stories we tell, become the stories we live.

We also have word on her next potential role, as Variety reports she’s in talks to star in Alex Garland‘s Ex Machina follow-up Annihilation. Staying in the sci-fi genre, the film — to be written and directed by Garland — is an adaptation of Jeff VanderMeer’s novel, which follows “a biologist who signs up for a dangerous, secret expedition where the laws of nature don’t apply.” With production kicking off by next year, we’ll likely have more details soon, including casting (Julianne Moore and Tilda Swinton are reportedly chasing after the co-star role), but for now, check out the Amazon synopsis below. Listen to our in-depth discussion of Ex Machina, read our interview Garland, and more here.

Have you read Annihilation? Are you looking forward to Portman’s next projects?