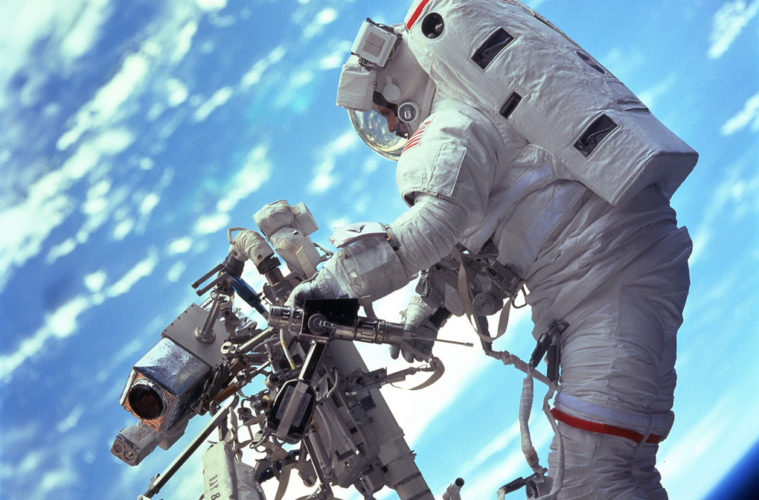 With a boatload of Oscars (see above), over $700 million at the global box-office, and the film now on Blu-ray and streaming, it’s safe to say Alfonso Cuarón‘s hard work on Gravity has paid off. Now that he can relax, we’re still intrigued by his process and a extensive interview has arrived to get more insight on the behind-the-scenes development, as well as his career.

Conducted with BAFTA in January, but only made available online recently, the one-hour chat features the helmer talking about his defining influences, including Dr. Zhivago, Butch Cassidy and the Sundance Kid, and Bicycle Thieves. In the candid discussion, he also opens up about how how he and Emmanuel Lubezki both got expelled in film school, why he thinks his Great Expectations “sucks,” and how Gravity was never actually greenlit.

Along with the conversation, we’ve also got a fascinating set of images from NASA. Inspired by the Sandra Bullock-led film, a gallery was put together of real-life stills from high above the Earth and looking at them side-by-side with Cuarón’s work, it’s pretty impressive what he was able to pull off all inside a computer. Lastly, at the International Space Station, NASA Astronauts Mike Hopkins and Rick Mastracchio and JAXA Astronaut Koichi Wakata have a few kind words for those involved with the film. Check out the greeting below, along with the extensive conversation, and batch of images (with more on Flickr). What do you think of the images and conversation with Alfonso Cuarón?