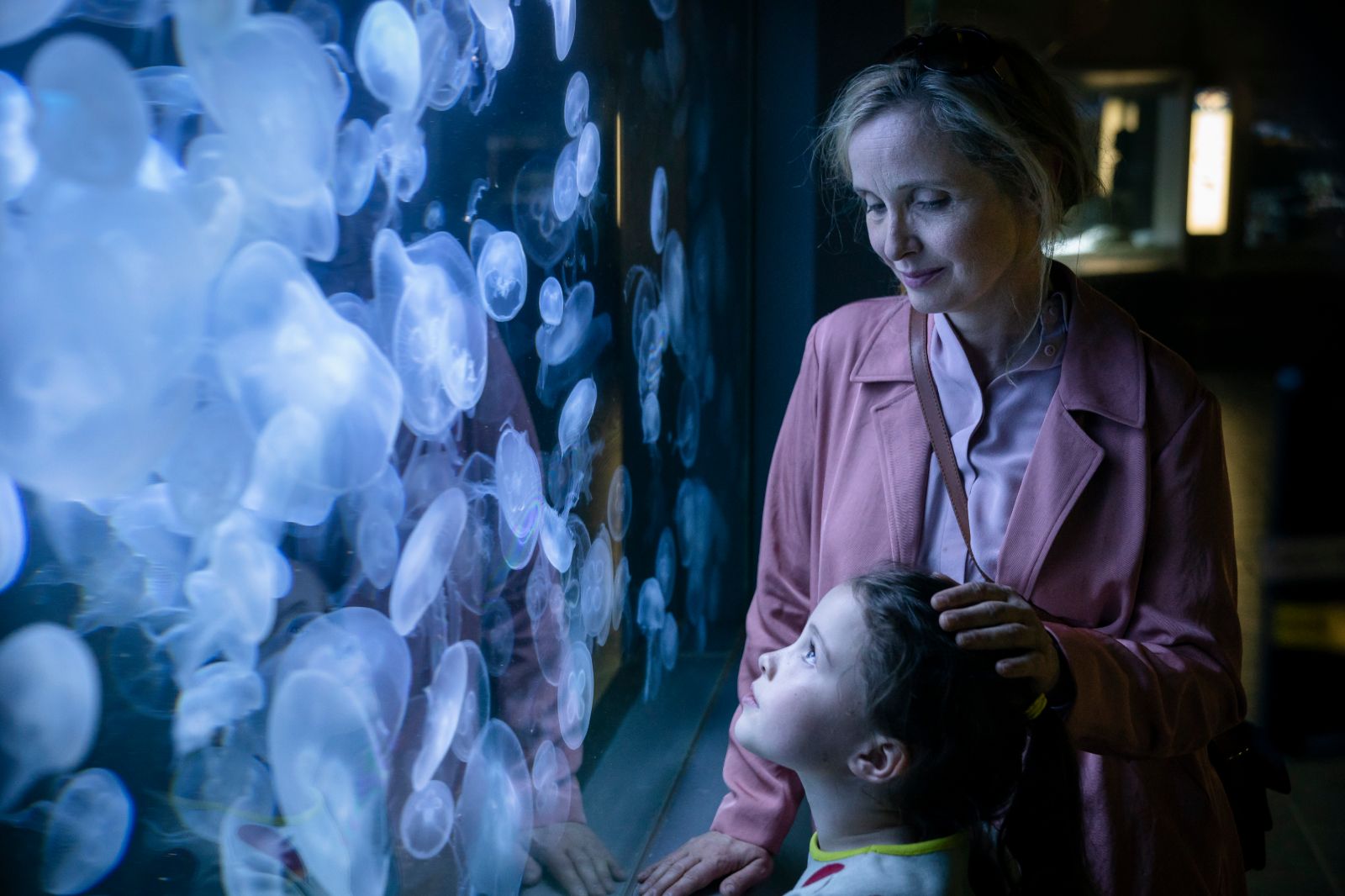 From her work in the 2 Days series to her performances in Three Colours to the Before trilogy, which she co-wrote with Ethan Hawke and Richard Linklater, Julie Delpy often imbues her characters with a tinge of heartfelt lunacy, going on creative, insightful, and downright hysterical outbursts regarding some sociopolitical scheme or the real reasons people fall in and out of love. In her latest film, My Zoe––which she wrote, directed, and leads––she takes these career-long ideas to deliver one of her most passionate performances and ambitious scripts to date.

My Zoe is essentially two films, its first 40 minutes taking the form of marriage melodrama on par with the best scenes in Noah Baumbach’s recent work. Delpy’s craft excels when she puts two people in a room—not just conversing but destroying each other, throwing verbal daggers with intent to kill. Delpy plays Isabelle, a scientist in a custody battle with her pompous architect ex-husband, James (Richard Armitage). The monotonous legal procedures and custody arguments create sad friction when they frame their child Zoe (Sophia Ally) in the heart of most quarrels.

With Zoe being an only child, Delpy shows her as she wants to see her or how her father uses Zoe to win an argument. Divorce breeds isolation for children who are left to their own devices; films on the subject often show children caught in the middle of most heated exchanges, yet rarely do kids by themselves get the spotlight. It may have enriched this story if we had more time with Zoe to understand how she felt, how divorce is a major emotional affliction in a child’s life. In My Zoe, parents are at the center and their self interests can prove suffocating.

As a sudden tragedy strikes, however, these parental figures are forced to spend more time together over extended waiting periods in a hospital lobby. Delpy creates a space that plays like divorce purgatory, the former couple mulling over everything they did wrong to each other while a child lays sick in the wings. My Zoe‘s resonance and power rings in Delpy’s ability to render the toxicity of distrust and how adults fail to reconcile their differences––further, the space she creates for each person to reveal what they must say.

When all else fails, the mother in Isabelle is taken over by the scientist as the film’s second half delves into another realm completely. Compelling but ultimately muddled conversations with the renegade Dr. Thomas Fischer (Daniel Brühl) give plenty of food for thought on the ethics and morality of science’s innovations and intentions. The dialogue between Delpy and Brühl is engaging, even when Dr. Fisher’s motivation is not immediately apparent. It becomes clear he has his own interests and will use Isabelle as a vessel for scientific achievement.

By defying previous conventions in her corpus, Delpy engages on an intellectual and emotional level throughout My Zoe. Its real achievement is a seamless transition between thematics while allowing an audience to weigh the arguments poised by two people in opposition––not only with the scientists, but the marriage as well. Allowing these ideas to bubble to the surface without seeming preachy, condescending, or elitist evinces a refreshing trust in her audience. Some may be exhausted by the emotional weight of divorce, but Delpy carries us through each stage of grief and motherhood with a deft directorial touch. While the conversations regarding radical medical procedures may be out of her depth, she treads with curiosity and sensitivity, peering through the eyes of death with the heart of a mother doing everything she can to save her daughter.

My Zoe opens in theaters on February 26 and on demand on May 25.