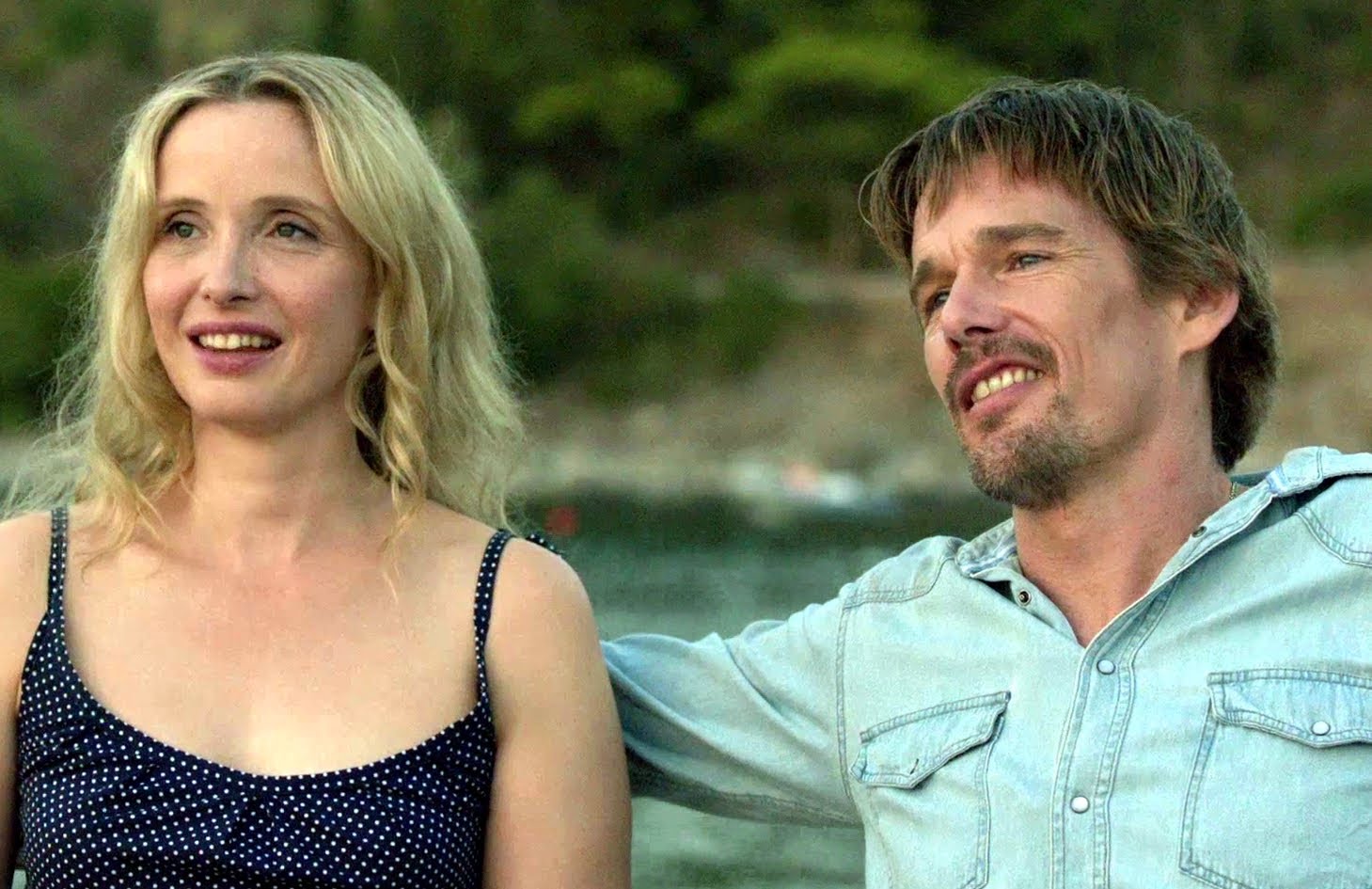 Update: Julie Delpy has clarified her comments in an interview with Variety, saying that she collectively discussed an idea for a fourth Before film with Richard Linklater and Ethan Hawke, but they decided to not move forward. “What happened was that we––all three of us––agreed that we couldn’t come up with something good for a fourth one,” she said. “It’s that simple. We didn’t fight. We’re not on bad terms. Everyone’s happy…It’s so much drama for nothing. We just didn’t come up with a good idea.” See the original story below.

After checking in on the romantic saga of Celine and Jesse every nine years since 1995’s Before Sunset, cinephiles across the world had their calendar set for next year, 2022, in the hopes that we may see the next story from Richard Linklater, Julie Delpy, and Ethan Hawke, following 2013’s Before Midnight. Well, hold on to your Criterion box sets—looks like it’ll be the definitive collection.

Delpy has now confirmed that Linklater proposed the idea for a fourth entry, but she declined. Speaking to Telerama (via The Playlist), she said she was often thinking about leaving the industry, adding ,“A year-and-a-half ago, I was not far from it. The hell I went through to produce my film [My Zoe] had exhausted me. I said no to Richard Linklater for the fourth part of the Before films. I thought that maybe I could go back to school. I would make a very good doctor, for example! You give me three symptoms, and I tell you what you are suffering from! But I like to create, to tell stories; it’s stronger than me.”

When we spoke with Hawke a few years ago, he discussed his thoughts on the series, saying, “I know that there’s a symmetry to those three movies that I really like. At the beginning of Before Sunrise it starts with this couple in their 40s fighting on a train and you pan over and see two young people listening and we turn into that couple. And there’s something beautiful about that. And the joke Julie makes at the end of Before Midnight that maybe we’re caught in some space-time continuum. You do get the feeling that that circle’s gonna keep going around. So it has a sense of completion to me as a trilogy, but I could imagine revisiting Jesse and Celine in some totally different way in some different kind of movie.”

Earlier last year, Hawke told Indiewire that any future film would not be in the same release pattern. “If the first three were all nine years apart, the fourth would not follow that trajectory,” Hawke said. “Linklater would want a different path, either a short film set four years after Midnight or a feature two decades in the future. We think about it. Those are the three best experiences of my life: Before Sunrise, Before Sunset, and Before Midnight. They are a part of me. So the idea of revisiting it, I would have to believe we could make something as good.”

While Delpy could of course potentially change her mind in the years to come, in the meantime she’s trying to get her long-in-the-works A Dazzling Display of Splendor made, but financing has been tricky. A drama about the early days of Hollywood with Emilia Clarke attached, the story follows a family of Vaudeville performers embarking on a cross-country road trip from New York to Los Angeles while making a motion picture.

Read more from Delpy in our recent interview on My Zoe here.