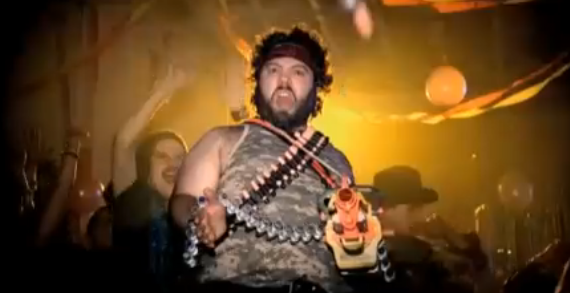 It has taken awhile for Take Me Home Tonight, shot in early 2007, to see a theatrical release, but it is finally happening next month. The often hilarious comedy revels in its 1980’s nostalgic tone. This is not a parody film, rather one that embraces every aspect of those films you love. What better way to celebrate than actually re-enact all those films?

The cast of Tonight threw a crazy party and did just that. Check out the video below via Cinema Blend and thanks to Josh Tyler over there, a list of all the references spotted. The cast, most captured at the party, Topher Grace, Anna Faris, Dan Fogler, Teresa Palmer, Chris Pratt, Michelle Trachtenberg, Lucy Punch, Michael Ian Black, and Demetri Martin.

What did you spot? Are you going to check out Take Me Home Tonight?