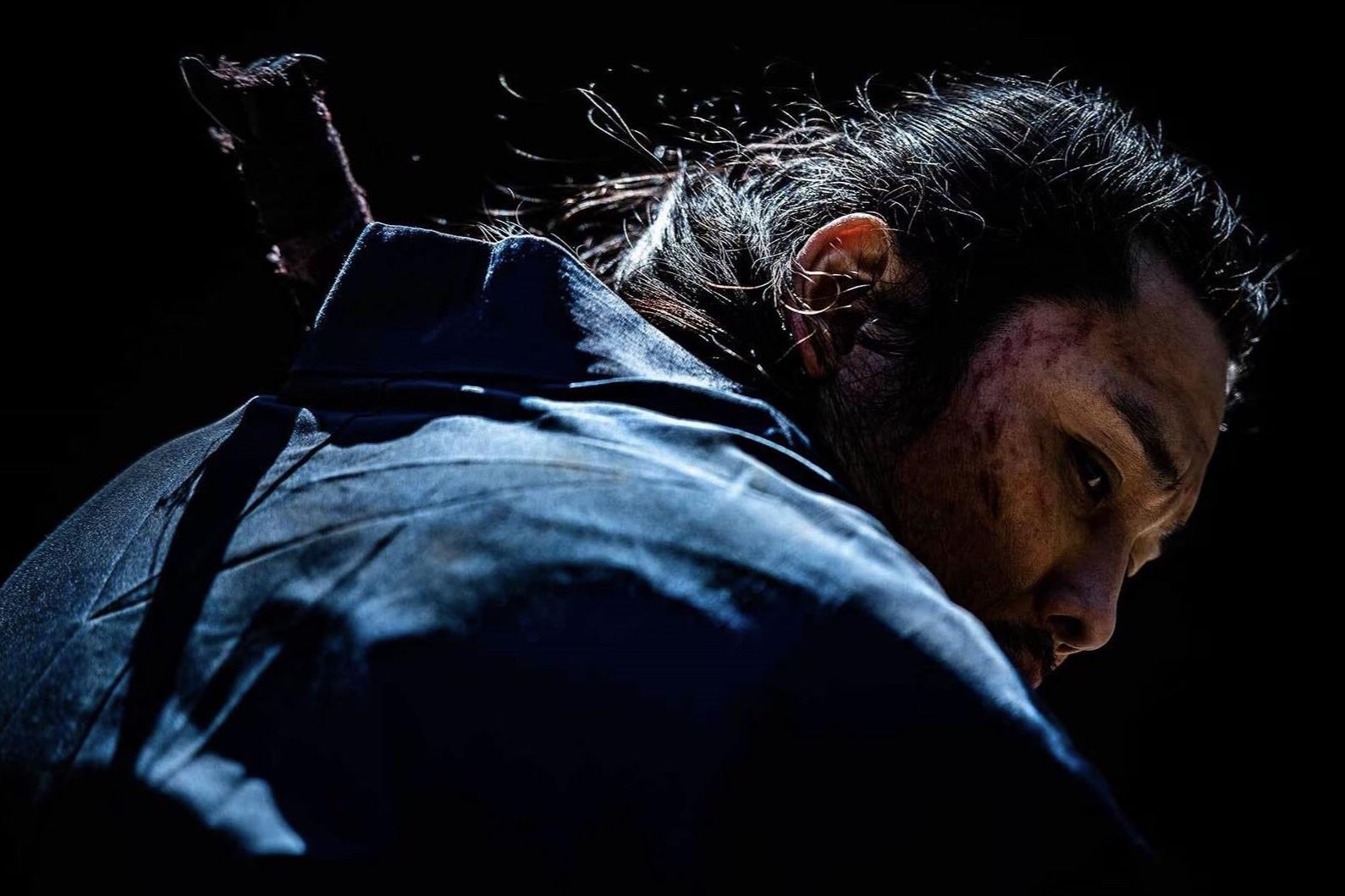 The genre show goes on as Montreal’s Fantasia International Film Festival moves online for its 24th annual edition happening from August 20 to September 2, 2020. The best news for the host nation is that anyone in the country (all films save #SHAKESPEARESSHITSTORM for the US will be geo-blocked to Canada) can experience the fun that only those able to travel to Montreal have in the past.

Each on-demand title will be available through their festival portal for $8 CAD and accessible during the course of the festival (with 30 hours to finish once you’ve pressed play). Attendance numbers will be capped similar to the capacity of the auditorium it would have screened at had an in-person event been possible and there will be select live screenings that must be watched during specified times as a communal experience.

Don’t think that the virtual nature of this installment will water down the product, though, as everything Fantasia regularly offers remains intact. There’s an online masterclass from Lifetime Achievement Award-winner John Carpenter; a tribute to the late South American filmmaker José Mojica Marins with screenings of At Midnight I’ll Take Your Soul, The Strange World of Coffin Joe, and The End of Man; and the usual mix of world, Canadian, and North American premieres.

We’ll be watching films throughout Fantasia’s whole run so keep checking back here and below as more capsules are added, with links to all full reviews:

John Hyams––director of the impeccable Universal Soldier: Day of Reckoning––creates something lean, ferocious, and elemental with Alone. Here, Hyams doesn’t reinvent the wheel, but crafts a smart and economical thriller where characters make rational decisions and still end up in hellish circumstances. The two leads (Jules Willcox & Marc Menchaca) help to elevate the material, delivering razor-sharp and focused performances. This is a taut, nasty thriller stripped of every single ounce of flesh and veins until all that’s left is bare-bones survival. – Mike M.

“[Chasing Dream is] a tongue-in-cheek affair that unabashedly lambasts itself from start to finish. I think its success is largely due to the fact it doesn’t solely rely on one genre. By complementing its rom-com infrastructure with sports and musical tropes, no single aspect is allowed to become stale. That’s not to say it’s perfect or that some sub-plots don’t take too long to circle back to for closure, but joining so many disparate parts together at all is a feat deserving notice.” – Jared M. (full review)

“So while Clapboard Jungle does contain an extensive compilation of interviews, they aren’t assembled as a lecture for audiences tuning in. They instead combine to form a mentorship program of sorts for McConnell himself. Their words are solicited for his own edification first and ours second. The film is a document of his struggle to be noticed on this cliquish scene by using their advice rather than a vehicle for anecdotal entertainment. McConnell’s life becomes a trial by fire.” – Jared M. (full review)

Climate of the Hunter (Mickey Reece)

A unique and bizarre little devil of a film, Climate of the Hunter will surely be divisive. Perhaps as divisive as a charming vampire who’s over for dinner. That’s the central idea, which focuses on two sisters both subtly — and yes, not so subtly — fighting for the attention of an intriguing man who may or may not have fangs. With conversation this good, sexual tension this thick, and food this delectable, it’s almost worth the plummet into Satan’s alley.  – Mike M.

From post-Francoist State Spain to post-reunified Germany, director Christian Alvart moves Alberto Rodríguez and Rafael Cobos’ Goya Award-winning thriller Marshland to a newly democratized remote village outside of Berlin via Free Country. Considering detectives Patrick Stein (Trystan Pütter) and Markus Bach (Felix Kramer) are thrust together despite building their careers in the West and East respectively, Alvart and co-writer Siegfried Kamml have ample room with which to retool things through a prism of their own nation’s potential for dark political secrets and guilt-ridden pasts. So while both men seek to solve a mystery surrounding two missing teenage sisters, they also look to peel back each other’s conditioned layers of subterfuge in order to begin unpacking Patrick’s rejection of authority and Markus’ complicity to a fallen regime. – Jared M. (full review)

“Let’s be honest. If you read the synopsis, see the poster adorned by a confusedly crazed Gary Green, and still sit down anyway: you’re doing so with the knowledge that it’s your cup of tea. Weird films like Fried Barry rely on that truth so they can consistently get weirder without losing their audience.” – Jared M. (full review)

A film focused on gig-economy work in an alternate present, Lapsis centers on Ray (an engaging Dean Imperial), a ‘70s mobster-lookin’ type who needs to provide for his aling brother. To make cash quick (but not free of risk), Ray begins pulling cables between huge cubes used for the booming market of quantum trading, deep into the forest. As the conditions and circumstances of the work become more clear, Lapsis explores labor conditions/exploitation, capitalism, and the healthcare system through simplistic narrative mechanics and dense sci-fi world-building. – Mike M.

A surprisingly ambitious but neatly contained slasher inversion, Lucky follows an author who realizes a masked man has come to kill her at night. And every night. Every single night. Her friends can’t help her, and neither can the cops. This is something she must do alone. Another lean survival thriller, this one with a twist, director Natasha Kermani starts Lucky on a playful note before evolving it into something more poignant. As its ideas unfold, Lucky elegantly clarifies the conceits of repetition and returning terror that end many horror films. Yes, you recognize the trauma, but can you fix it? A surprisingly ambitious but neatly contained—wait, I’m looping. – Mike M.

A Mermaid in Paris (Mathias Malzieu)

Gaspard (Nicolas Duvauchelle) has lived his entire life in pursuit of fulfilling a promise from his grandmother that he’s never quite understood. She was the matriarch of a family that reached well past blood to encompass a group of artistic “Surprisers” who gathered at her famed Flowerburger—an underground speakeasy of sorts doubling as a safe haven for anti-fascist disruptors during the war where song and dance led to poems and love. With a wealth of important Parisian history many will never know, she made certain to document everything that occurred via an impossible pop-up book bestowed upon her grandson before her death. He took it willingly and excitedly because he wanted to grow up and continue her legacy. Life just hasn’t yet allowed Gaspard to do so. – Jared M. (full review)

“Add it together and you get a well-oiled machine of intrigue and possibilities that Peter Genoway has carefully constructed as a labyrinth Cody Calahan’s continued visual mirroring helps bolster. With more questions than answers, we’re forever one step back even when we have everything figured out because we can’t trust that they won’t throw one more wrench to flip the table. That aforementioned pain leads into dread, but both conjure a healthy dose of humor too.” – Jared M. (full review)

A man living in a nudist colony searches for a missing hammer. Personally, that’s the only pitch I need. However, it turns out that Patrick is also the most surprisingly moving film I’ve seen all year. It’s an intriguing delight, weaving genres and modes—dry comedy, communal drama, conspiracy—seamlessly together to create a unique and astoundingly poignant film. Tim Mielants blocks and shoots each moment with beauty and meaning (seriously, there’s a timelapse here that is truly next level), and Kevin Janssens (totally unrecognizable from his role in Revenge) is wildly good here, delivering a subtle and painful performance I’m unlikely to ever forget. For me, Patrick is the quiet emotional wallop to beat this year. – Mike M.

A complicated and messy film that plays with ideas of eroticism in the digital age, PVT Chat is repulsive, alluring, and darkly comedic. The film focuses obsessively on Jack, a self-absorbed, pseudo-intellectual online gambler whose primary means of human connection is with cam models. His self-aggrandizement is where the film gets the bulk of its repulsion. One model, Scarlett, played by a pitch-perfect Julia Fox, becomes the center of his fixations. Through a connection that is digitized and distanced (and for Jack, wholly fantasized), Jack believes Scarlett to be the perfect companion to his solipsistic existence. Scarlett, on the other hand, is a more tangible and nuanced figure, bringing the heart to PVT Chat, even when it’s frustratingly difficult to discern if director Ben Hozie actually believes camming to be an authentic form of work. – Mike M.

Sleep is a hypnotic feature debut from Michael Venus, who slowly unravels a tale of suppressed German pride/guilt, personal and familial trauma, and community-based sin. Gro Swantje Kohlhof delivers a mesmerizing lead performance, anchoring the most cerebral (and discursive) elements of Sleep with focus and commitment. Venus is a talent to keep an eye on, expertly balancing ghoulish imagery, intriguing mysteries, and searing cultural study. Just watch out for the hogs. – Mike M.

“[Armstrong’s] process of letting the farce unfold into nightmare is similar to the warped aesthetic of an Adult Swim sketch like Too Many Cooks. Surreal comedy turns into surreal horror as hope buckles under futility’s weight. Everything Jim believed sight-unseen reveals itself to be the propagandized fantasy America’s less fortunate communities have known it to be for centuries.” – Jared M. (full review)

Mertens is therefore always juxtaposing the visual beauty of the mundane with the psychological dread of potential nightmare. Time of Moulting won’t be for everyone as a result since she rarely (if ever, really) depicts what that potential can deliver. She’d much rather keep us off-balance by presenting the darkness growing within her lead as snapshots of self-mutilation, fleeting moments of respite, and hopeful release. – Jared M. (full review)

Johan von Sydow’s Tiny Tim: King for a Day is a documentary exploring the life and career of the man whose real name was Herbert Khaury. Making its debut at the 2020 Fantasia International Film Festival, King for a Day is an energetic, wildly creative account of an inimitable figure who lived an almost unbelievable life. It features interviews with a wildly diverse mix of friends and collaborators––Peter Yarrow, Tommy James, Wavy Gravy, D. A. Pennebaker, Jonas Mekas (!)––and Weird Al Yankovic as the voice of Tiny Tim’s diary entries. Director von Sydow employs haunting animation and stunning archival footage to craft a film as insightful as it is entertaining. – Chris S. (full review)

See our complete coverage here. For full schedule and information, visit their website.