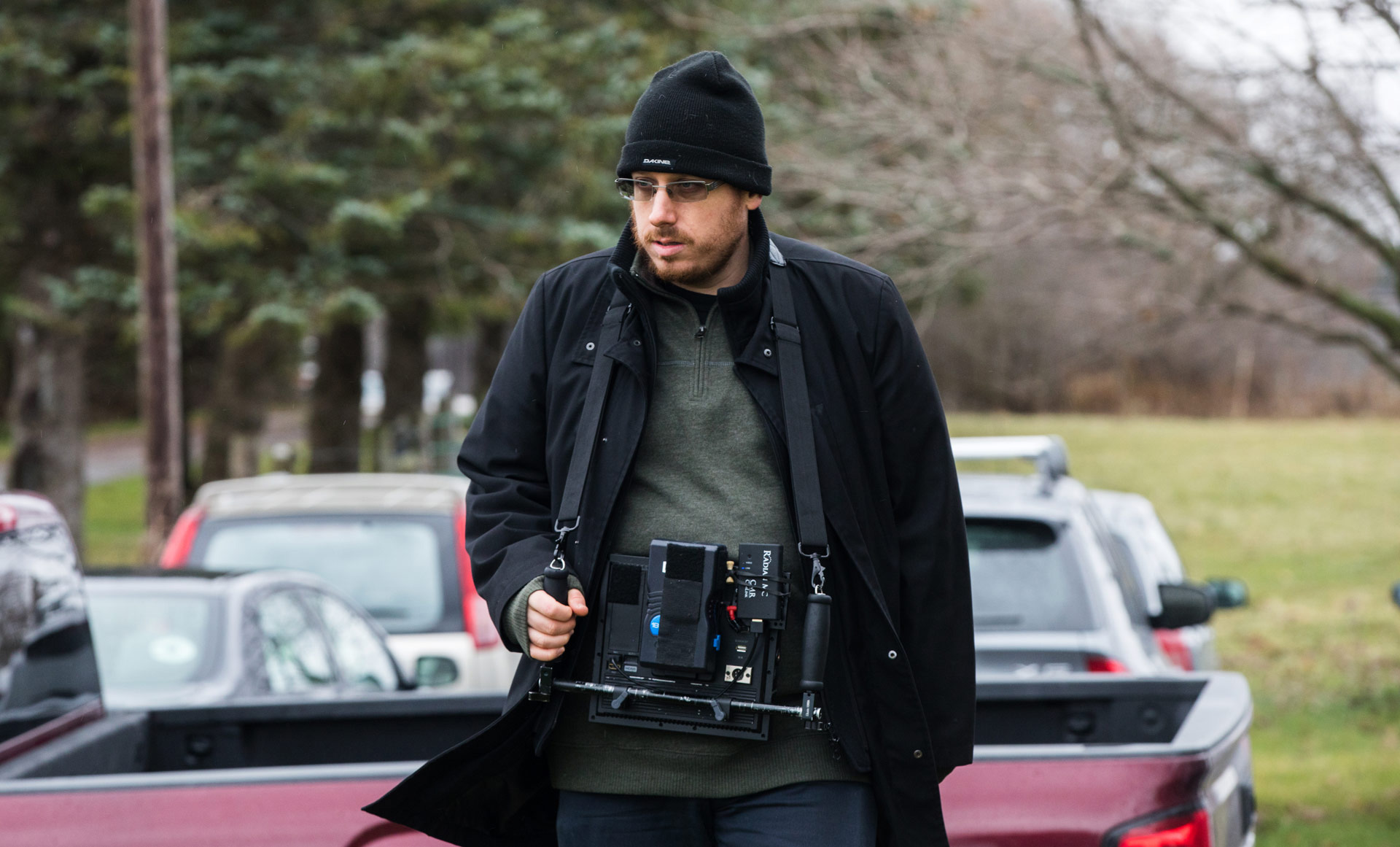 If you know anything about the independent film world, it won’t be surprising to discover the project writer/director Justin McConnell is hoping to get off the ground at the start of Clapboard Jungle isn’t going to be much further along in its pre-production process four years later. That’s the nature of the beast. You’re going to have moments of elation when it appears that funds have come through and the inevitable spiral downward when those plans evaporate. You’re going to hit your head against a wall to draw blood from that stone until you realize stagnation isn’t doing anyone any favors when you have other ideas that may bear fruit quicker. Guess what, though? The next one probably won’t get made before the end of this journey either.

To see that adversity first-hand is what drives McConnell’s documentary about the industry forward where talking heads couldn’t. Despite genre names like Guillermo del Toro, Barbara Crampton, George Romero, Jenn Wexler, Paul Schrader, and Jovanka Vuckovic providing their insight as far as what it takes to be a filmmaker in an age of oversaturation and depleted resources, hearing them talk about their experiences is nothing more than an academic enterprise for those who haven’t experienced the frustration of defeat and elation of victory themselves. We need McConnell to turn the camera around so we can walk through his struggle alongside him while those idols and contemporaries bestow their wisdom. What happens when he puts their words into practice and what happens when he bets on himself?

So while Clapboard Jungle does contain an extensive compilation of interviews, they aren’t assembled as a lecture for audiences tuning in. They instead combine to form a mentorship program of sorts for McConnell himself. Their words are solicited for his own edification first and ours second. The film is a document of his struggle to be noticed on this cliquish scene by using their advice rather than a vehicle for anecdotal entertainment. This is practical information told with candor. It’s producers like Corey Moosa, Travis Stevens, and Stephanie Trepanier detailing what Justin should be thinking and doing before taking a meeting with financiers about his art. There’s a game to be played and crucial behind-the-scenes facets of its framework that must be learned for a chance at glory.

McConnell’s life becomes a trial by fire. We watch him come to terms with the challenges of this vocation and the reality that personal enthusiasm isn’t enough to breathe life into concepts that demand more than shoestring budgets. He must therefore take a hard look at his goals and reconcile whether or not his current passion projects are a right fit to achieve them. Can Tripped get him there on sheer force of will? Can The Eternal cross the finish line with a name like Michael Biehn attached? Maybe McConnell should just move forward to something new by teaming with Serena Whitney on a Mark of Kane adaptation. Maybe its potential mainstream palatability can at least open some doors to gain necessary experience and on-the-ground insight.

It’s that ability to continue pushing even if it means hopping from project to project that finally begins seeing results with yet another title added to the slate in Lifechanger. And McConnell isn’t afraid to show the highs and lows of what that back and forth looks like as he tapes numerous video diaries to document both. We see him lose weight and gain it back. We get excited when he hangs up the phone with an abundance of optimism only to hear him lament how it was all for naught a single cut later. And even when it appears he’s lost the confidence to keep fighting after falling two steps behind, we realize he’ll always take one more because the smallest victory can still refuel his desire.

McConnell also understands that making the film about him comes with its own problems, but he acknowledges his privilege as a white man in a profession dominated by white men (despite being on the outside looking in) and he’s not averse to hitting pause to deliver a comedic aside at his own expense. He has to grow as an artist too once his parents arrive onscreen to explain his greatest weakness has always been taking criticism. Each time Justin gets knocked down is thus a learning experience to get back up stronger and smarter. Having Serena as a collaborative partner opens his eyes to compromise, hearing producers explain what they want from pitches evolves his strategy, and he does ultimately end up directing two features and a couple shorts.

Are they going to be enough to get him where he wants to go? Maybe. Are they enough to help him realize he’s exactly where he wants to be? Definitely. That’s the big lesson when all is said and done. Where McConnell believes that cinematic success is his dream at the start, he eventually accepts that it’s actually the pursuit. Because whether or not you know his name or saw his films doesn’t negate the fact he’s made them. Whether or not he’s rich enough to create whatever he wants doesn’t negate that what little money he has was earned doing something he loves. Independent film is a blue-collar industry in that way. Work hard, chug along, and pick your spots. Create contacts, find utility, and never stop.