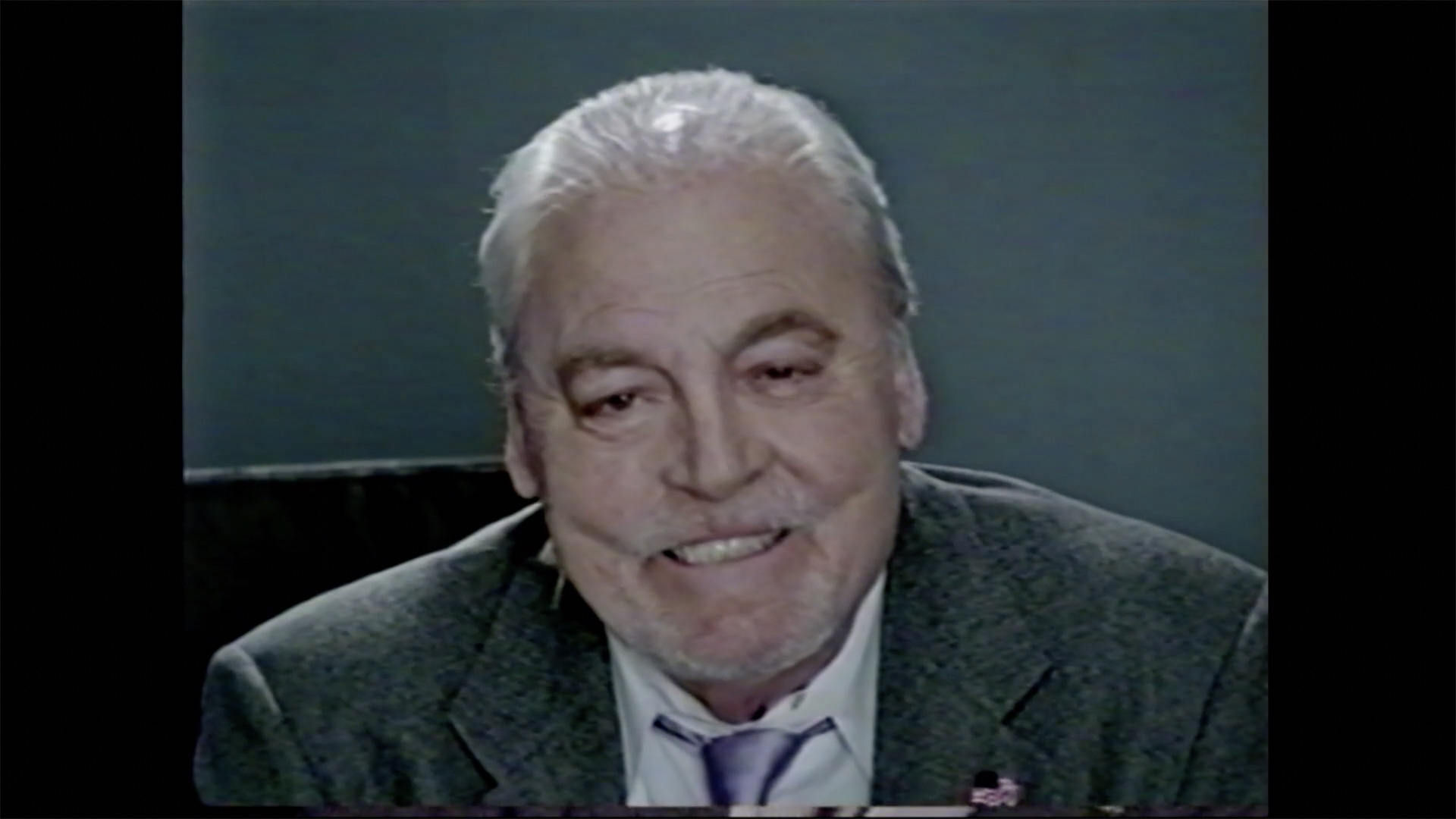 The world isn’t what it used to be no matter how vehemently a Republican believes the opposite when explaining that the 1791 ratification of an American’s “right to bear arms” includes the civilian purchase of military-grade automatic weaponry. Technology exploded exponentially over the past two decades and our laws, infrastructure, and politics have been very slow to adapt. The reason is simple of course: the patriarchy. It’s why our country still believes it holds jurisdiction over a woman’s body. It’s why we funnel finances from education and mental health initiatives to our national thirst for violence a lack of both exacerbates further. It’s why our police force has ostensibly gone to war with the citizens it’s supposed to keep safe. “Protect and Serve” became “Control with Fear” overnight.

Because writer/director Quinn Armstrong understands that a lot of the suffering felt today comes as the direct result of policies put into effect during the Reagan administration, he takes us back to that heyday of conservative fear-mongering by setting his feature debut Survival Skills in 1988. Presented as an instructional video for Middletown, WA police academy graduates, we watch as our host and narrator (Stacy Keach) leads a precociously gung-ho recruit named Jim Williams (Vayu O’Donnell) through his first year on the beat. This rookie is as pristine as a Ken doll: plastic, naïve, and untouched by the horrors surrounding him. He’s given a home, a girlfriend (Tyra Colar’s Jenny), and a desire to do tangible good through his new role in law enforcement. It’s an unrealistic fantasy.

Anyone who thinks differently is not only willfully ignorant, but unsuited for the job. So don’t look at Jim’s partner Allison (Ericka Kreutz) as being jaded. She’s merely realistic. She’s been through the fire and has learned that certain battles cannot be won. The fact she neither quits nor rejects the inevitable disappointment of such a reality isn’t weakness, though. It’s her strength. That expertise provides her with the ability to acknowledge when a tenuous situation has become too complex to push. Allison is fully aware of the fact that our world’s moral compass has been wrecked beyond repair and thus won’t ignore the line her heart implores her to cross. To provide help within a broken system too often ends up leading to more harm.

It’s a lesson Jim is about to face—one that his sunny disposition and unwavering optimism is ill-equipped to escape alive. The reason stems from his actions being objectively moral and just. In a perfect world Jim would enter the Jenning home on a domestic abuse call and take Mark (Bradford Farwell) away in handcuffs so that his wife Leah (Emily Chisholm) and daughter Lauren (Madeline Anderson) can live the rest of their lives in peace. It’s not, though. The burden of doubt lies with the abused and the legal power to destroy them lies with their abuser. It’s men acting criminally in a society held together by rules they wrote with the explicit aim of retaining control. And they gave Jim his badge to facilitate that goal.

This truth can be expanded out well past the dynamic between men and women. It’s also white men against people of color, heterosexual men against the LGBTQ community, and Christian men against other religious denominations or—as Armstrong so absurdly homages with a callback to Reagan’s “Satanic Panic”—games like Dungeons and Dragons. The moment you dare jeopardize their authority is the moment you become a sympathizer. It doesn’t matter that you’re correct because being labeled the enemy renders you wrong by default. That’s when decisions and laws you didn’t think were contextually relevant prove the opposite. If the institutions that can assist Leah have been defunded, where can she turn? If the scales are tipped, how can speaking out not result in her tumbling back towards oblivion?

The humor Armstrong injects turns dark quickly as a result. Our laughter at Keach’s police department suit trying to put a shine on self-defense videos and disseminate the lies that being a cop is mostly sitting in squad cars with nothing to do makes way towards open-mouthed shock once Jim chooses to gradually ignore the orders given by the former’s omniscient voice. What was an instructional video cemented to a copaganda script with a lead character beholden to the whims of his author starts to unravel. Jim inexplicably embraces free will to go off book to the point where Keach attempts to rewind his tracking-filled VHS tape so this pawn can get back in-line. No matter the evidence to the contrary, though, police officers aren’t robots.

I wish there was room to take the second fork in this road and show how free will creates as many bad cops reveling in violence as good ones helpless to stopping it (the amount of sympathy Survival Skills asks us to have for policemen caught in impossible situations skirts with glossing over the fact that nuance exists inside their precinct as well as out), but Armstrong’s intent being much more specific than that should be taken into account. He drew this film (and his short of the same name) from his experiences working in domestic abuse shelters. So the complexity of that subject is what’s important. He’s exposing the dominoes that are precariously set-up to crush victims and tie the hands of those wearing heroically empty costumes.

His process of letting the farce unfold into nightmare is similar to the warped aesthetic of an Adult Swim sketch like Too Many Cooks. Surreal comedy turns into surreal horror as hope buckles under futility’s weight. Everything Jim believed sight-unseen reveals itself to be the propagandized fantasy America’s less fortunate communities have known it to be for centuries. And even though Keach’s narrator can be silenced with a scene of emotional potency his character’s company-line attitude generally excels at neglecting, his survival is assured by not seeing citizens in need as actual people. That’s the skill he hoped to teach Jim. As we watch O’Donnell’s effervescent smile get replaced by a forced grimace, however, we realize an awakening is still possible if it’s not already too late.