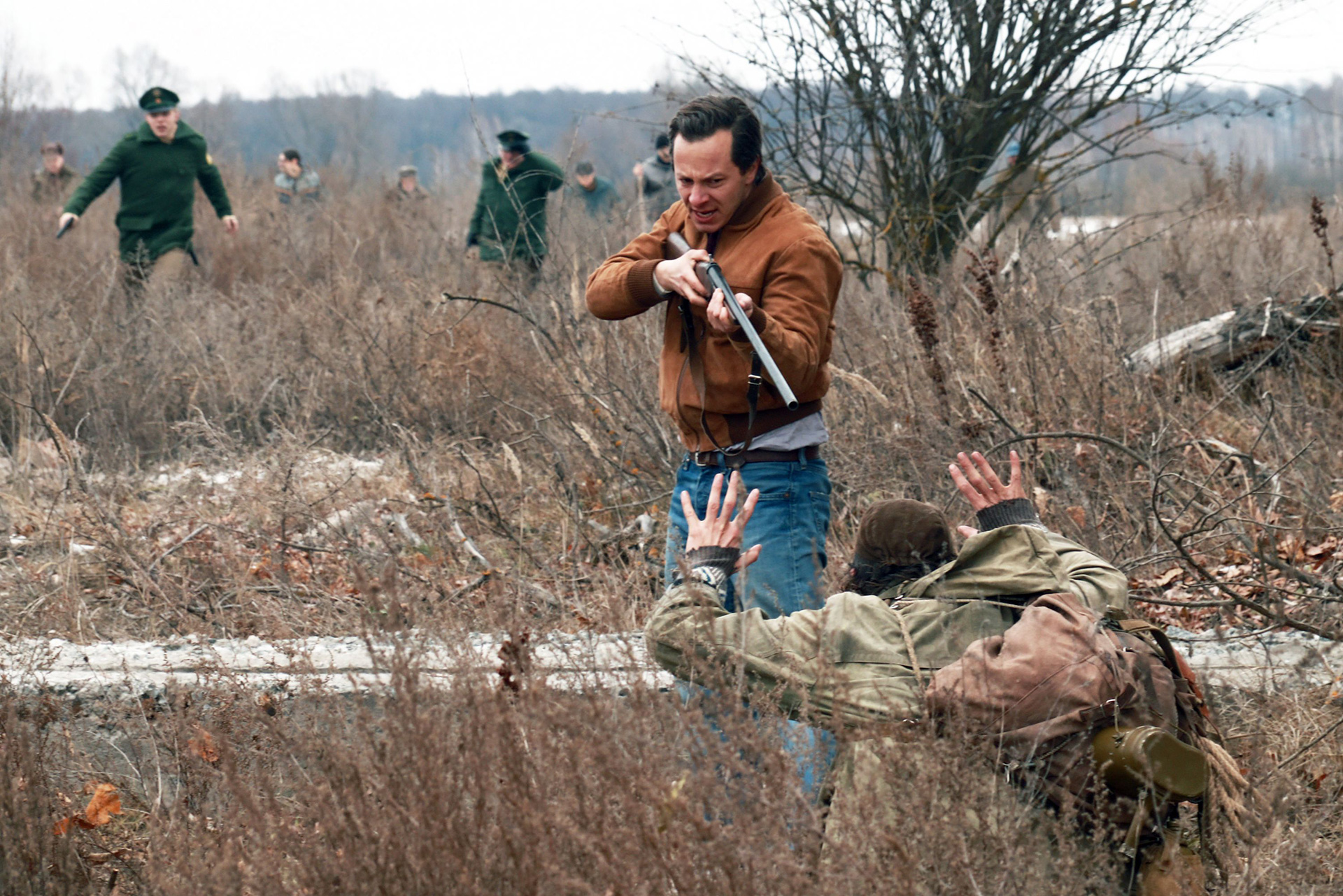 From post-Francoist State Spain to post-reunified Germany, director Christian Alvart moves Alberto Rodríguez and Rafael Cobos’ Goya Award-winning thriller Marshland to a newly democratized remote village outside of Berlin via Free Country. Considering detectives Patrick Stein (Trystan Pütter) and Markus Bach (Felix Kramer) are thrust together despite building their careers in the West and East respectively, Alvart and co-writer Siegfried Kamml have ample room with which to retool things through a prism of their own nation’s potential for dark political secrets and guilt-ridden pasts. So while both men seek to solve a mystery surrounding two missing teenage sisters, they also look to peel back each other’s conditioned layers of subterfuge in order to begin unpacking Patrick’s rejection of authority and Markus’ complicity to a fallen regime.

The fallout of the Berlin Wall’s destruction creates a ripple effect that consumes every single character from a factory strike unfolding in the background (capitalistic greed brings in fresh ownership hell-bent on lowering wages knowing they can simply hire cheap labor from Poland to replace the local union) to a newfound hope for escape to the big city that the town’s youth has grasped onto tightly. Ask any stalwart resident and they’ll tell you about family who left to find work elsewhere due to the open border. That which women like Katharina Kraft (Nora von Waldstätten) could only dream about is now a reality for her daughters. With that hope, however, also comes a guarantee of exploitation through it. Promises are made and promises are broken.

It’s Patrick and Markus’ job to discover which occurred to Kraft’s children. Did they run away as a brochure for Berlin found in their room might suppose? Or were they taken in the night to be killed and dumped outside a derelict farm like their sexually active reputation presumes? Patrick looks to introduce an eastern expertise in real police work by asking tough questions of those that he suspects know something. Markus is conversely never one to shy away from western Stasi techniques of strong-arm tactics to instill fear or after hour interrogations with a bottle of vodka as his partner. The former disapproves of the latter’s uncouth and illegal practices while the latter laughs at the former’s Boy Scout demeanor. They’re a literal good cop/bad cop stereotype.

If ever a scenario demanded one, however, this is it. The closer they get to concrete answers, the more they’ll need to rely on what the other brings to the table. At the end of the day they’re both good at their job. Patrick has a way with appealing to people even if the information they provide comes from an intermediary and Markus has a knack for finding suspicious details and remembering how they connect. It’s not long before they become threatened both by criminals involved in the case and those whose activities have been jeopardized because of it’s expanding scope. Young men come forward with stories of girlfriends who’ve also disappeared and the superior officer allowing the detectives into his jurisdiction proves anything but forthcoming.

They’re more or less on their own as a result (save Ben Hartmann as vagrant hunter and willing confidential informer Richy Horn). Half the village doesn’t trust them because they’re outsiders and the other half does precisely because that label frees them from whatever is happening behind the scenes. So when boys like “Handsome” Charlie (Ludwig Simon) refuse to show them respect, you have to wonder if the reason is teenage rebellion or an as yet unknown sense of security. And when those like Henner Kraft (Marius Marx) clam up despite obviously knowing more about his daughters’ plight than he’s letting on, we must wonder if he’s involved in their disappearance or something else. No one is beyond reproach. No one is as wholesome as his/her self-righteousness projects.

That goes for the detectives too. Free Country is at its most interesting when it deals with the wealth of baggage they each carry. Patrick is always on the phone with the pregnant wife he’s left behind to reclaim his career after some self-righteousness of his own got him into hot water with his boss. Markus is unable to sleep as he’s followed (or haunted) by a cawing raven portending death whenever he clutches his chest and pops another pill. They glean backstory about the other through hearsay (Marc Limpach’s reporter Möller knows a lot about them both) and wonder how far they can trust each other’s motivations. A common goal for redemption—whether socially or psychologically—says they can if only because justice helps them achieve it.

So we watch as they revel in a job well done and throw punches in a fit of frustrated rage. Things get personal quick and emotions run high as a result. Patrick wants to hold himself to a higher standard than his partner, but his own weaknesses show he’s willing to cross a line now and again too. Markus wishes he can put his years terrorizing dissidents behind him and do right by this community that’s as ill-equipped to fully embrace its new freedom as he is, but making that switch isn’t easy when you realize some stains can’t simply wash away. Pütter and Kramer effectively perform the roles with intrigue, their tenuous rapport constantly influenced by their mutual penchant for secrets and mistrust in the other’s strategies.

Credit Alvart and Kamml for allowing the mystery being solved to take a back seat to the characters’ personal evolutions and progressions because it’s very much a metaphor for who they are and the divided Germany from which they hail. Why these girls have gone missing and how the perpetrator has thus far eluded capture are firmly entrenched in the geo-political changes occurring around them. The question posited by the plot is therefore less about bringing criminals to justice and more about exposing a path towards an unwritten future where coexistence, not absolution, is demanded for success. Patrick and Markus are each burdened by shame much like their country. As long as they agree to preserve the next generation’s promise, however, a way forward can still be forged.