Fantasia Review: Time of Moulting is a Methodical Look at an Isolated Upbringing 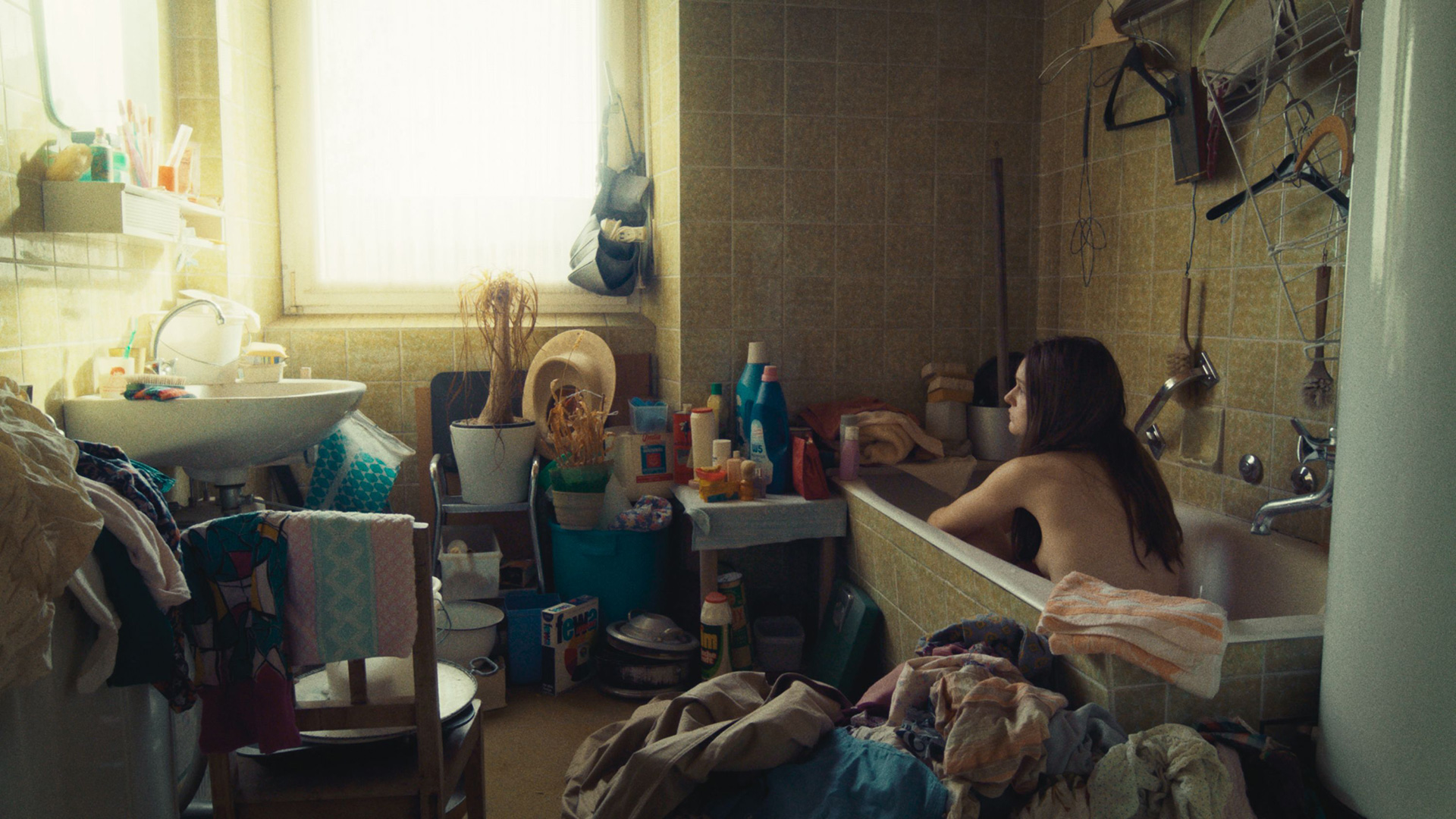 Young Stephanie (Zelda Espenschied) is utterly alone. It doesn’t matter that she lives with her parents (Freya Kreutzkam’s Mom and Bernd Wolf’s Reinhardt) because their physical presence pales in comparison to their emotional absence. And nothing will ever change. It can’t. Stephanie’s mother is too far lost in the past to think about the girl’s childhood when memories of her parents keep her forever longing for the childhood she herself wasn’t afforded. Stephanie’s father is conversely too busy living in the present to worry about anyone else as more than obstacles with which to combat on a personal road towards contentment. They both know it’s not a perfect home to raise a child in, but it’s all they can muster. They embrace stagnancy in lieu of happiness.

That doesn’t mean Stephanie wants out, though. Writer/director Sabrina Mertens understands her lead is too young to fully understand that this situation is slowly suffocating every cell in her body. She knows Stephanie’s inability to fathom anything other than this existence renders it into an ideal by default. Why would she want to go to school when she can stay home and play board games of jump on pillows with her mother? Why would she want to leave her house if the two people she loves are content to remain inside its walls as though it provides them sanctuary from some unknown evil? Here she can hear about her ancestors. Here she can listen to fairy tales and project a photographic record of that family history upon them.

No matter how much Stephanie’s mother wishes to live in the past, however, nothing lasts forever. Every living creature eventually reaches a biological threshold that demands they spread their wings. No longer a baby bird reliant on the warmth of her mother’s bosom and utilitarianism of a complacent father fulfilling his duties to feed them, Stephanie (Miriam Schiweck) soon yearns for an escape from what’s become a domineeringly claustrophobic life inside the nest. The appearance of the words “Ten Years Later” therefore ushers in the moment when Stephanie officially becomes fed up with the monotony of this prison in which she was raised. This, as the title portrays, is her Time of Moulting. She’ll either be allowed to shed her feathers or simply pluck them out instead.

You can surely guess which it will be, but don’t expect Mertens to comply with any assumptions you might have about how such a metamorphosis should unfold within a horror film. Despite the disquieting nature of much of what is put on-screen, Stephanie’s story moves with very slow and methodical progressions. It’s described as a “still life in fifty-seven pictures” as we move from the serenely mundane to the joyously happy to the abruptly cruel with nothing but two cuts separating them. And those transitions become even quicker moving forward until all three possibilities cohabitate the same frame thanks to an unpredictable volatility introduced by our newly rebellious teen.

We personally never leave the confines of her house. We know they leave (talk of going to the store and picking wild fruit arises now and then), but the only journeys we’re able to witness are those that occur from one cluttered room to the next. It’s through this disarray that we acknowledge the compulsive nature at play. Whether Mom keeping her mother’s dentures as a remembrance of what was or Stephanie toying around with confines of her butcher grandfather’s metal suitcase of tools, their actions are born from a place out of time. Everything that resides inside the house is thought safe regardless of its danger; everything residing outside as unsafe regardless of its familiarity. Once Stephanie realizes the hypocrisy of this truth, frustration inevitably takes hold.

Our terror is thus formed from the uncertainty that surrounds her impulses. The little girl we once laughed at when trying to get a snail to eat another is now hiding sexualized drawings that depict humans eating human entrails. The words read aloud from the Grimm Brothers’ Hansel and Gretel merge with the reality of Stephanie’s grandfather’s vocation until a witch getting a child fat possesses no discernible difference from that of him fattening a pig. Arousal overlaps with abuse as numbness consumes her to the point of gravitating towards death outright. Where else can she go after all? When her anxiety, anger, and fear refuse to allow her to leave this proverbial tomb, reimagining it as a real tomb starts to feel like a worthy alternative.

Mertens is therefore always juxtaposing the visual beauty of the mundane with the psychological dread of potential nightmare. Time of Moulting won’t be for everyone as a result since she rarely (if ever, really) depicts what that potential can deliver. She’d much rather keep us off-balance by presenting the darkness growing within her lead as snapshots of self-mutilation (wherein family and history become a metaphorical assailant), fleeting moments of respite (always conducted behind closed doors so as not to succumb to the anger her parents provide), and hopeful release. In the end Stephanie must come to terms with the only reality her warped adolescence can understand. If she’s not being prepared for molting and a subsequent freedom, her future must instead reside in the dinner pot to boil.