Tribeca Review: 12 Hour Shift is a Dark Comedy Set in the Company of Psychopaths 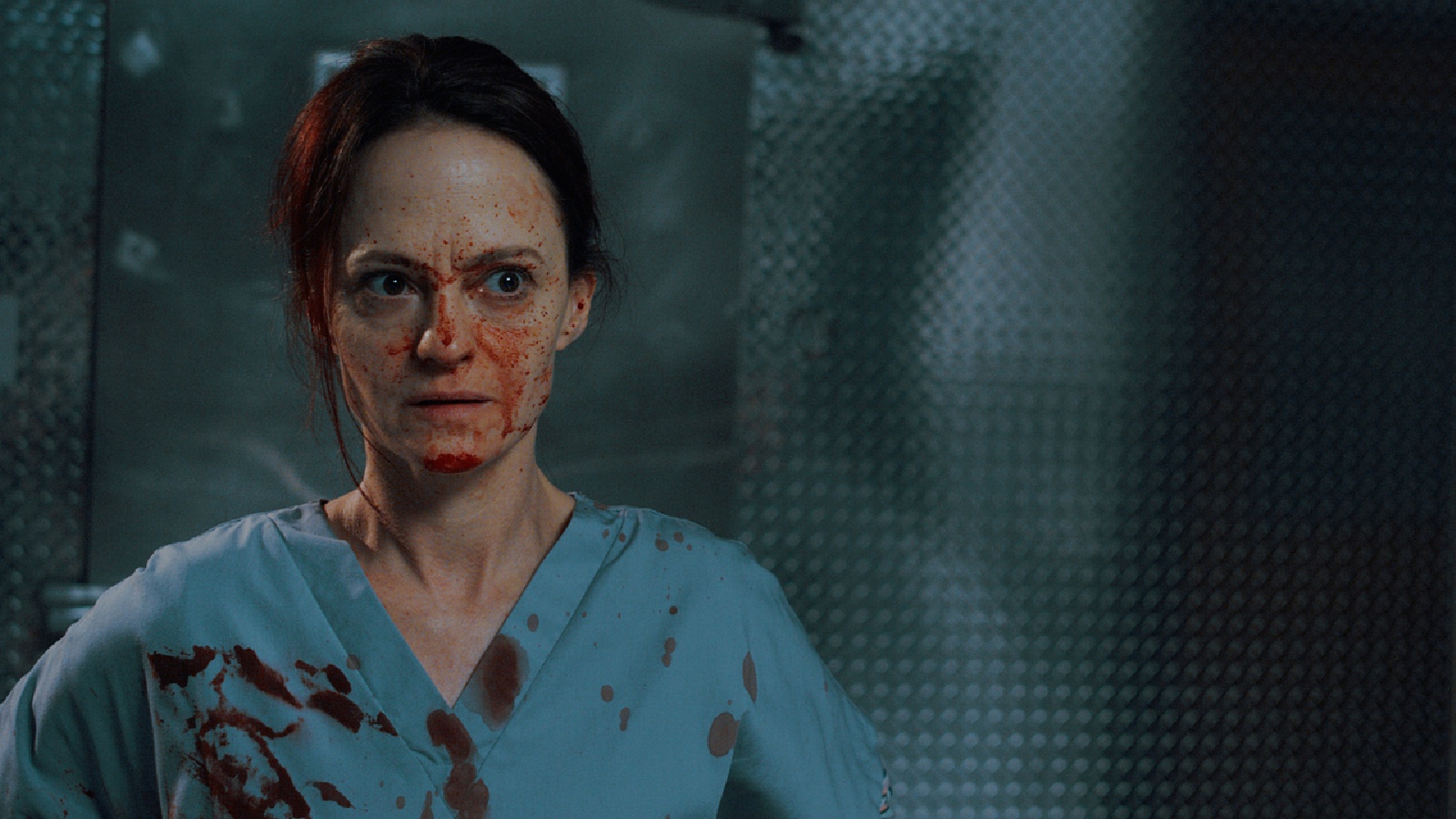 Any professional dealing with routine levels of stress and trauma is bound to develop a morbid sense of humor–and the funny horror-comedy 12 Hour Shift might become a cult classic amongst nurses. Written and directed by Brea Grant and set in a small rural hospital in Arkansas in 1999, the film finds cynical ER nurse Mandy (Angela Bettis) about to start what she thinks is a routine twelve-hour shift. Her definition of routine involves a scheme to poison patients with bleach while shift supervisor Karen (Nikea Gamby-Turner) harvests their organs for a local black market dealer. Things don’t go as planned when Mandy’s cousin by marriage, Regina (Chloe Farnsworth), shows up loaded after partying in a parking lot and forgets to take the kidney she’s supposed to pick-up.

Things are already abnormal around the hospital after the arrival of three new patients, a familiar OD patient (Dusty Warren), a man (Tom DeTrains) having a mental breakdown, and a convict (David Arquette) serving a life sentence who has been taken to the hospital after a suicide attempt. Making the rounds, Mandy and rival nurse, the bubbly Dorothy (Tara Perry), do what they can to get through the night, checking on regulars including a dialysis patient (Ted Ferguson) and a bedridden patient (Missy Stahr Treadgill). Grant’s script invests in setting up the players and the landscape of the hospital before turning up things to eleven when Regina returns desperate with her empty cooler.

12 Hour Shift begins like a work of cynical social realism as Mandy takes one last breath of freedom outside the hospital with a coworker before entering the hospital for the evening. Her rituals include snorting prescription “uppers” in the store closet before hitting the floor to make her shift rounds. Things appear to be under control until Regina stupidly poisons a dialysis patient for his kidney, and that’s when a perfectly good plan starts to fall apart.

The sophomore feature of Brea Grant, 12 Hour Shift controls its darkly comic tone even as things begin to run off the rails in the film’s somewhat over-the-top third act. You can’t accuse it of not going big even in a contained universe where the only reason the picture is set in 1999 is because most of the cops are away at a Y2K preparedness conference. The film would not work without the nuanced performance of Bettis as an overworked, underpaid, speed freak nurse who is one step ahead of everyone else, including the psychotic Regina. It takes a certain kind of psychopath to keep everyone else in check and 12 Hour Shift gleefully and unapologetically lets her run wild.

12 Hour Shift was selected to premiere at Tribeca.