Fantasia Review: Tiny Tim: King for a Day is a Wildly Creative Look at an Inimitable Figure 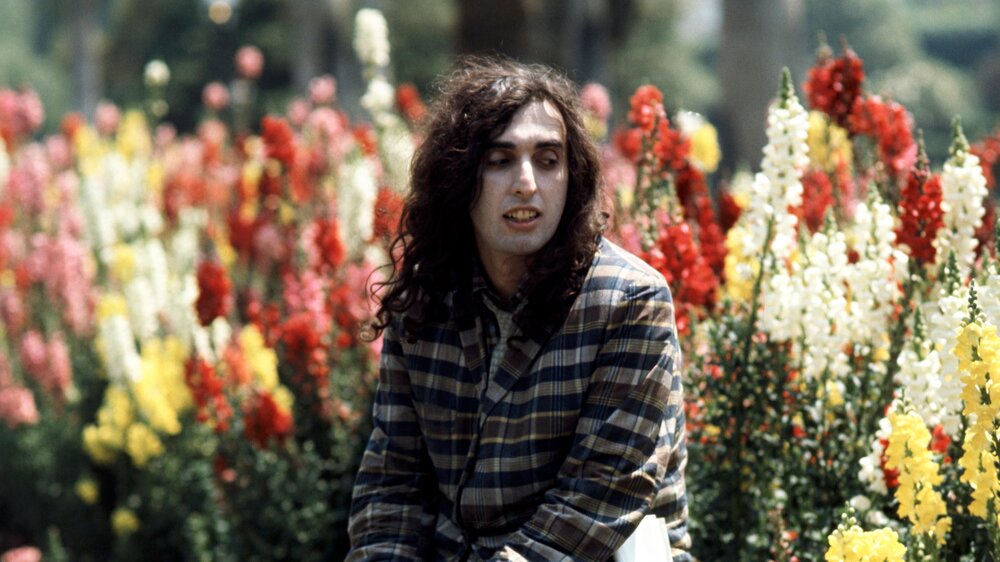 As a 1990s teenager growing up in the wilds of suburbia, The Howard Stern Show on E! often served as an introduction to the strange, sometimes funny, occasionally disturbing fringes of celebrity. For every major star that visited the Stern Show––Arnold Schwarzenegger, Jim Carrey, Donald Trump (gulp)––there was a Jessica Hahn or Mark Harris, a tabloid icon who excelled at creating controversy. No one in the latter category made more of an impression on this critic’s young mind than Tiny Tim.

As a pop culture-savvy kiddo, I was aware that this odd, Oswald Cobblepot-looking gentleman was a falsetto-voiced singer who had famously married a woman live on The Tonight Show With Johnny Carson. But as the Stern interview made clear, there was much more to Tiny Tim than those details. The lengthy chat included his obsessive quest for cleanliness, his love of specific products, a recent incident involving an electric kart at the airport, and his terrifically tangled love life. He also grew quite upset over Stern “taking the Lord’s name in vain.” It was riveting, funny, and, surprisingly, rather sweet.

Those words also describe Johan von Sydow’s Tiny Tim: King for a Day, a documentary exploring the life and career of the man whose real name was Herbert Khaury. Making its debut at the 2020 Fantasia International Film Festival, King for a Day is an energetic, wildly creative account of an inimitable figure who lived an almost unbelievable life. It features interviews with a wildly diverse mix of friends and collaborators––Peter Yarrow, Tommy James, Wavy Gravy, D. A. Pennebaker, Jonas Mekas (!)––and Weird Al Yankovic as the voice of Tiny Tim’s diary entries. Director von Sydow employs haunting animation and stunning archival footage to craft a film as insightful as it is entertaining.

And while von Sydow works diligently to provide Tiny Tim with a dignified and respectful remembrance, he is also aware of just how jarring the sight and sound of him was. King for a Day opens with footage of Tiny singing a (solo) cover of “I Got You Babe”––both parts––and it is a reminder how jarring it is to hear his voice. Just wait until you hear his versions of “People are Strange” and a ludicrous take on “Do Ya Think I’m Sexy” from The Tonight Show in 1979; Carson’s expression as Tiny strips and writhes on the stage is priceless.

It is impossible to watch these performances and not wonder: where did this figure come from? The answers are all found in King for a Day. The somber first stretch of the film focuses on the sad, violent youth of Herbert Khaury. “Everyone was against me,” he wrote in his diary, and that was true both inside and outside of the family’s small apartment in New York City. His ambiguous sexuality and appearance made things even more difficult. (His last wife describes Tiny as “half gay,” in terms of identity rather than sexuality.) Music was his escape––quite literally. One day he took his ukulele and set himself up on the street. His performance drew thrown eggs and garbage cans––“he was so damn weird,” says one family member––but also pointed to a way out.

Jesus Christ was an important figure in the life of both Herbert and Tiny; indeed, his propensity for “sinful” behavior was an ongoing source of agony as a celebrity. As the film explains, one day he prayed to Jesus and woke up with the high voice that became his signature. “I must sing the sissy way,” he wrote. While he started with a steady job in a freak show, he soon became––as Tiny Tim––a Greenwich Village sensation. As Jonas Mekas puts it in voice-over accompanying a film he shot of Tiny performing, “Where did he come from? Who dropped him here?”

This was the reaction of audiences everywhere, even more so once Tiny appeared on American television. These TV appearances form the crux of the film’s next section, a fascinating account of how Tiny moved from nobody to, as he puts it, becoming “the biggest miracle in showbiz.” He became a household name, even earning a top ten album. (The Billboard charts that week show his debut nestled snugly between classics from Cream and Jimi Hendrix.) His marriage to “Miss Vicki” on The Tonight Show took his career into overdrive, but bad decisions, mafia dalliances, and financial collapse followed.

The final stretch is increasingly sad, most notably footage of a visibly frail Tiny Tim performing as a circus act to disinterested audiences. His final marriage, however, provides some necessary uplift. It’s all utterly captivating and it humanizes a man who was treated, both by tabloid and mainstream media, as an inhuman freak.

King for a Day would have perhaps benefitted from more time with Tiny’s daughter (with his first wife); while she explains she spent little time with her father, her existence alone is noteworthy. It’s also rather surprising that the film drops the sexuality angle quickly after spending time on it earlier, but these are minor quibbles. Tiny Tim: King for a Day succeeds because, like its subject, it acknowledges the strangeness at hand while not succumbing to it. The film is positively bursting with kindness. And that’s the approach Tiny Tim deserved.