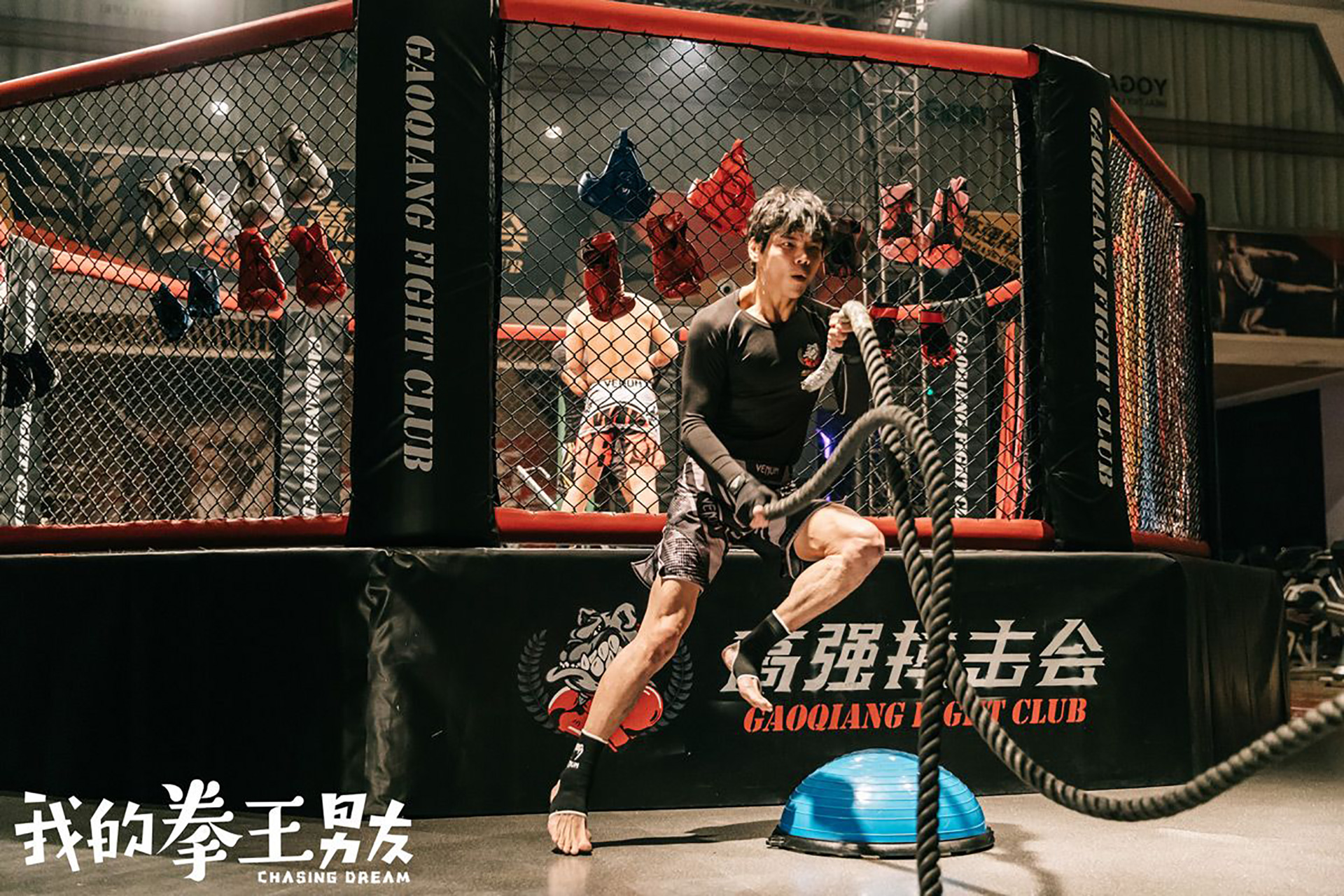 We live in an era where celebrity has become more about fame than talent as those wishing for adulation do what they can to mimic the greats that came before them without ever worrying about proving whether they possess an ounce of originality. You want to impress the judges on “American Idol”? Show them you can be Madonna, Lady Gaga, and Rihanna all at once. You want to be the talk of the fighting world by unleashing your strength in the Ultimate Fighting Championships’ octagon? Switch up styles from boxing to Krav Maga with everything in-between to keep your opponents off-balance and your viewers entertained. Be the carbon copy of everything the zeitgeist craves, make as much money as you can during your fifteen minutes, and fade away.

The formula works twofold: the public does eat it up and those who don’t will dunk on those who do. So why not exploit both camps by creating something that’s able to satirize the phenomenon while also tapping into its appeal? Conjure an unlikely love story that pits an aspiring pop star and rising MMA combatant together at a moment when both are unsure of their path and how to simultaneously honor the historical significance of their art and embrace its currently bastardized and commodified form. Throw them into a trope-filled narrative that pushes them through every cliché the rags-to-riches genre offers, amp up the melodrama, and ultimately reveal how the vehicle itself is as much a Frankenstein of earnestness and artifice as the characters within.

Well, that’s exactly what director Johnnie To and screenwriters Ryker Chan, Siu-hei Chan, Tin Shu Mak, and Ka-Fai Wai do. Chihuo Quan Wang [Chasing Dream] is as much an example of the worlds it depicts as a hilarious send-up of their mutual absurdity. To uses the male gaze to mock the male gaze. He uses our familiarity with the Rocky franchise, overwrought romantic comedies, and A Star is Born facsimiles to pick and choose those visual and thematic aspects that best bring his writers’ eye-roll of a scenario to life. Jacky Heung’s Tiger is a Champion of Champions favorite. Keru Wang’s Cuckoo a Perfect Diva hopeful. One is trapped in the pocket of his manager. The other saddled with the debt of the man who stole her songs.

So we have revenge as Cuckoo looks to become a contestant to expose one of the judges (Ma Xiaohui’s “It” pop star of the moment Qu Fengfeng) as a thieving fraud. We have moral quandaries as Tiger reconciles his love of money and notoriety with the guilt he feels for letting Master Ma down. There’s Cuckoo’s A-list champion Zhao Ying (Wu Yitong) always standing firmly in her corner because she can recognize talent and Tiger’s blackmailing boss Gao Qiang (Bin Zi) riding his prize horse into the ground as a one-stop shop of fighter, debt collector, and street muscle. Her self-esteem is at an all-time low after what Qu did and he’s too busy stuffing his face to take the doctor’s warnings of life-threatening injuries seriously.

They’re both therefore a mess upon meeting. Tiger acts tough to satisfy Gao’s cutthroat ambitions, telling Cuckoo they won’t sell her to settle what she owes if she’ll do porn. She’s struggling to hold down a job and too ashamed to go home to her grandmother (Cao Yang) because she believes she’s dishonored the family. He takes her to a mo-cap commercial shoot instead (with side hustles washing cars in skimpy outfits and pole dancing providing her the confidence she needs to excel on-stage via an over-the-top “training” montage that rivals his dramatically edgelord session in a darkened room with swinging lights) and drives her to her auditions. Cuckoo conversely becomes Tiger’s “lucky charm” as ring girl/cheerleader providing extra motivation to snatch victory from the jaws of defeat.

Think of them as Tinkerbells needing the other to clap his/her hands in order to get through whatever obstacle comes their way. While everyone else uses them for their own self-interest, Tiger and Cuckoo become protective of the other’s potential and willing to put themselves in harm’s way or sabotage personal success to preserve it. Romance arrives a bit shakily since neither has ever truly experienced an emotional connection of this sort without multiple strings also being attached, but we can see how much they care. Despite the kitchen sink of clichés thrown in, the filmmakers never skimp on revealing their love’s authenticity—even going so far as providing an “if you love them, let them go” moment. By keeping that relationship real, the rest can remain wild.

And it does. From the unforgettable (the most talented Perfect Diva contestant literally sacrifices her physical wellbeing for her art in each subsequent performance as shown by the comical escalation of crutches, braces, etc.) to the ham-fisted (you can’t homage Rocky without conflating the deaths from Part III and Part IV together for an epic final match), you’ll never be bored. To even splices in a full cast Bollywood-esque musical interlude as fantasy sequence to keep us on our toes—breaking up one of the film’s more emotional arcs to do so since the heightened juxtaposition only makes it funnier. Chasing Dream is in effect the film I hoped (and many believe) They Came Together would prove: a tongue-in-cheek affair that unabashedly lambasts itself from start to finish.

I think its success is largely due to the fact it doesn’t solely rely on one genre. By complementing its rom-com infrastructure with sports and musical tropes, no single aspect is allowed to become stale. That’s not to say it’s perfect or that some sub-plots don’t take too long to circle back to for closure, but joining so many disparate parts together at all is a feat deserving notice. To do so with a budget that lets To give it the same Hollywood sheen as the movies it cribs from only makes it more effective. So whether you enjoy the result on its surface level or revel in its parody, you shouldn’t go home disappointed. You may even invest in Tiger and Cuckoo’s inevitable happily-ever-after. I certainly did.