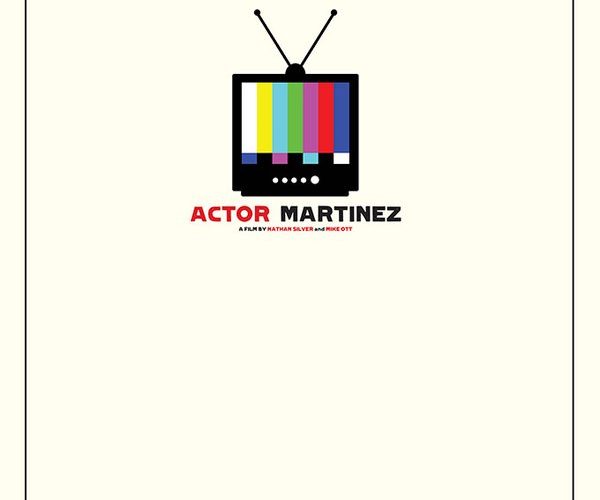 There are indie film scenes like the one chronicled in Actor Martinez everywhere, ones where those with a day job have ambitions that cannot and never will pay the rent. Surely, Actor Martinez is a little cruel to these micro industries of regional film bolstered by film clubs that support each other regardless of just how poor the acting, directing and cinematography can be.

Enter Nathan Silver and Mike Ott, filmmakers that seem obsessed with the freedom such non-traditional, off-the-map filmmaking offers. Who knows, a masterpiece may exist somewhere in Denver’s amateur film community, kept from us by John Cooper and Janet Pierson. Actor Martinez, like Nathan Silver’s previous feature Stinking Heaven, also feels like an artifact, documenting the process of a process: here the every day life of Arthur Martinez, an professional computer repairman by day and actor/film producer by night.

The result is a comedy that plays like a cross between Henry Jaglom, Kevin Smith and the Duplass brothers with droll rambling humor and emotional honesty as Silver and Ott make the classic filmmaking mistake: rolling cameras before the script is ready. The risk here pays off and reminded me of Julian Wearing’s Self Made, a documentary about a group of amateurs undertaking an acting exercise to portray a fictional character based upon their own worst fears. Arthur’s fears, it would appear, involve intimacy.

When Ott and Silver decide it’s time to recruit a professional, a series of actresses try out to play his girlfriend. They hire indie darling Lindsay Burdge for the job, who resigns in protest following a sex scene that plays like one of those terrible regional film productions the film mimics, with a director whose expectations for nudity aren’t articulated until he hits the little red record button. She’s also made uncomfortable when Arthur points out she looks like his ex-wife. Otherwise, she’s an excellent actress, taking an interest in Arthur’s mundane life, which includes preparing marijuana edibles and a lot of Netflix in his sad apartment.

Actor Martinez is a sneaky work, with the filmmakers firmly embedded into the narrative as unreliable narrators. While it’s not a direct parody of regional filmmaking — the kind of work made on a shoe-string budget (often with equipment barely good enough for the job) by amateurs with ambitions of becoming the next Kevin Smith — the current is certainly present as a certain amount of snark with NYU and Cal Arts grads playing in a hobbyist’s sandbox. If you can get over that mean streak, Actor Martinez proves to be a risky and rewarding experience that requires the filmmakers to do some soul-searching along with Arthur. The result falls short of biting satire, with the kind of perfect, yet unsatisfying conclusion that is really the only way the film could end, channeling a Gary Marshall-type of artifice to neatly wrap up its loose ends.