SXSW Review: Clerk is a Warm, Sprawling Doc About a Jersey Boy Who Built an Empire 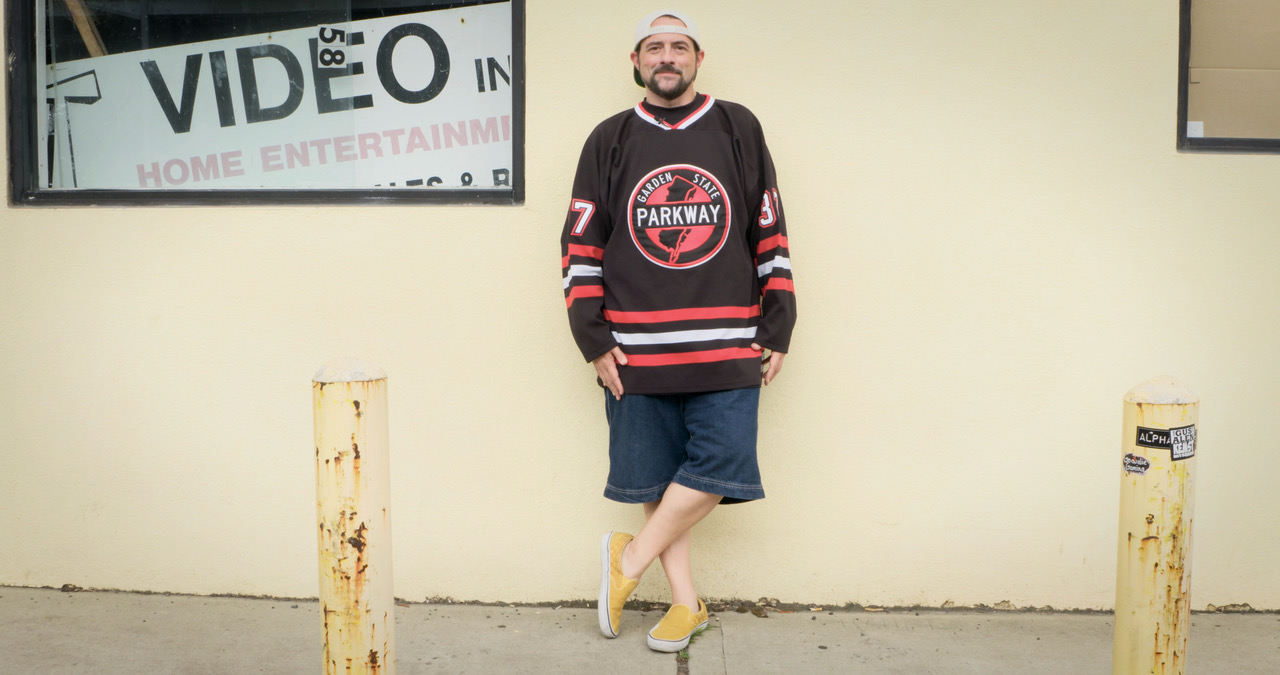 What more can you say about a guy who’s been an open book for the last two-and-a-half decades? Herein lies the challenge of Malcolm Ingram’s warm, American Masters-style portrait of friend Kevin Smith, the kind of guy who frankly feels like a friend to all of his fans. The film, titled Clerk, allows others besides Silent Bob to contribute to the Smith story, chronicling his extensive career in filmmaking, comics, e-commerce, and podcasting.

The documentary begins with a moving confessional as the young Smith records a video thanking his dad before going off on his first adventure, leaving his Jersey shore enclave of Highlands for an accelerated film program in Vancouver. While in Canada, Smith would link up with Scott Mosier, producer of his earlier films until years later when Mosier decides to take a sabbatical and become a director in his own right with The Grinch.

While devotees of Kevin Smith (myself included, until Smodcast became too much to keep up with) will have heard many of these stories before, Ingram probes just how influential Smith may have been in advancing the culture of comic fandom. This modern phenonem is explained by Marvel executives as well as in an interview with the late Stan Lee, whose legendary cameos have their own origin story in Smith’s sophomore feature Mallrats.

Much of Smith’s story is already legendary, from a movie-loving kid hanging out with neighbors and lifelong collaborators like Jason Mewes and Walter Flannigan to an overnight Sundance sensation after premiering Clerks, a film financed with maxed-out credit cards. Quickly he and Mosier make a deal for “Clerks––in a mall,” shot before Clerks’ theatrical release with the backing of Universal. After Mallrats is savaged by critics who shepherded his debut feature, Smith finds himself at a crossroads. Influenced by his own coming of age, dating up-and-coming actress Joey Lauren Adams, Smith writes and directs the personal Chasing Amy, which, despite the backing of Miramax, returns him and Mosier to their low-budget indie roots.

Along the way, Ingram interviews contemporaries such as Jason Reitman, influences like Pen Jillette and Richard Linklater, along with his first sales agent and Spike, Mike, Slackers, & Dykes collaborator John Pierson before briefly confronting the elephant in ’90s indie film room: Weinstein. Smith would later earmark future profits from films made by Miramax and The Weinstein Company to support woman in film.

The later passages of Clerk focus on the empire built by Smith from the periodic Vulgarthon Film Festival in Red Bank, NJ to his appearances at Comic-Con and his various speaking engagements, as well as his health scare two years ago and subsequent life changes. Clerk lovingly makes the case for Smith as an American original at the forefront of various technological and cultural shifts, from the community he fostered on his message boards to his pioneering Smodcast network.

For the critics that have expressed disappointment with Smith’s recent output (Yoga Hosers, Jay and Silent Bob Reboot, and Cop Out, to name three), Clerk successfully makes the case his impact is undeniable while also adding context to an influential filmmaker who has never set the mainstream box-office on fire as his career and universe transcends film. With a conversational tone framed by extensive archival footage and access to Smith and his family, Clerk is an intimate overview of Smith’s universe, inner circle, and influence over the course of his 25-plus year career.