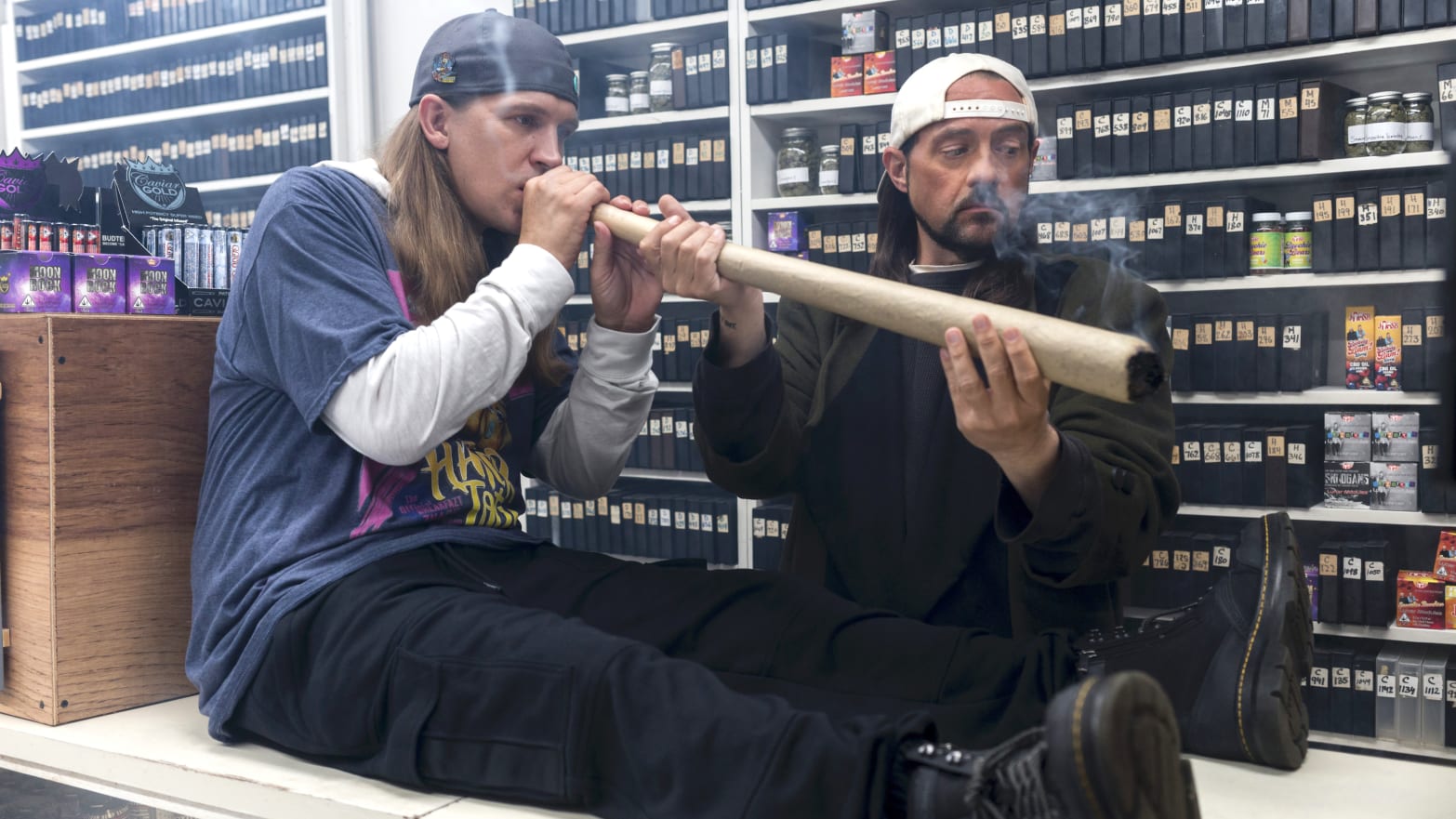 For die-hards who have been there from the beginning, it can be frustrating to watch the evolution of a filmmaker’s work as they branch out and try their hand at different genres with various budget levels and under fluctuating circumstances. While I can’t say I’m old enough to have been there for the very start, like many heterosexual males with filmmaking aspirations, I always looked up to Kevin Smith since first discovering Clerks on VHS from my local video store. That picture was infused with a certain Gen X authenticity that perhaps came with growing up on the Jersey shore. The funny thing about folks that grew up in Jersey––and Springsteen has said, roughly, the same thing––is we just don’t know how great and interesting of a state it truly is until you’re away from it. In this respect, Smith has come full circle and come home again.

For fans of these characters, Clerks III will be received as a welcome bit of fan service. It’s a natural evolution for Dante (Brian O’Halloran) and Randal (Jeff Anderson), two clerks that also left their home only to come back as owners in Clerks II. Jay (Jason Mewes) and Silent Bob (Smith) are also still in the mix, now as small-business owners in Jersey’s nearly legalized weed market, yet they still prefer to deal directly in front of their store, the newly rebranded RST THC.

After suffering a heart attack, Randal, who is now in his early ’50s, decides to not waste any more time and make a movie. Their former Mooby’s co-worker Elias (Trevor Fehrman) is now a Catholic crypto bro who has an epiphany after asking God to smite Randal and ultimately becomes a born-again Satanist. Dante also faces his own existential crisis after losing the love of his life, Becky (Rosario Dawson).

Recruiting the usual cast from the View Askew Cinematic Universe, Smith features his old friends in one of the funniest montages: Dante and Randal cast their dream film with Silent Bob as the DP, who insists they shoot the film in black-and-white. There’s a great deal of fan service throughout, including a call back to an ending famously cut by Miramax––and for a good reason, as it would not have made this universe possible.

Clerks III will be most rewarding for long-time fans, while also hitting genuine emotional beats that come from developing a strong relationship with these characters over time—as well as with its maker, who podcasts, tweets, and releases material on a daily basis. Smith is the quintessential “content maker” of his generation, even if his recent output has disappointed. For those of us that fondly remember Clerks, Mallrats, and Chasing Amy, Clerks III is a welcome return after Jay and Silent Bob Reboot felt like phoning it in––much like Gus Van Sant counting money while shooting Good Will Hunting 2 in the first Jay and Silent Bob star vehicle.

What a generation of YouTubers and TikTok influences are doing now, Smith did years ago. He’s built a parasocial relationship with his audience. We feel like we know him thanks to the frank details he provides in his speaking engagements and on various podcasts. Clerks III brings it full-circle, ending with a haunting voice-over that pays tribute to his humble beginnings as a clerk who followed his dreams. None of it would be possible without the colorful characters of the Leonardo section of Middletown, NJ.

The impact of Clerks cannot be understated and Smith remains gracious, including cameos by such figures as Bob Hawk, the indie-film consultant that personally called the Sundance programmers and pled with them to invite Clerks to Park City. The rest is, of course, history.

What shines brightest in Clerks III is the genuine sweetness, warmth, and empathy Smith has for Dante and Randal, two Gen X-ers who are still full of angst but have built a life together, even if things haven’t gone according to plan. Clerks III is like having dinner or a drink with an old friend or a college roommate; years might have passed, but after a few minutes you always seem to pick up right where you left off. It’s comfort food while being self-aware that the clock is ticking and these guys aren’t the 20-year-old smartasses of yesteryear.

Despite a third act that rushes what could have been a deeply profound conclusion, Clerks III is one for Smith’s loyal fellowship. He returns to the well with a mix of sharp, geeky humor and affecting life lessons—an outing that feels refreshingly old-school. Humor evolves, and for those in their 30s and 40s who grew up watching films (e.g. Clerks and American Pie) about clueless everyday guys, Clerks III is like coming home.