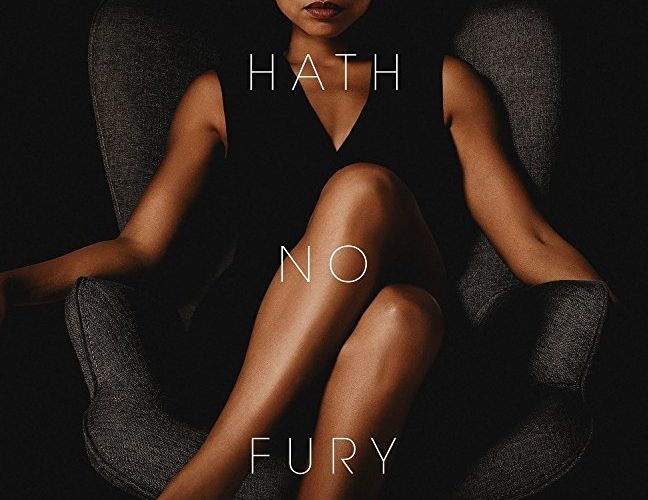 After a four-year hiatus from melodrama, Tyler Perry has returned with one of his most rousing pictures yet, Acrimony, which lands somewhere between Douglas Sirk and Tommy Wiseau. Perry’s career has swung between the broad comedy of the Madea adventures to more serious dramas like his best pictures, Daddy’s Little Girl and the Family That Preys. Then there are the films that fall squarely in-between his two operating modes: Why Did I Get Married Too? and Temptation: Confessions of a Marriage Counselor, which offer a morality tale with no time for subtext. While Sirk’s pictures offered a broad, on-the-nose surface morality tale, he specialized in subversive mise-en-scene, subtly pushing the boundaries of good taste. With Perry, what you see is exactly what you get and those expecting restraint and subtext ought to look really anywhere else. About 30 minutes in when leading lady Melinda Gayle (Taraji P. Henson) tells her marriage counselor that “love is a bitch,” all bets for a serious evening were off. The audience finally cracked, and things got rowdy.

In a certain light, Acrimony can be viewed as a disservice to its audience; a film so clumsy told that it requires voice-over that tells rather than shows, a failing grade in any Screenwriting 101 course. It’s a vocabulary word-chapter approach that seems stolen from Kevin Smith’s Clerks, with a reliance on Nina Simone’s music to do some narrative heavy lifting.  The film opens as Melinda is sentenced to counseling by a judge for stalking her ex-husband Robert (Lyriq Bent) and his new wife Diana (Crystle Stewart). She begins to recall how she met Robert in college–bumping into him in a fit of rage that instantly recalls the opening shot of Last Tango In Paris as she screams at him like a mad woman. The source of her anger is never addressed; perhaps it is her mother, but she dies literally a minute after introduced to us in voice-over.

Young Melinda and Robert (played by Ajiona Alexus and Antonio Madison, respectively) spend time together and hook up right after the passing of her mother in a scene where she’s hilariously introduced to Nina Simone and finds her music “sad.” Robert promises the sun, the moon, and the stars–the only problem is he’s broke, and she ends up footing the bill. Robert spends 20+ years his life working on self-charging battery technology with the hopes of landing a meeting with Prescott and Howard Industries. In the meantime he hasn’t held down a job, Melinda has to mortgage her mom’s house, and has attempted to murder Robert once (by ramming his camper with her jeep after finding him cheating). Not thinking ahead, she suffers internal bleeding and is forced to have a hysterectomy before graduating college.

Perry is a master manipulator, shifting our sympathies between characters as we watch what can only be described as a trainwreck: a manipulative guy who makes some very big mistakes and the psychopath who has supported him for the past twenty years standing up for herself makes instantly for great drama. This isn’t so much a story of good and bad things happening to good and/or bad people as it is a thrilling soap opera with very big laughs that shifts its allegiances and tone at will. Tyler Perry is either a mad genius or someone who doesn’t know what he’s doing. Acrimony shouldn’t work, but it’s mostly a damn good time, especially with a drink in hand.

Arriving to cinema from a successful career in theater, Perry’s films are unhinged, refusing to conform to standard storytelling devices and rhythms. Acrimony may be a horrific narrative trainwreck fronted by a deliciously good performance by Henson, but it’s also an engaging and entertaining picture, encouraging audience participation as the twists and turns come hard and fast. It’s third act, for instance, contains enough plot for one restrained indie alone. Ambitious and deeply flawed, Acrimony may appeal to hardcore fans of The Room–it’s not every day a melodrama comes along that’s this fun precisely because it never takes itself seriously. In a full auditorium with an audience on the same wavelength, the experience is flat-out transcendent; the movie, however, is still not a great one and Perry, in his eighteenth (!) theatrical feature as writer/director still shows no signs he’s evolved visually as a filmmaker. Acrimony is both a success and a failure for exactly what it is and what it isn’t: a Sirkian melodrama that refuses to evolve into a restrained prestige character drama that those studio-made “A pictures” have become.