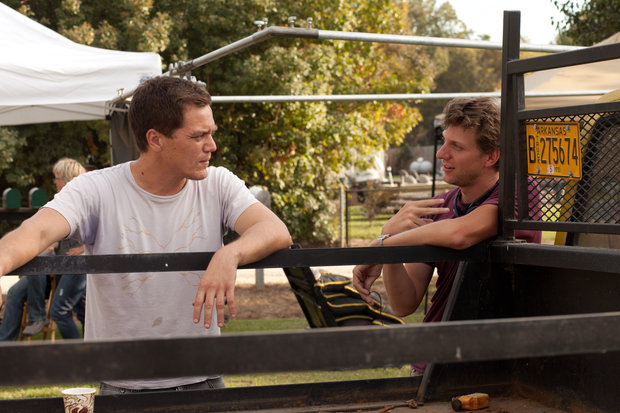 From Robert De Niro and Martin Scorsese to Toshiro Mifune and Akira Kurowasa, many cinematic talents have learned if a relationship is going well, you stick with it. Thankfully, Jeff Nichols and Michael Shannon found eachother on their first collaboration. Although the Boardwalk Empire actor’s recent role in his hit Mud is a small one, Nichols gave him a career-best performance thus far in Take Shelter after providing his break-out role in Shotgun Stories.

Now they will team together for Nichols’ fourth film, as Shannon has just been cast in the lead role. According to Variety, his next project has some major backing as Warner Bros. will be producing and distributing the film which is set to shoot early next year. The trade says that details are sparse, but it is a “present day sci-fi chase film.”

While at Sundance this year, Nichols revealed a project called Midnight Special,” which sounds like it could possibly be the one. He said, “I won’t talk too much about it now, other than to say I kind of want to make a 1980s John Carpenter movie. If I had to choose one of those it would be Starman…[it’s] going to be a genre film put through whatever bizarre filter is me.” Could it be it? We’ll likely found out soon, but regardless, this is an exciting development for one of Hollywood’s strongest emerging talents.

What do you think Nichols’ fourth film could be?