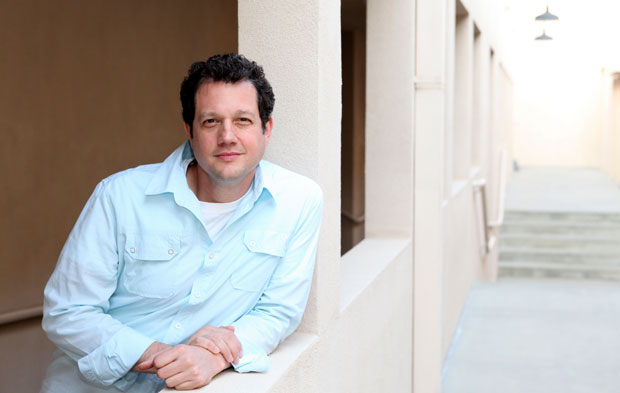 Despite being one of the most vital parts of the filmmaking process, a composer can often get lost in the mix (sometimes, literally), but when it comes to a few of the biggest names in Hollywood, it’s major news when they sign on to a new project. Today we’ve got updates on two of the most accomplished talents finding new projects. First up, Michael Giacchino (who is currently sharing his experience on Twitter scoring J.J. Abrams‘ Star Trek Into Darkness), has signed on to another major sci-fi blockbuster.

According to Film Music Reporter, Giacchino will be reteaming with Lana and Andy Wachowski after Speed Racer, to compose the score for their upcoming sci-fi blockbuster Jupiter Ascending, set to kick off production this month. Starring Channing Tatum, Mila Kunis, Eddie Redmayne, Douglas Booth, Tuppence Middleton and Sean Bean, the film is set in a future where humans aren’t as evolved as powerful beings across the universe and a woman (Kunis) becomes an assassination target by the queen of the universe. Aside from his next film with Abrams, this is the only other upcoming score from Giacchino (but I wouldn’t be surprised if he jumps aboard a few upcoming Pixar projects considering his track record). Moving on to a film we’ll actually see this year, production kicked off this week from George Clooney‘s The Ides of March follow-up The Monuments Men, and he’s bringing his trusted composer along with him. Announced in a press release, Alexandre Desplat will be providing the score for the Germany-set film, which stars Clooney, Matt Damon, Bill Murray, Cate Blanchett, Jean Dujardin, Bob Balaban, Hugh Bonneville, and John Goodman. Like most years, it won’t be the only score for Desplat, as we’ll also hear him in Lee Daniels‘ The Butler, as well as Wes Anderson‘s The Grand Budapest Hotel next year. Check out a synopsis of the film below.

Based on the true story of the greatest treasure hunt in history, The Monuments Men focuses on an unlikely World War II platoon, tasked by FDR with going into Germany to rescue artistic masterpieces from Nazi thieves and returning them to their rightful owners. It would be an impossible mission: with the art trapped behind enemy lines, and with the German army under orders to destroy everything as the Reich fell, how could these guys – seven museum directors, curators, and art historians, all more familiar with Michelangelo than the M-1 – possibly hope to succeed? But as the Monuments Men, as they were called, found themselves in a race against time to avoid the destruction of 1000 years of culture, they would risk their lives to protect and defend mankind’s greatest achievements.

The Monuments Men shoots through June for a December 18th, 2013 release, while Jupiter Ascending lands in 2014.