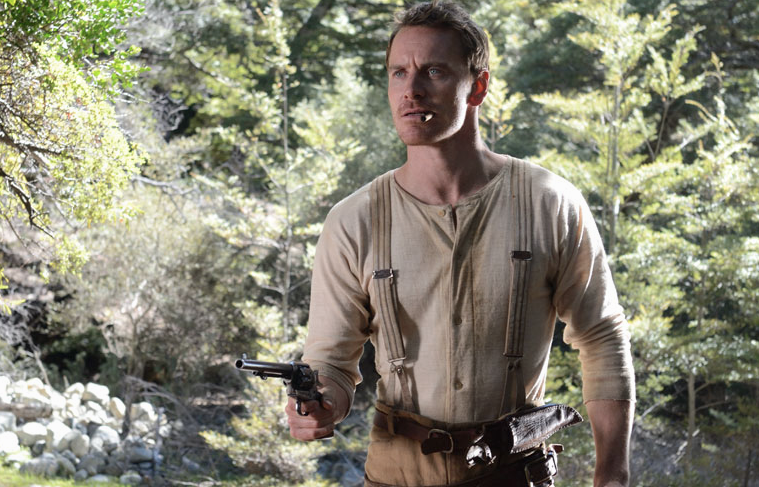 Michael Fassbender Saddles Up In First Trailer For ‘Slow West’ Kicking off a packed year for Michael Fassbender, he premiered his western drama Slow West at Sundance Film Festival earlier this year, where it picked up the World Cinema Grand Jury Prize in its dramatic category. Reteaming with director John Maclean after working on two shorts together, the story is set in the 19th century and follows teenager (Kodi Smit-McPhee) who is protected by Fassbender’s mysterious character while on the frontier.

We said in our review, “The treacherous landscape of the west has been captured in numerous entries in the genre, but rarely with the distinctive vibrancy cinematographer Robbie Ryan (Fish Tank) brings to it in Slow West. John Maclean — who has had a long relationship with his star Michael Fassbender in a handful of shorter form projects — makes his directorial debut here, clearly reveling in providing his twist on the genre, while still holding true to its roots.” Check out the trailer below, which shows off the aforementioned gorgeous photography, along with a pair of posters.

Set at the end of the 19th Century, SLOW WEST is an American western filtered through the eyes of European filmmaking. The story centres on 17 year old Jay Cavendish (Kodi Smit-McPhee) who has travelled from Scotland to Colorado to be reunited with the woman with whom he is infatuated. He is quickly confronted by the dangers of the frontier and so teams up with a mysterious traveller named Silas (Michael Fassbender), who agrees to protect him for cash. Jay’s journey is fraught with danger, double-crossing and violence as he comes to realise that America is not easy on the innocent. Slow West will premiere on DirecTV April 16th and will be in theaters and available on VOD May 15th.