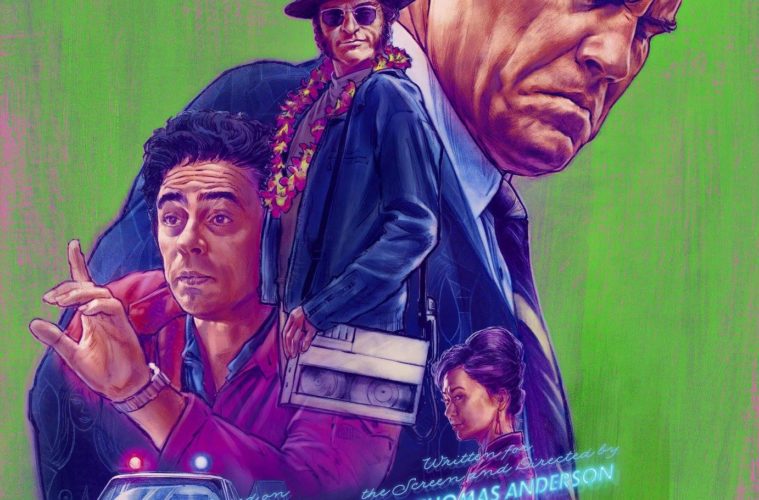 Currently in a grand total of 16 theaters, Paul Thomas Anderson‘s Inherent Vice will be expanding to over 400 this Friday and while it’s not the widest release as initially promised, it’s easily the best option at the cinema this weekend. Ahead of the expansion, the studio has been slowly unspooling character posters and teasers leading up to the release, and now we’ve got them all for your viewing pleasure.

In world where character posters are seemingly cobbled together in seconds by an intern at the whim of an executive, Warner Bros. has showed how to do things right with the release of Inherent Vice. Sure, the material they are working with is better than another Expendables film (see here), but the care and detail into these one-sheets should set a precedent for their competitors to follow. Check them all out below and if you have yet to, listen to Anderson’s insightful two-hour interview with Marc Maron. If you missed them, here’s the rest of the art that has been released: Which poster is your favorite?