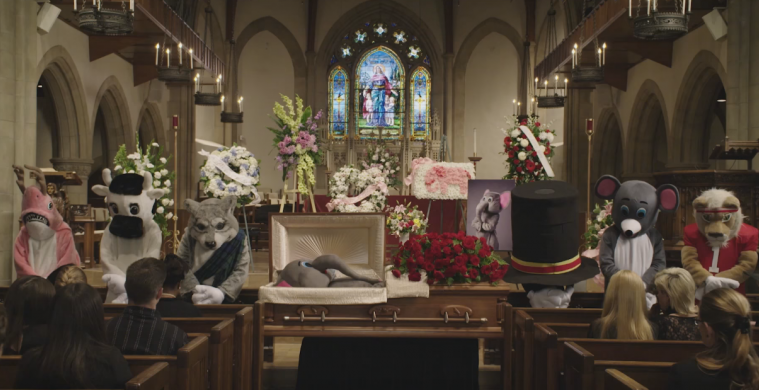 The fall is about to get a whole lot funnier. Best in Show and Waiting for Guffman director Christopher Guest is finally back to feature filmmaking with the new Netflix-distributed comedy Mascots. Set in the world of “competitive mascots,” it will first premiere at the Toronto International Film Festival before heading to Netflix in October, and today the first full-length trailer has landed.

Director Christopher Guest (Best in Show, A Mighty Wind) and members of his beloved stock company — Parker Posey, Bob Balaban, Jane Lynch, Jennifer Coolidge, Ed Begley Jr., and Fred Willard — along with new additions Chris O’Dowd and Zach Woods, usher us into the high-stakes world of professional sports mascots, who are engaged in a cutthroat competition for the annual “Gold Fluffy Award.”