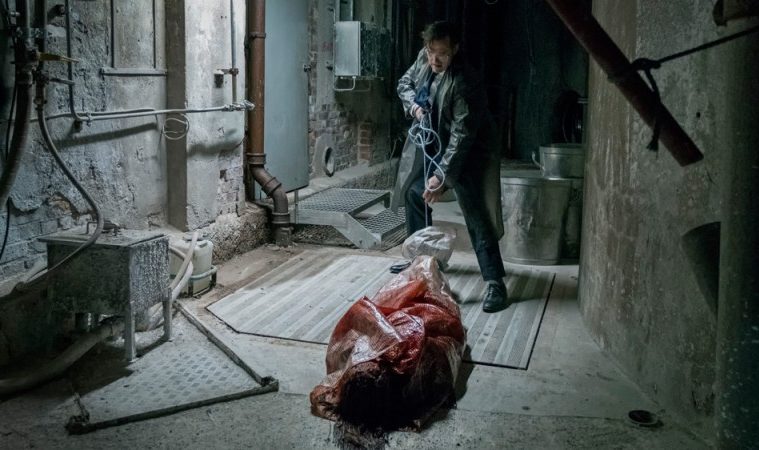 In the years since it was announced, actual materials surrounding Lars von Trier’s The House That Jack Built have been scant — an image here, the briefest of teasers there — but we don’t need the sad Dane to tell us it “celebrates the idea that life is evil and soulless” to know what’s coming. How von Trier’s perceived in reality is at the very heart of von Trier’s fiction, and thus the prospect of his serial-killer movie was more or less written in stone from the moment it was announced.

So yes: the trailer features bludgeoning, blood, torture, intimidation, a pontification on the atrocities of fiction and desires suppressed by civilization, and — keeping up that trend from Breaking the Waves to Dogville to Manderlay — some ironically needle-dropped David Bowie. Look unpleasant? Sure. But I wouldn’t want him to suddenly go chaste on us, and the career high of Nymphomaniac is a good place from which to start a new provocation. Let’s do this, let’s get this over with.

Watch below, and check back for our review this week:

USA in the 1970s. We follow the highly intelligent Jack over a span of 12 years and are introduced to the murders that define Jack’s development as a serial killer.

We experience the story from Jack’s point of view, while he postulates each murder is an artwork in itself. As the inevitable police intervention is drawing nearer, he is taking greater and greater risks in his attempt to create the ultimate artwork.

Along the way we experience Jack’s descriptions of his personal condition, problems and thoughts through a recurring conversation with the unknown Verge – a grotesque mixture of sophistry mixed with an almost childlike self-pity and psychopathic explanations. The House That Jack Built is a dark and sinister story, presented through a philosophical and occasional humorous tale.

The House That Jack Built will premiere at Cannes and awaits U.S. distribution.