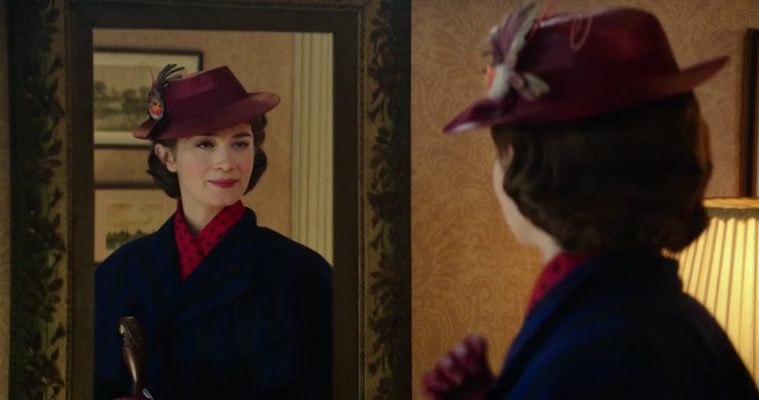 Over half-a-century since the Julie Andrews-led classic debuted, Disney is returning to the world of Mary Poppins. Succinctly titled Mary Poppins Returns, the sequel is set 25 years after the prior film, with Emily Blunt taking the lead role this time around. Directed by Rob Marshall (Chicago, Into the Woods), the first teaser trailer has landed today.

Returning to Cherry Tree Lane, we only get a brief glimpse at our lead as well as the supporting cast, including Lin-Manuel Miranda, Ben Whishaw, Emily Mortimer, Pixie Davies, Joel Dawson, Nathanael Saleh, Julie Walters, Colin Firth, and Meryl Streep. Ahead of a Christmas Day release, check out the teaser below.