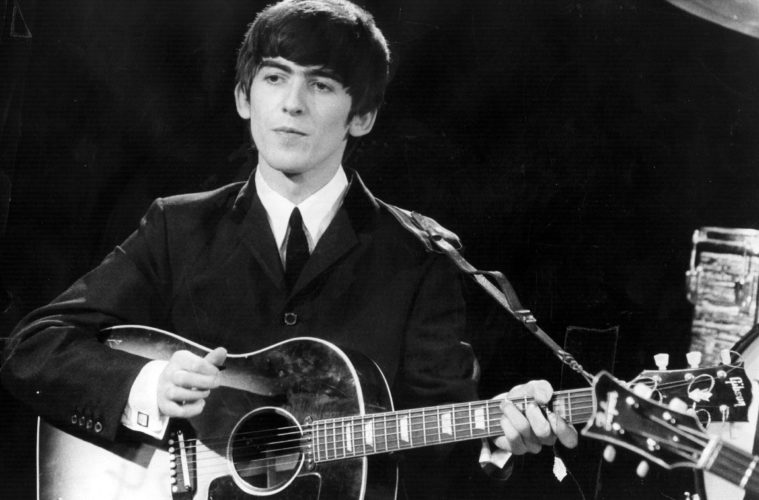 After The Last Waltz, which focuses on The Band‘s final concert, No Direction Home, an account of Bob Dylan‘s early life and career and the Rolling Stones concert, Shine a Light, Martin Scorsese has no finalized plans to release his George Harrison doc this year.

George Harrison: Living in the Material World will air on HBO on Oct. 5 and 6, 2011 and features interviews with Eric Clapton, Terry Gilliam, Eric Idle, George Martin, Paul McCartney, Yoko Ono, Tom Petty, Phil Spector, Ringo Starr and Jackie Stewart. We’ve previously extensively covered the project here, so just check out the press release via The Wrap below for more information, including comments from Scorsese himself.

NEW YORK, July 13, 2011 – HBO has acquired the North American TV rights to Martin Scorsese’s GEORGE HARRISON: LIVING IN THE MATERIAL WORLD from Grove Street Pictures. The film was produced by Scorsese (through his Sikelia Productions banner), Olivia Harrison (through her Grove Street Pictures banner) and Nigel Sinclair (through Exclusive’s documentary label, Spitfire Pictures). Margaret Bodde served as executive producer on the film, which was edited by David Tedeschi, who previously worked with Scorsese, Bodde and Sinclair on “No Direction Home: Bob Dylan,” and with Scorsese and Bodde on “Public Speaking.” Tedeschi also edited Scorsese’s Rolling Stones concert film “Shine a Light.” The documentary will debut in two parts – on Oct. 5 and 6, 2011 – exclusively on HBO.

GEORGE HARRISON: LIVING IN THE MATERIAL WORLD focuses the imaginative and inspired eye of one of cinema’s most preeminent filmmakers on one of the world’s most influential men. The film takes viewers on the musical and spiritual voyage that was George Harrison’s life, much of it told in his own words. The result is deeply moving and touches each viewer in unique and individual ways.

Academy Award®-winning director Martin Scorsese traces Harrison’s life from his musical beginnings in Liverpool through his life as a musician, a seeker, a philanthropist and a filmmaker, weaving together interviews with Harrison and his closest friends, performances, home movies and photographs. Much of the material in the film has never been seen or heard before. The result is a rare glimpse into the mind and soul of one of the most talented artists of his generation and a profoundly intimate and affecting work of cinema.

“When Martin Scorsese brings a project to HBO, we all know it is going to be very special, and he has added to that body of work with this monumental film on George Harrison,” says Michael Lombardo, president, HBO Programming. “From rock‘n’roll icon to moviemaker, to spiritual seeker and humanitarian, George Harrison was a true renaissance man. This amazing film will illuminate every aspect of Harrison’s remarkable, multifaceted life.”

Comments Scorsese, “Like so many millions of people, I first came to know George through the music, which was the soundtrack of our world. The Beatles’ music, those beautifully lyrical guitar breaks and solos, those unforgettable songs of George’s like ‘I Me Mine’ or ‘If I Needed Someone,’ and the images, in magazines, on album covers, the TV appearances, the newsreel footage, the Richard Lester movies; and then there was the world after the Beatles, when George and his music seemed to open up and flower.

I will never forget the first time I heard ‘All Things Must Pass,’ the overwhelming feeling of taking in that all glorious music for the first time. It was like walking into a cathedral. George was making spiritually awake music – we all heard and felt it – and I think that was the reason that he came to occupy a very special place in our lives. So when I was offered the chance to make this picture, I jumped at it. Spending time with Olivia, interviewing so many of George’s closest friends, reviewing all that footage, some of it never seen before, and listening to all of that magnificent music – it was a joy, and an experience I’ll always treasure.

Notes Olivia Harrison, “Martin Scorsese’s intuition towards George was evident the first time we met to discuss this project. He sensed what George was about: his music, his strong beliefs, his art, his place in the Beatles’ story and his extraordinary life afterwards. Marty’s wonderful film has found all of that and more.

“I always hoped HBO would be our North American partners because of their respect for artistry. I am doubly happy to be working with their excellent team.”

“This film was an extraordinary journey for all involved and it has been a sheer pleasure working with Martin Scorsese and Olivia Harrison to bring the amazing story and legacy of George Harrison to life. We have found the perfect partner in HBO Documentary Films and are proud to have them on board to bring this incredible film to North American audiences,” adds Nigel Sinclair.

Exclusive Films International, the international sales and marketing arm of Exclusive, represents worldwide rights, excluding the U.S. Scott Pascucci serves as executive producer for Grove Street and is coordinating all aspects of the film’s distribution for Grove Street.

Additionally, in late September, Abrams Books will publish Olivia Harrison’s “George Harrison: Living in the Material World,” a personal archive of photographs, letters, diaries and memorabilia from George’s life that reveals the arc of his life, from his guitar-obsessed boyhood in Liverpool, to the astonishment of the Beatles years, to his days as an independent musician and bohemian squire. The book release is intended to coincide with the release of Scorsese’s film.

Scorsese’s upcoming feature, “Hugo,” a 3D adaptation of Brian Selznick’s children’s book, starring Sacha Baron Cohen, Ben Kingsley, Jude Law, Chloe Moretz and Asa Butterfield, is due to be released in the U.S. by Paramount Pictures in Nov. 2011. In 1976, Scorsese’s “Taxi Driver” was awarded the Palme d’Or at the Cannes Film Festival, and it was followed by a series of outstanding successes, including “New York, New York,” “Raging Bull,” “The Last Temptation of Christ,” “GoodFellas,” “Casino,” “Kundun,” “The Age of Innocence,” “Gangs of New York” and “The Aviator.”

“Shine a Light,” Scorsese’s documentary of the Rolling Stones in concert, was released worldwide in April 2008. His most recent feature was the acclaimed psychological drama “Shutter Island.”

Scorsese’s artistic excellence has been recognized with many honors, including the Golden Lion from the Venice Film Festival, the AFI Lifetime Achievement Award, a Directors Guild of America Lifetime Achievement Award and a Kennedy Center Honor. In addition to his work as a filmmaker, he has also been a staunch advocate for film preservation. He is the founder and chair of The Film Foundation, a non-profit organization dedicated to the preservation and protection of motion picture history, and in 2007, he launched the World Cinema Foundation (for which he serves as both founder and chair), dedicated to the preservation and restoration of neglected films from around the world.

Olivia Harrison is a producer and philanthropist. She administers the Material World Charitable Foundation, and received a Grammy Award for her video of the 2002 “Concert for George,” which she organized to benefit the Foundation in memory of her husband. She also administers the George Harrison Fund for UNICEF, and received the 2010 UNICEF Spirit Of Compassion Award in recognition of her family’s assistance to the children of Bangladesh.

Nigel Sinclair is a Grammy Award-winning producer, and serves as CEO of Exclusive Media Group, which includes the documentary production outfit Spitfire Pictures.

Are you looking forward to this documentary?