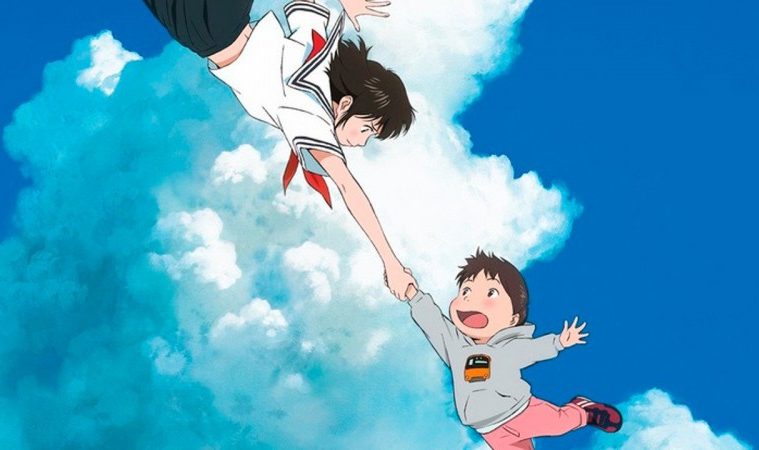 Mamoru Hosoda on ‘Mirai,’ His Influences, and Why Powerful Men Don’t Make for Interesting Characters

Since his 2006 breakthrough feature The Girl Who Leapt Through Time, anime director Mamoru Hosoda has delighted audiences across barriers of age, gender and nationality with his brightly animated, colorful fantasies. Collaborating for years with the prestigious Studio Madhouse to produce industry-leading digital 2D animation in subsequent films such as Summer Wars and Wolf Children, Hosoda expanded in 2011 to his own Studio Chizu, directing, writing and producing animated features entirely under his own jurisdiction and fully establishing him as an industry heavyweight.

His family-friendly yet sometimes bittersweet tales of magic, science fiction, and modern life are rich with crowd-pleasing sentimentality, romance, and spectacle, but behind this populist predilection exists a painstaking formal command of the medium which has warranted comparisons with the auteurs of Studio Ghibli and even whispers of Oscar consideration (a Hollywood insiders’ circle no Japanese animator without the supporting PR muscle of Disney has thus far been able to crack).

With Hosoda’s newest film Mirai on the eve of its US theatrical release, we had a chance to speak with Hosoda while he was attending the 2018 Animation is Film Festival. We discussed his cinematic influences, the distinct mix of realism and fantasy in his films, and what fuels the particular empathy for women and children that drives so much of his storytelling. Special thanks to interpreter Satsuki Yamashita for her assistance in mediating this interview.

Certain aspects of your filmmaking style – such as the three-dimensional construction of space, or semi-naturalistic dialogue – seem influenced as much or more by live-action filmmaking than other animation. Are there any films or filmmakers you consider to be particularly strong influences on you?

I actually get this question a lot! I have a lot of favorite movies, but the one that comes to mind as being most influential for me is The Spirit of the Beehive, by Victor Erice. I discovered it as a college student, and it made me want to become a director. It’s about young siblings who are fascinated with the movie Frankenstein – the portrayal of those young siblings greatly affected me, and I’m sure if you look you can see other influences from the film in my own work.

Which other animators do you most respect?

That’s an easy one for me: Glen Keane, who I’m actually going to meet in a few days! In 1991, after I graduated college and joined Toei Animation, I was really depressed because the conditions at their production studio were horrible. I wondered how anyone could make anything good in this kind of environment. But that year, Beauty and the Beast came out, and I was so moved and touched by it that it encouraged me to continue in the animation business.

Well, when I was younger of course I thought Mr. [Hayao] Miyazaki was a hero! He’s been in the industry for so long, he was creating films when I was still in elementary school – in fact, in my elementary yearbook I wrote, “I want to be a director like Miyazaki!” Now, though, it’s harder for me to say if there’s anyone I consider a role model, especially with directors, because I’m a director myself. I still respect Mr. Miyazaki, of course, but it’s not as if I can say, “He’s my hero!” like when I was younger.

Your films generally revolve around women and children in realistic modern settings, into which fantasy or science fiction elements suddenly appear. Would you ever consider making a film that used a completely realistic setting, or a high fantasy or sci-fi world completely removed from the present day?

I don’t know – it might happen, it might not… depends on what I want to do in the future. Perhaps if I were to make, say, a historical film, I would make it completely realistic. But I feel like with the things I want to depict about life and human nature, I lean toward mixing fantasy and reality because it provides a better showcase for what I’m interested in.

And as an adult man, what draws you to the perspectives of women and children?

I’m not really interested in macho or manly-man characters. What I find most appealing about humans as subjects is the way they change and grow. The way children change and grow is so significant, so they’re the perfect medium to showcase that. Women, too, have to change and grow and become stronger to live in a man’s society. I’m not really interested in creating or watching a movie about a man who has power, who has everything, who is just exerting his power. Perhaps if it’s about a weak man, or someone who is struggling, then I would be interested.

You’re part of a generation of anime filmmakers who have come to prominence during a time when anime is no longer restricted just to Japan, exactly, but has become an international phenomenon. There’s been talk of Oscar contention for several of your previous films; Mirai of the Future premiered at Cannes. Does the thought of having an international audience ever impact your creative choices in making your films?

Yes, it has had an impact. Twelve years ago when we made The Girl Who Leapt Through Time, I was invited to the Busan International Film Festival in Korea. That was when I realized, “Other people are watching, outside Japan – people on the other side of the world are watching our movies!” It made me feel like we have to make a film that’s relatable to them. But I believe that’s also the power of the movies, of cinema as a medium: its power to cross borders. I felt like I ought to make things, then, that the world needs or wants to see.

How involved are you in the translation or dubbing process of your films for different regions?

Not very. I leave it up to the distributor to localize the films in accordance with the needs and tone of each country. However, perhaps in the future I might make a film in English, which would change the way I see the whole translation and dubbing process.

As far as being accessible to people across borders: last night I watched The Girl Who Leapt Through Time with my 12-year-old stepbrother, who grew up in France and now lives in the United States, and he liked it!

Hearing that makes me happy! I was thinking about why The Girl Who Leapt Through Time is so beloved by foreigners, as well as people in Japan. I think it’s because it’s a story about regret, and what can be done about it – and that’s a really relatable theme, across all borders.