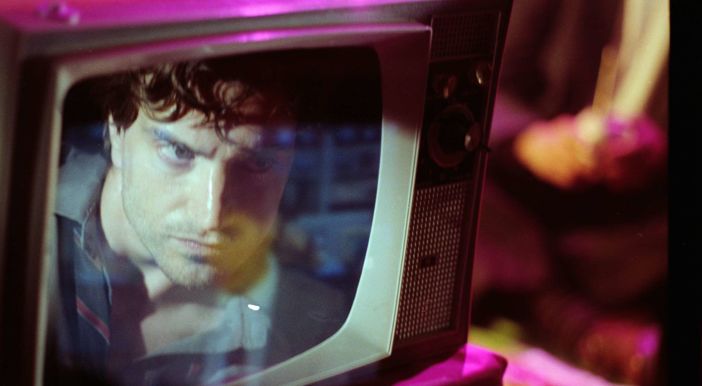 Tackling this posthumous release from renowned experimental filmmaker Raúl Ruiz with limited knowledge of telenovelas and the subtleties of early ‘90s Chilean politics is like trying to eat a rough cut of meat with a butter knife: there’s every chance it’s delicious — it might even be good for you — but it remains difficult to pin down. Indeed, there is a lot going on in The Wandering Soap Opera (La telenovela errante), a previously unfinished project that has been completed for release by Ruiz’s widow and long time editor Valeria Sarmiento.

It is a work that is packed to the brim with surrealist nods to the radical upheavals that were happening in the country at the time and also to that incomparably idiosyncratic medium, the telenovela itself. Ruiz’s film appears to suggest that as Pinochet stepped down from power, the politicians and Chilean people were acting as if they were in such a soap opera. The ability to truly understand this chaotic piece of work might rely on the viewer having knowledge of both the key figures involved and perhaps even the serialized TV shows themselves.

The motive here is far from mockery. If a camp sort of sincerity is what defines the telenovela genre it is also what makes it so difficult to satirize in any worthwhile way. It has become significant to the cinema more for its influence on directors (mainly filmmakers of Spanish or Latin American descent but others, like David O. Russell, have been known to try). Ruiz is certainly of that school and uses that sincerity not to devalue the medium, but rather the political system that was around it. Pinochet had terrorized the country for almost three decades but, if this work is anything to go by, Ruiz certainly wasn’t impressed with what had followed.

The Wandering Soap Opera plays like a scattered seven-part portmanteau, almost reminiscent of Monty Python at times but with the surrealism notched up to 11. It is in fact a continuous story told over seven days, although you might find that difficult to tell. Day 1 shows a man attempting to seduce his brother’s wife with his “muscles,” which are actually raw cuts of meat. Day 7 shows a man with a string of spatulas connecting his neck to the wall. In between we see Kaufmanesque shows-within-shows, multiple people getting shot, references to political parties, lots of shouting and swathes of bizarre dialogue. A great many other peculiar things happen. Needless to say, little is explained.

The look should be familiar to anyone with any experience of these strange beasts and, in pure aesthetic terms, there is still much to appreciate: the 4:3 television screen ratio, the vibrant color, the polyester, and big hair. What presumably won’t be familiar to most audiences is everything else. The unconverted should approach with caution but it’s a treat for the diehards, perhaps.

The Wandering Soap Opera premiered at Locarno International Film Festival and opens on May 17, 2019.