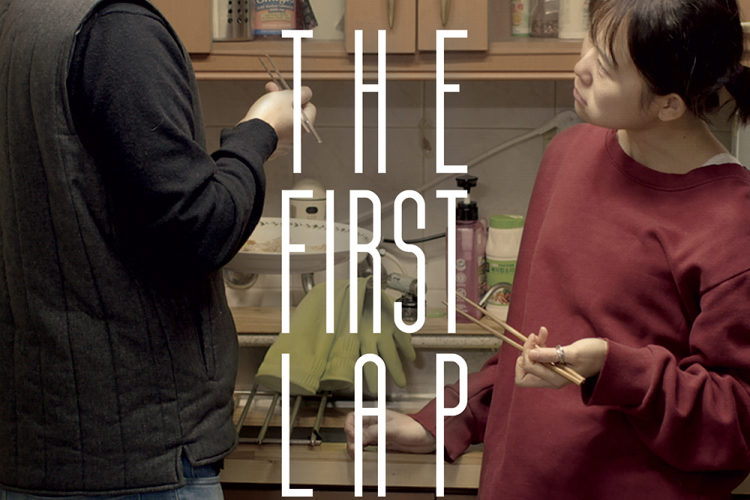 Locarno in L.A. Review: ‘The First Lap’ Shows the Comfortable Aimlessness of a Stable Relationship

While the title suggests a beginning and the story likewise introduces the possibility of one, The First Lap is actually about a relationship that’s gone through nearly all of its “firsts.” Ji-young (Sae-byeok Kim) and Su-hyeon (Hyun-chul Cho) have been a couple for six years. He teaches at an art school and she works at a tech company. They’re middle class, she originally from the “upper” and he from the “lower” ends of that scale, but that doesn’t matter much to either of them nearly as much as it does their parents. The pair are settled, the film nestling in with them in the comfortable aimlessness of being childless 30-somethings together.

The “childless” and hence the “aimless” parts of their existence are threatened when Ji-young observes that her period is late. But the specter of parenthood does not disrupt their dynamic the way it might in a more conventional drama. Between the taking of a pregnancy test and the reveal of the results, the movie occupies itself with low-key everyday minutiae, as well as extended sequences of the couple visiting their respective families together. Their status quo might be about to flip, or maybe not. The frission between everything being as is and the possibility charged beneath runs through many of the scenes, particularly when the leads confront their parents. None of the older generation can understand their contentment with unmarried cohabitation, and both sets of moms and dads insist that marriage and starting a family are necessary for people to become whole.

While unmarried 30-somethings aren’t seen in quite this light in other cultures, the idea of marriage and children as a vital, logical “next step up” for people still remains throughout the world. The First Lap considers life not as a series of boxes to check off but as a horizon where you can pick whatever path you see fit – not a pool to swim through but a wide sea of possibility. Ji-young and Su-hyeon are fine together, just as they are, and one gets the sense that they’ll continue to be fine whether they have a baby, start a new business, or continue precisely as they already do. Kim and Cho inhabit their playful ease with one another, expressing love both in cuddly and frostier moments.

Relationship stability stands in contrast to the hectic world around them. The film is set against the backdrop of unrest over South Korea’s massively corrupt (now-former) President Park, with several scenes taking place in the midst of political protests. Director Dae-hwan Kim works in long takes, either settling into quiet evenings eating takeout or gliding along a commute. The First Lap conveys the reassurance of having a hand to hold in uncertain times, and how merely holding it can be enough.

The First Lap plays on April 8 at Locarno in Los Angeles.