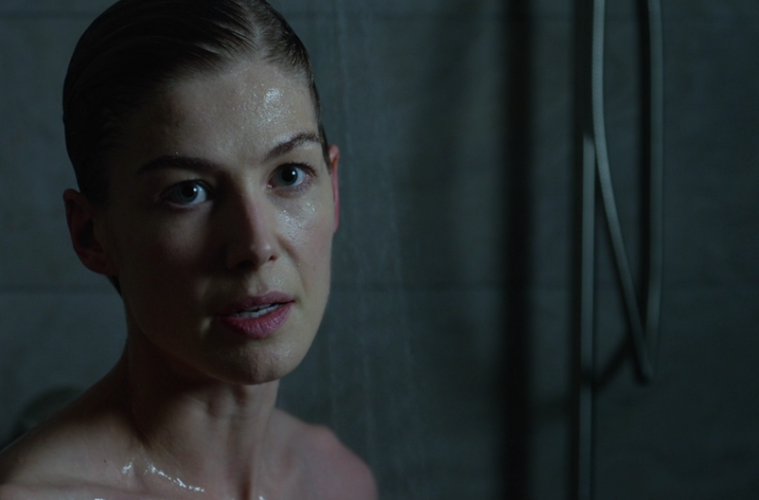 While it might not have the stand-alone listenability of their collaboration on The Social Network, Trent Reznor and Atticus Ross‘ dreamlike Gone Girl soundtrack was the perfect fit for Gillian Flynn’s material as directed by David Fincher, and today brings a different look at the score. In releasing “the first of several tracks” he and Ross recorded that didn’t make the final cut, the song is titled “Abandoned Sets.”

“We never start the composing process for a film by writing for specific scenes — we like to explore a variety of moods and textures to see how they feel in different places and contexts,” he says on his iTunes page. “This particular track is one we really love but wound up not playing so well with others… Let me know how it works out for you!”

In related news, it looks like that long-rumored Fight Club rock opera is moving forward. A since-deleted tweet from Chuck Palahniuk at Comic-Con teased the project, which has Fincher, Reznor, and Julie Taymor all involved. “Fincher is optioning the stage rights. He’s finally moving on to the big rock opera,” the author recently told MTV. “David says that there’s been a rock opera for every generation, you know, ‘Tommy’ and then ‘The Wall,’ but there really hasn’t been a really big one for the current generation – and he and Trent Reznor are really determined to make that happen. And David’s been consulting with Julie Taymor, the director, and she’s been kind of coaching him on what it takes to get a huge stage production.”

When it comes to a timeline, he said Fincher has given Reznor a year to write the music, according to an interview with The Wrap, so after meeting last summer, perhaps we’ll hear confirmation soon. As for what to expect, the author says Fincher “wanted that huge visual spectacle and was making plans to stage this in multiple cities simultaneously.” So, as we wait to hear more about Reznor’s potential EGOT bid, check out the unused Gone Girl track below and return for more, along with a behind-the-scenes video from the recording sessions and interview.

Listen to our discussion, feature on the commentary and more from Gone Girl here.