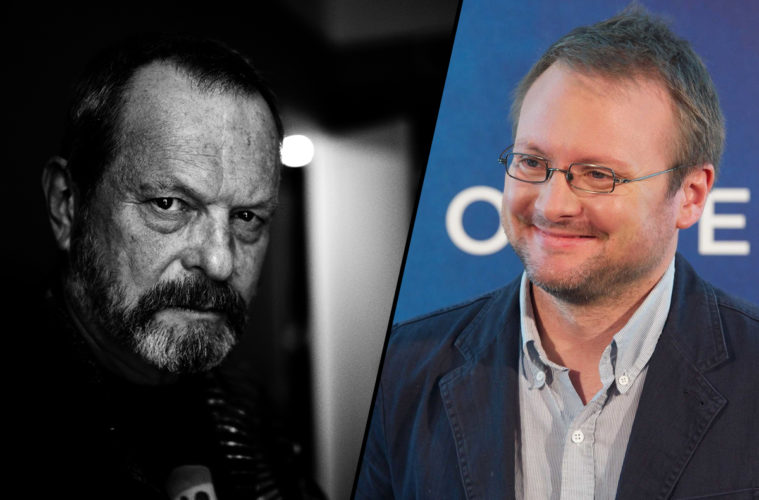 As Terry Gilliam‘s The Zero Theorem finally lands in U.S. theaters today, the publicity tour has afforded him some unique opportunities and now we perhaps have the best one possible. For The Talkhouse, the director spoke with his colleague Rian Johnson for a candid, extensive 50-minute conversation. Their talk covers social media, aspect ratios, award screeners, piracy, shooting Star Wars, maintaining mystery, the status of Don Quixote, working in television with The Defective Detective, opera, criticism, and much more.

The whole talk is certainly worth listening to, but many will focus on the Looper director’s comments regarding Episode VIII. Johnson says, “Kathleen [Kennedy] and her whole creative team have been so insistent on all the filmmakers they’ve been hiring for these new movies: ‘We want you to take it and turn it into something that you really care about.” And we’ll see how the process plays out, but so far, that’s a big part of the reason I’m in it. Because that just seems like their attitude towards it. It’s really exciting actually.”

Check out the full conversation below, split up into two parts, and listen to our review of Gilliam’s latest, as well as our interview with one of its stars.

What do you think of the conversation?